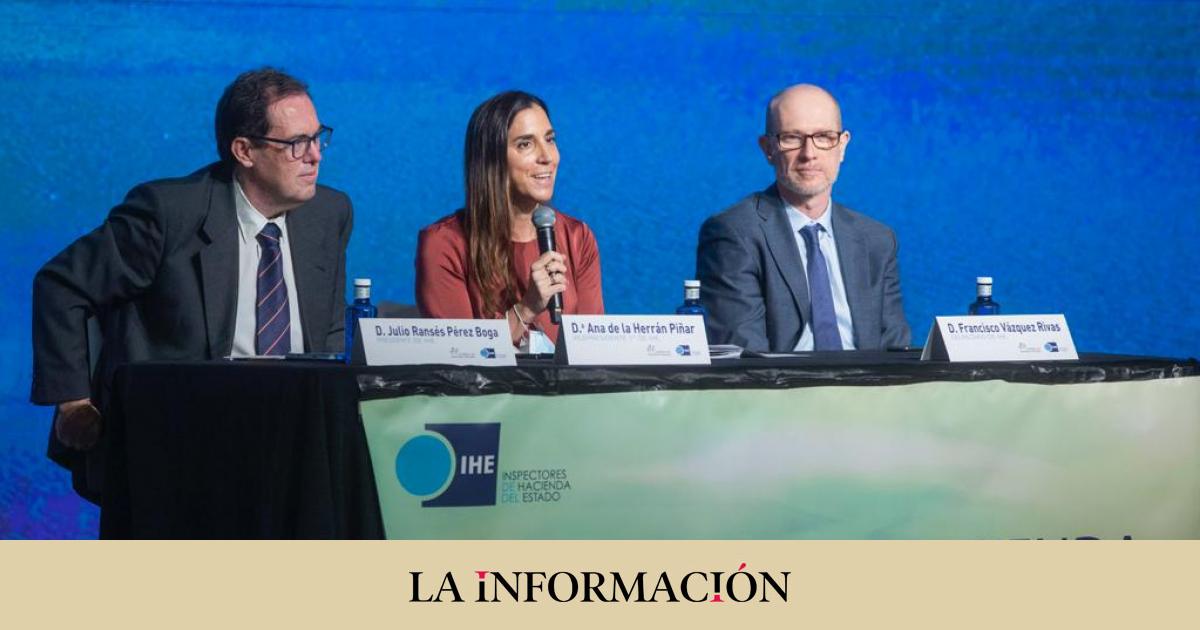 “We have written several letters to the Minister and the Secretary of State requesting an urgent meeting, we have sent them proposals for the reform of the oppositions (…) They have neither received us nor have they responded to us.” The complaint transfers it Ana de la Herranvice president of the Professional Association of State Treasury Inspectors (IHE), in a conversation with La Información. The group of inspectors will refer to the courts the agreement signed by the Government and the unions (CSIF, CCOO and UGT) on November 3 to facilitate the access of rank-and-file officials to higher bodies, making internal promotion tests more flexible and reforming the opposition system.

De la Herrán, as the IHE has been denouncing, assures that the system that is intended to be applied carries two risks: the low qualification and the introduction of subjective criteria that make, for example, seniority weigh 60% when promoting -which from his point of view grates with the idea of ​​wanting to “rejuvenate the Administration”- or that the courses that have been done have a lot of weight throughout the working career. The agreement reached between the Civil Service and the unions significantly lowers the current requirements to facilitate internal promotion: it eliminates oral exams, practical exams and language tests, reduces the syllabus -which is barely 20% of what it was- and establishes a single multiple choice exam.

The objective of the Department headed by María Jesús Montero is that there are fewer unfilled internal promotion positions in order to solve the aging problem that currently affects the Administration. A recent report from the Institute for Fiscal Studies (IEF), under the Ministry of Finance, confirmed how 46% of public employees are over 55 years old, while only 5.4% are under 34. According to data from the Active Population Survey for the third quarter published by the National Statistics Institute (INE), the public sector accumulates more than 3.5 million employees. employees compared to the 17 million that make up the private sector.

However, the Inspectors consider that this “laudable” objective should not be pursued at any price or end in a “death” of the current Administration. “If the internal promotion positions are not covered, the reason will have to be seen”, points out De la Herrán, who is committed to establishing a long-term forecast of when and how many places will be called, for increasing the scholarships for the opponents on free duty (who are not yet civil servants but meet all the requirements to run for the entrance exams to a certain position), as is already done with notaries, and for extending aid to people who want to take the opposition but are in an unfavorable situation. He also considers that it would be useful to reduce the deadlines for the calls.

They also consider that the reform will mean the disappearance of the opponents of free turn to any position of the A1 group (they are those who carry out managerial functions of management, inspection, execution, control, study and proposal of higher level, such as the inspectors themselves, State lawyers, judges…) who dedicate several years of their lives to training and studying so that, via opposition, they can gain access to that level. With the reform, the easiest thing would be to access the lower group (A2), whose tests are less complex, and move up by internal promotion after two years with the multiple choice exam that the Civil Service now proposes. “It would be necessary to carry out an exhaustive study of the figures, the causes and the possible alternatives” to solve this problem of lack of troops, the vice president of the IHE points to ‘La Información’.

At the moment, the Professional Association of Treasury Inspectors has signed the agreement with their lawyers and they have given themselves until the beginning of the year to present the appeal before the courts. They have managed to collect a total of 1,500 signatures (out of a total of 2,000 State Treasury inspectors who currently carry out their activity) that reject the pact between the Executive and unions. The objective is to present them to the minister next December 14, after a concentration in front of the headquarters of the Ministrythe first concentration that this group has convened to date.

The Basque Country asks for 400,000 workers to face its “great retirement”