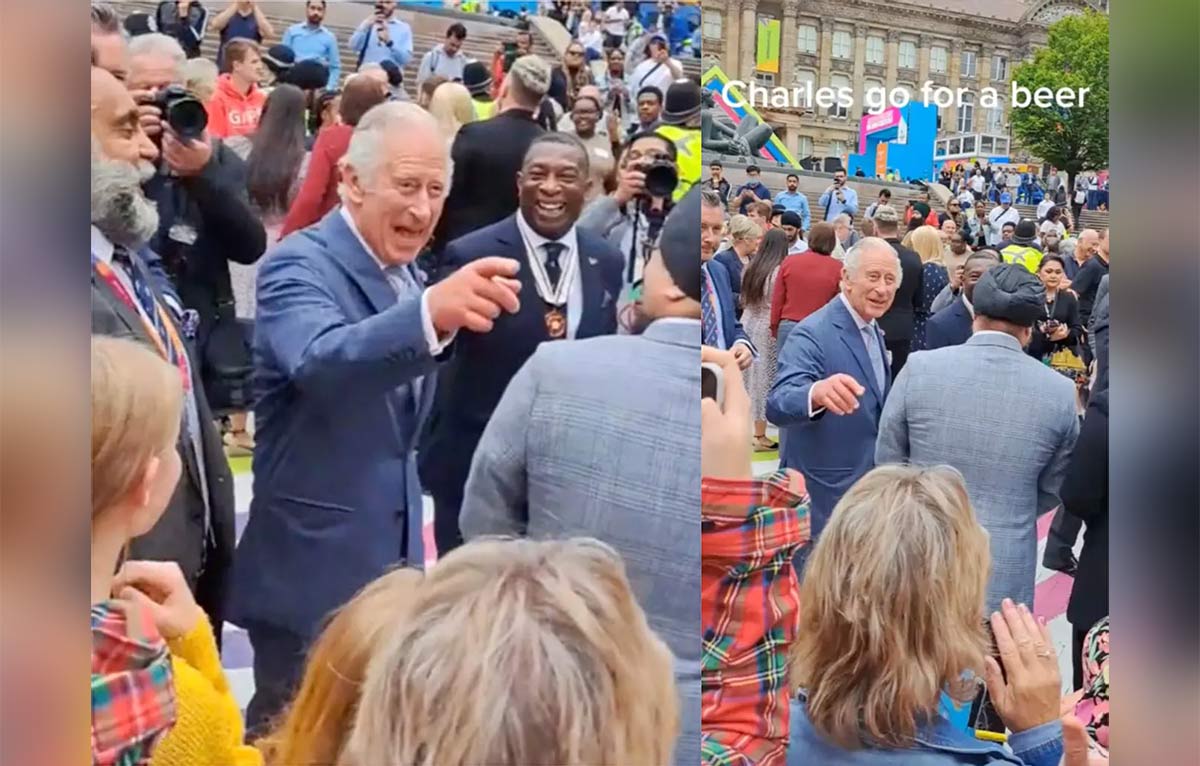 WATCH: King Charles’s witty response to a fan who asked him out for a beer

King Charles is currently posting on social media about his quick response when someone asked him out for a beer.

The clip was filmed during the opening ceremony of the Commonwealth Games in July with Prince Charles as himself. However, the video is gaining momentum after the royal ascended to the throne last week following the death of his mother, Queen Elizabeth II.

In the 14-second video, the royal can be seen waving to the crowd as a man identified as Daniel Walker says, ‘Charles, do you want to go for a beer?’

However, Charles looked confused as he said, ‘What?’

However, Walker was undeterred and repeated his unreasonable request.

At this time, the owner’s eyes brightened as he replied, ‘Where?’

Although, the unrecorded period drew the public and the future King out of laughter.

The aforementioned video has been viewed by more than 8 million viewers and nearly 3 thousand comments.

At the time, Walker spoke about the funny exchange after it happened.

He said, ‘People don’t see all the good things he’s done, because they’re always looking for the bad things — but I have a lot of respect for him.’

In addition, he added, ‘I hope he’s still around for that pen, because it’s unbelievable.’

Many believe that King Charles’s response proved that he was a human being and not a ‘conceited monarch’. They took to social media to talk about the viral clip.

One fan wrote, ‘The future king has time for people.’

In addition, another digital supporter said, ‘It’s good to see some people in it, very good to see.’

On the other hand, a new fan said, ‘He’s winning me over.’

At the time, some users felt that the communication was similar to the king.

One user said, ‘Lucky to have met him a couple of times, he’s always down to earth with a smile.’

Another commented, ‘He’s so funny! I met him when I was 17 years old and asked if I could marry one of his sons. He said “choose yourself.”‘

While another user compared her response to the late queen’s wit, saying, ‘She has the same sense of humor as her mum.’

Few people know Queen Elizabeth II was awarded a BAFTA – where did she keep it?