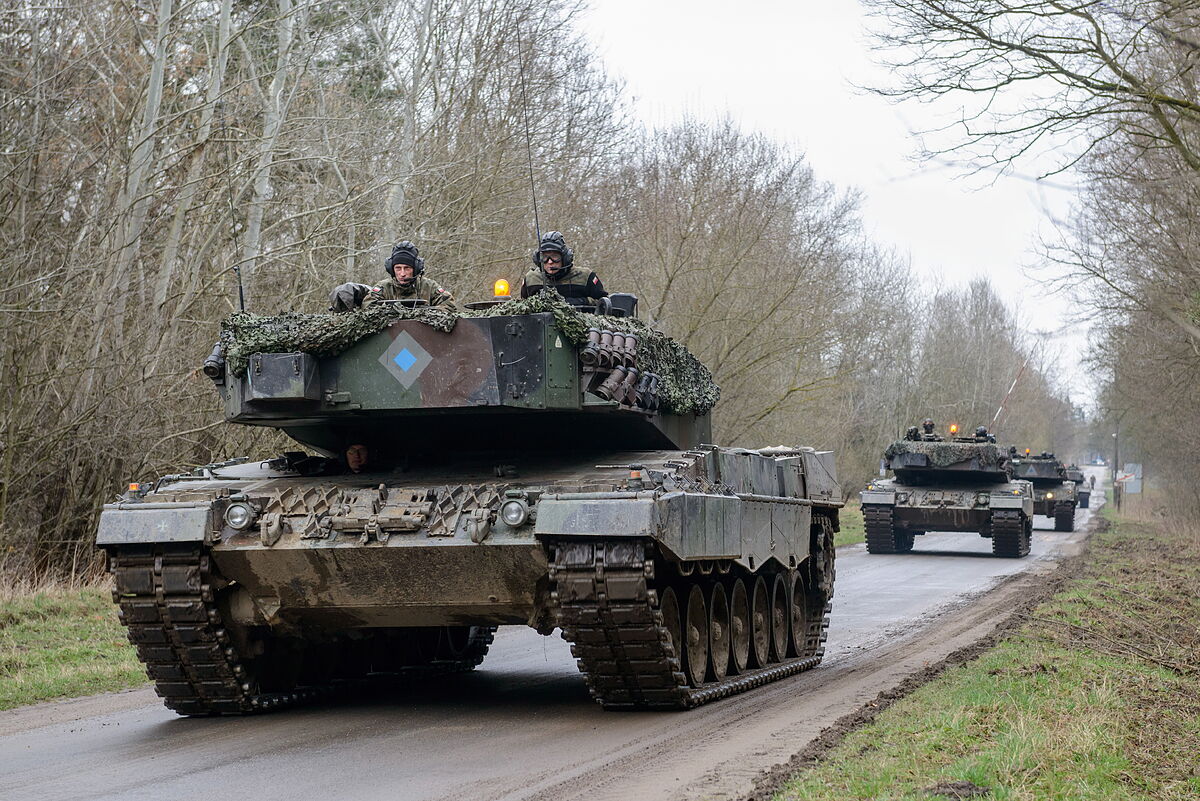 In exchange for this movement, Berlin should lift all its objections to the transfer by third countries of the German-made Leopard 2

The Joe Biden government is considering sending a “significant number” of M1 Abrams battle tanks to Ukraine. In return, Berlin should lift all its objections to the transfer by third countries of the German-made Leopard-2s. The news has been published by the newspaper The Wall Street Journal, the same one that already revealed last week that German Chancellor Olaf Scholz had set as a condition for the lifting of the German veto on the Leopard 2 that the US deliver the M1 Abrams to kyiv. According to the ‘Journal’, the announcement could be made public this week.

Thus, Scholz would have gotten away with it, against the advice of the US military, who believe that the Abrams is a much more complicated vehicle to maintain and with much more fuel consumption than the Leopard 2, which means more tensions for an exhausted Ukrainian logistics, which works with heterogeneous weapons systems supplied by more than thirty countries. But at the same time, Washington’s decision would put the Berlin government in an untenable position: if the UK has already decided to deliver 14 ‘Challenger’ tanks (oddly enough, the ones that have managed to hit an enemy tank in a more ranged combat situation around the world) and if the US agrees to send the ‘Abrams’ (which , at least in the short term, it would almost complicate more than favor the Ukrainian defense) on what basis can Germany continue to refuse to give the Leopard-2?

According to the aforementioned American newspaper, the preliminary agreement between Scholz and Biden was reached in a telephone call between the two on Tuesday of last week, three days before the meeting of the Ramstein group, which coordinates aid to Ukraine. At that meeting, Berlin once again blocked the delivery of the Leopard 2, although it reluctantly agreed that the countries that have them can train Ukrainian crews in their use, which is a way of implying that the cars will end up being delivered to kyiv. Poland has announced that it has requested authorization from Germany to deliver 14 Leopard 2s to Ukraine.

The only NATO country that has the Abrams is the United Statessince Poland has bought them, but will not receive them until 2026. This is not the case of the Leopard 2, which is the tank of most of the countries of the Atlantic Alliance, including Spain.

The Abrams’ problem is their maintenance. Countries like Saudi Arabia or Iraq, which have them, have bought them with maintenance contracts – often with the vehicle manufacturer, the General Dynamics company – for periods of between 5 and 7 years. One of the big differences of the Abrams in relation to the British Challenger, German Leopard 2 and French Leclerc (although France never quite clarifies if it is willing to give those cars to Ukraine) is its engine. The M1 have a turbine engine, that is, similar to that of an airplane, while the others have diesel engines. That’s a fundamental difference that makes learning to drive that tank and maintain it properly a much longer process than the others. Thus, the delivery of Abrams would challenge the principle of the US Secretary of Defense, Lloyd Austin, who is the one who directs the aid program to Ukraine, to give aid who the kyiv government can use immediately.