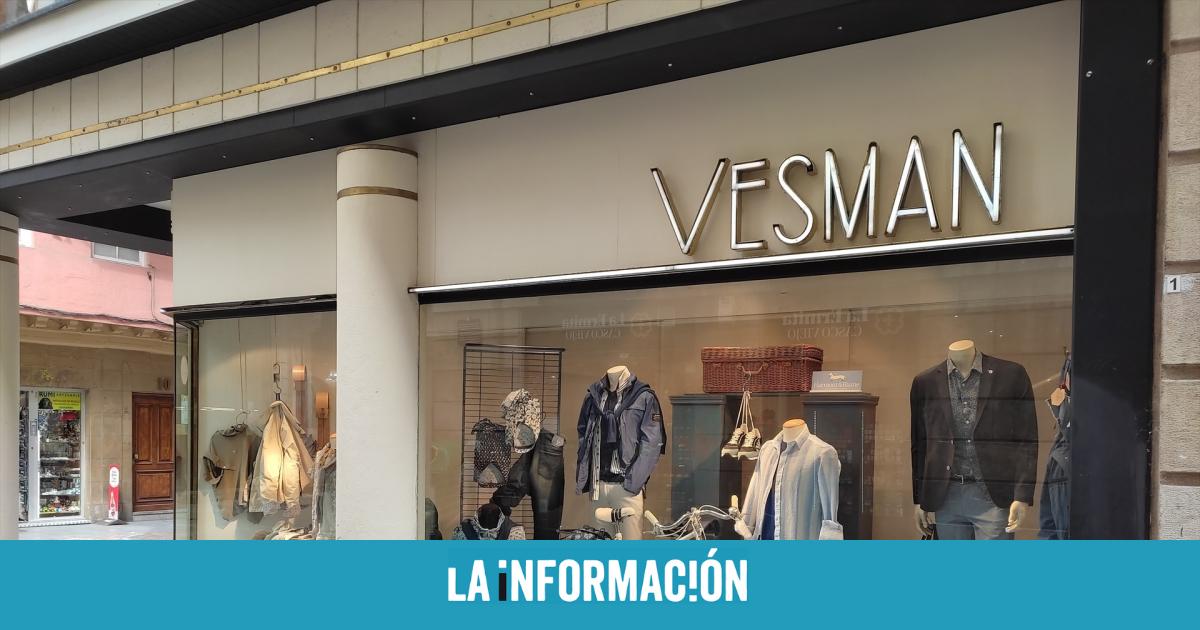 Dotted along the street are several stores with the same fluorescent-colored sign on the door. The message varies: sometimes it’s “For Rent”… other times it’s “For Sale”. Lights off, doors closed, dusty and a silence that has been going on for months now. The image is more and more common. In any city. On any street Between January 2018 and October of this year 40,493 small businesses have closed in Spain. The two years prior to the covid-19 pandemic were already difficult for the sector and some of the problems that hit it then have become structural. Between January and October, both included, 16,843 businesses have been lost in Spain. They have disappeared at a rate that had not been seen before, since in 2020 -in the worst year of the health crisis- they were forced to liquidate 10,086, according to the data handled by the self-employed associations.

“We arrived late to give medicine to a patient who is practically hopeless,” says Eduardo Abad, president of the Union of Professionals and Self-Employed Workers (UPTA). The financial crisis, first, the pandemic later, the cuts in the supply chains, the energy bill, inflation, fierce competition from digital commerce giants (Amazon, AliExpress, Shein…) and their own brands -who decades ago had them among their priority clients and now they are relegated to sell their products on the Internet outside of local businesses, but not of the large distribution companies- have given the blow to a good number of these micro-SMEs.

In reality, the problems for the sector date back to before 2008, when the proliferation -saturation in some provinces- of shopping centers completely changed the commercial map. Not everything has been external factors, Abad explains. Added to this in many cases is the lack of a clear business plan or a serious feasibility study before embarking on the project of opening a store. The average life of a small business in Spain does not go beyond two years and 82% do not even meet themexplains the president of UPTA.

A saturated and very competitive market

The concatenation of crises has been expelled from the labor market to many workers in maturity. According to the Active Population Survey (EPA), in the third quarter of this year (the latest data published) the unemployment rate among those over 55 years of age stood at 10.48%. It is the lowest since the first quarter of 2009, It is far from the peak of 19.78% that was reached between January and March 2013 -in the midst of a recession after the sovereign debt crisis- but it is still very high for a group that finds it very difficult to rejoin the labor market. Many of these unemployed workers end up opting for self-employment in order to survive.

“Those who set up a business come to a saturated market, with a highly competitive and highly digitized offer,” adds Abad, who points to the lack of training as an added difficulty. From the sector itself, they explain that age is one of the biggest challenges they face, although their perspective is different: the necessary generational change is not taking place. “There are many merchants between the ages of 50 and 60 with children who have studied a career and who are not going to continue with the family business,” explains Carlos Moreno, vice president of the Spanish Confederation of Commerce (CEC), the most representative at the national level. national since it brings together a total of 435,000 merchants.

Moreno warns that If this change does not take place, in ten years half of the local trade in Spain could disappear. The Social Security affiliation figures suggest that self-employed contributors to retail trade, mostly small merchants, totaled 494,816 last month (which implies that the sector has lost 11,423 affiliates in relation to the same month last month). previous year, 2.3%). In EPA terms, retail trade employs 9% of the total employed and 61.3% of trade as a whole. More than half are women and eight out of ten work full time.

The weight of the sector is not only relevant in terms of employment, but also in terms of its contribution to the country’s activity. According to data from the Annual National Accounts of Spain, trade in general increased its weight in GDP last year to 12.3% at market prices, while in the same year Neighborhood commerce contributed 4.7% to the national economy. It is, therefore, one of the most reliable thermometers for measuring the progress of the economy and, above all, consumer expectations. Those prospects have grown darker as the year has gone by.

A thermometer of the slowdown of the economy

“The slowdown in the economy is noticing,” says Carlos Moreno, who explains that sales have been going reasonably well through October overall, which were better in the summer months in the areas with the highest incidence of tourism, but that at this time of the year there is a general slowdown in many sectors. In principle, they expected a turnover increase of around 5% in the November campaign (in the same month last year there were still supply problems for some products due to the global shortage of containers) and, nevertheless, this falls more than 10% on average less than two weeks before the end of the month.

Even if a similar amount of products were purchased to those of a year ago, people are buying the cheapest or inferior quality because with the increase in inflation their purchasing power has diminished, the merchants explain. As happened a decade ago, Demand for private labels, unbranded products or ‘B’ brand is increasing. At the same time, there is a delay in purchases of durable goods. The vice president of the CEC explains that just the fact that ‘Black Friday’ and the World Cup coincide on the same date should have raised sales of household appliances by 20% this month and, however, at the moment they are falling around 15 %.

That this decline occurs in the eleventh month of the year is very significant. Depending on the type of trade, 20% of the total income for the year is played between November and DecemberHence the concern among its associates is evident. The increase in the cost of energy (which also affects them fully) and the war in Ukraine, together with high inflation, have filled the economic outlook with clouds and street-level commerce is the first to feel this uncertainty. The most optimistic already trust in repeating the income figures of 2021.