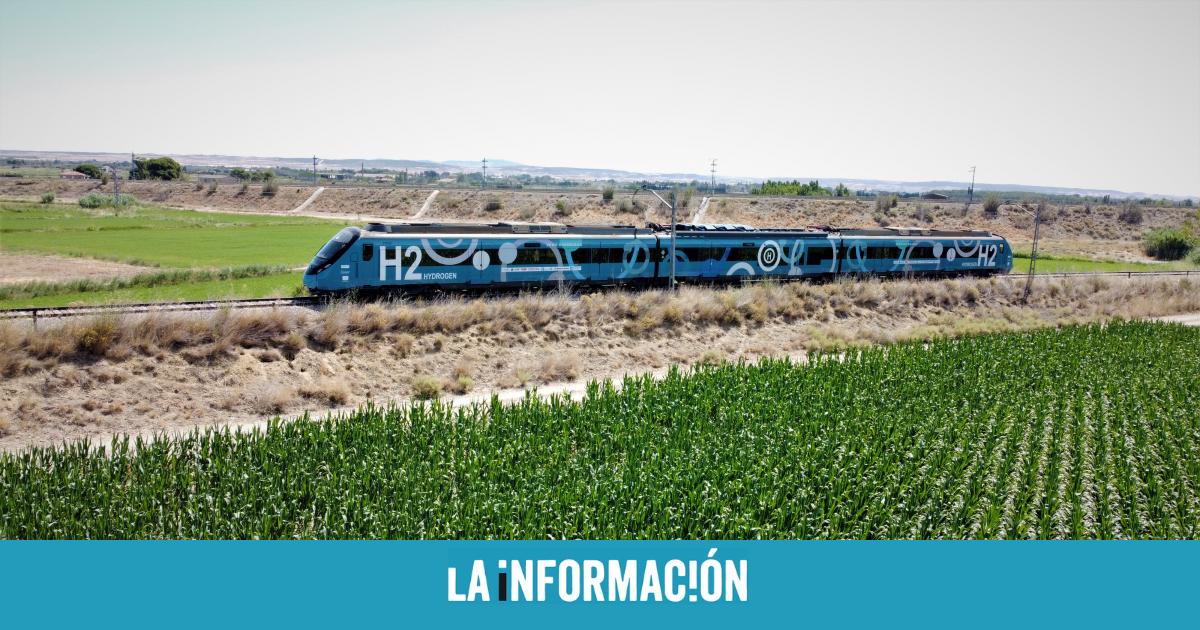 Spanish railway builders are embarking on the energy transition with the fashionable fuel that the EU has made its new pillar: hydrogen. The roads of the national network have already been visited by the first pilot projects that will allow moving trains with this fuel which will facilitate the extinction of diesel and move towards a fleet free of fossil fuels, positioning this industry as one of the leading sectors in the conversion towards a green economy.

This strategy, which originated at European level, aims to avoid the costs of electrifying the continental rail network, which has thousands of kilometers of tracks on which only trains powered by fossil fuels can run. These improvements involve high economic costs and an extended temporary period to save the different environmental requirements. Current technologies save them half, as is the case with battery-powered trains, since their autonomy is limited to a range of between 30 and 70 kilometers, depending on the weather and the profile of the route.

It is for this reason that hydrogen aspires to position itself as an optimal solution that allows replacing diesel traction and decarbonizing the railway sector, thus betting on a clean energy source that only emits water vapor into the atmosphere. This bet is obtaining an open door policy by the Spanish institutional actors, represented by the Ministry of Transport (MITMA) and the Administrator of Railway Infrastructures (ADIF).

The first has the Hydrogen as one of the strategic pillars for the development of Spanish railways in the medium and long term, although a spokesman for the body rules out the “short-term” acquisition of hydrogen trains by the public operator Renfe. They mainly attribute it to the little maturity of this technology which, today, is already operating in places like Italy, Romania or Germany, where the first line powered only by hydrogen is already operating, with units manufactured by Alstom.

Adif sources consulted by La Información assure that they are making all the necessary efforts to overcome all the technical obstacles, although there is “nothing that makes it unfeasible”. For this development, the collaboration of the State Railway Safety Agency, a key body for the future homologation of these units, is also being obtained.

These are the projects in progress

The Basque construction company CAF, together with Renfe, Adif and the National Hydrogen Center have formed the first Spanish technological alliance to develop the hydrogen fuel cell and adapt its use to railways. The FCH2Rail (Fuel Cell Hybrid Power Pack for Rail Applications) project, financed by the European Union, attempts to study the integration of a fuel cell system in a pilot train that already circulates through Aragon.

This project is not only limited to making the hydrogen train viable, but also to study the necessary regulations to put these trains on the tracks, analyze its safety, feasibility or integrate it into a hybrid propulsion system. To do this, Renfe has provided a Civia electric traction unit for commuter services, which CAF has converted into bimodal so that when it runs on tracks without a catenary it can be powered from the new module made up of fuel cells and batteries.

The other great Spanish constructor, Talgo, started testing its dual Vittal-One renewable hydrogen train in May. Composed of a laboratory locomotive, five cars equipped with hydrogen fuel cell technology and a laboratory car for test analysis, it is capable of reach 160 km/h powered by hydrogen and up to 220 km/h in electric mode. This design is complemented by several batteries dedicated to increasing power at start-up and which are recharged during braking, making it easier for the train to reach a autonomy of 800 kilometers Without eleectricity. Extremadura will be the place chosen to carry out their tests.

The winning result of the EuroMillions for Tuesday, October 25, 2022