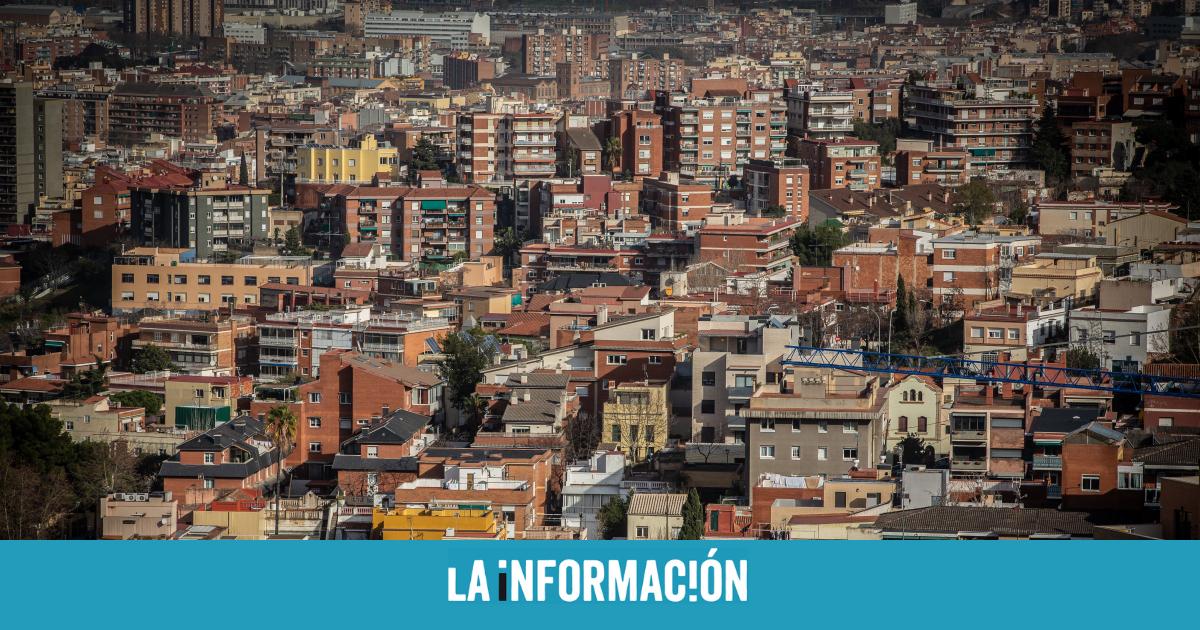 The Spanish economy is the only one in Europe that has not managed to leave the covid blow behind. At the end of this year and, according to the calculations handled by the Bank of Spain, GDP will remain around 2.3 percentage points below the level prior to the outbreak of the pandemic. The fact that inflation is staying at high levels for longer than expected, added to global uncertainty and the tightening of financial conditions will make the recovery less intense than initially expected.

Of all the components of national demand (public and private consumption and investment), the one that is furthest from the situation prior to the outbreak of the health crisis is the housing investment. Between July and September, it was still 14.3 points below the end of 2019, according to the National Accounts data published by the National Institute of Statistics. Meanwhile, private consumption is around 5 points below and gross fixed capital formation just three points below.

The rise in interest rates that the European Central Bank has been applying since last July to control inflation -and which will have an impact for a few more months- further pushes back that scenario of recovery for investment in housing. The official rates stand at 2% after the last increase decided in November by the entity’s governing council. The entity’s chief economist, Philip Lane, warned again this week that the body will raise them again in December, although he lowered expectations that said increase would once again be 75 basis points, as has happened in the last two meetings. .

The fact that inflation has soared in the euro zone to unprecedented levels since the incorporation of the common currency – it stood at 10.7% in October – has led the ECB to aggressively raise rates in a very short time. In another scenario, this normalization would have taken longer. Despite the fact that the rates remain at moderate levels in relation to how they were at the beginning of the last financial crisis, their increase “is already noticeable in a certain retraction of financing, particularly in the housing segment“says Santiago Carbó, director of Financial Studies at Funcas, in his ‘Economic Information Notebooks’.

This accelerated increase in interest rates is generating a considerable rise in financing costs for households and companies, which have difficulty facing this situation, not only because it implies a tightening of financial conditions, “but also because a very prolonged period of financial and inflationary exceptionality“adds Carbó. It takes place after more than a decade of cheap liquidity and baskets, an increase in public debt and practically stagnant inflation, which until 2019 was also a problem for the economy – there was talk of ‘Japanization ‘ from the euro zone.

In the review of its economic prospects published this Tuesday, the Organization for Economic Cooperation and Development (OECD) also drew attention to how the rise in interest rates will weigh on business investment and will hinder consumption and investment in housing in Spain. The club that includes the most developed countries is not the only entity that warns of a new stoppage of the ‘brick’. The Superior Council of Colleges of Architects of Spain (Cscae) recently lowered its calculations in relation to the behavior of new construction in 2023 and drew a context of very contained activity in the case of housing rehabilitation.

Between April and June, activity has put on the brakes for the second consecutive quarter. In this period, the area approved for both modalities was reduced by 0.5%, according to the data handled by the architects. In the case of the new houseAlthough the number of approved properties was almost 10% higher in the third quarter than in the same period just before the pandemic, when compared with those collected between April and June (the previous quarter), a drop of 4.1% can be seen .

What time do the deals start today?