The price of housing rose 8.5% in December in the big capitals 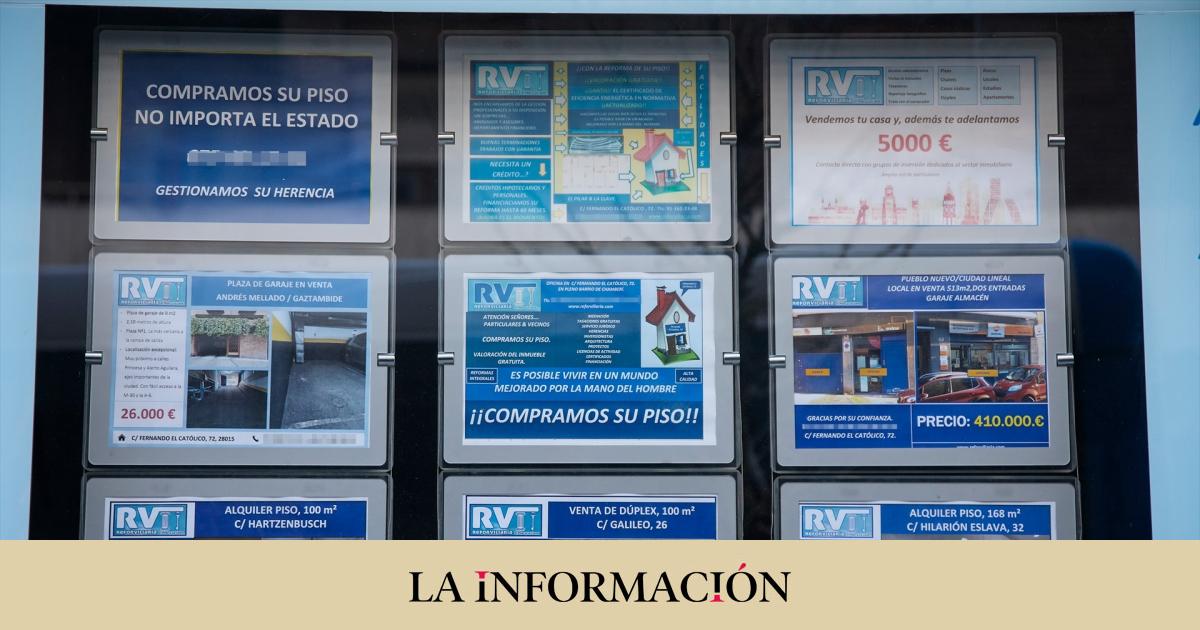 The last year closed with a notable rise in house prices, coinciding with the start of rate hikes by the European Central Bank (ECB) to control the high inflation, and with a strong upward pressure on the costs of materials. Both new and second-hand housing became more expensive 8.4% average in December with respect to the same month of the previous year, according to the data handled by Tinsa, the largest Spanish appraiser by turnover. The rise is even greater in the case of large cities and especially metropolitan areas. In the former, real estate became more expensive by 8.5%, while in the latter by 10.9%.

This strong increase in year-on-year terms gives way to a stagnation of prices in the monthly comparison, since Prices barely advanced 0.4% in December compared to November in the midst of a slowdown in the economy (to which the real estate market is very permeable) and an increase in the cost of access to financing both for fixed-rate loans and for those signed at a variable rate, which are mostly referenced to Euribor. Between the fourth quarter of 2021 and the same quarter of last year, house prices increased by 8.8%.

The rise in prices will be moderated by the economic slowdown

Much less dynamic was the increase in the cost of housing that occurred on the Mediterranean coast (5.2%), on the islands (2.2%) and in the rest of the municipalities (7.3%) in interannual terms. These three areas did, however, register a greater increase in monthly terms, especially real estate on the Mediterranean coast (0.8%). tinsa It is expected that the price of housing will moderate its increase as demand slows down due to economic uncertainty and the increase in the cost of financing after the rise in official rates -they stood at 2.5% in December, the highest since the end of 2008-.

The appraiser observes, in fact, a slowdown in sales in recent months. In the year as a whole, the volume of operations continued to be high. Am the fact that the offer has continued to be very contained This is what has also led to the rise in prices in the last year. The rise registered in the last twelve months means that house prices are on average 37% above the lows they touched in the summer of 2011, in the midst of the economic recession (GDP fell by 0.8% that year). , but they are still well below the highs they set in 2007, just before the brick bubble burst (they are more than 18% below.

In the case of the capitals and large cities, the drop in prices since then is 17%, while the Mediterranean coast accumulates a price collapse of 30.5% and homes on the Atlantic coast register a collapse of 29%. Last week, the National Institute of Statistics (INE) confirmed that the price of free housing rose 7.6% in the third quarter in the interannual rate. With this increase, the price of free housing accumulates 34 quarters of year-on-year growth, which is equivalent to a little over eight years of continuous increases.

How Martin Luther King Jr. has become a political card to generate more division in the US