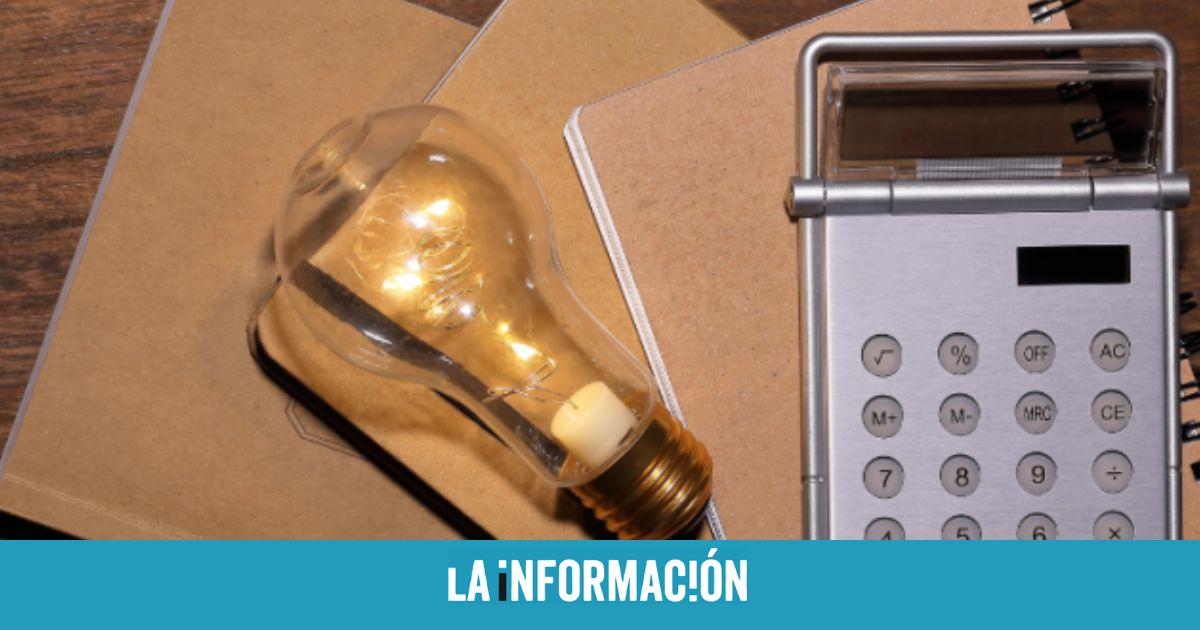 The fall suffered by gas in international markets in recent weeks will make it possible to crown October as the month with the lowest price of electricity for more than a year, before the Russian invasion of Ukraine began and the energy crisis broke out that crosses Europe. With two days to go until the end of October, the average price registered on the wholesale market is currently at 164 euros per megawatt hour (MWh), the lowest since September 2021, when electricity was paid on average at 156 euros per MWh.

In addition, it is foreseeable that the price with which October closes will be even lower, due to the sustained fall registered by the electricity market in recent weeks, which has led it to reach its three lowest prices in 2022 and mark an average of 110 euros per MWh during the last fortnight. Thus, the average for October is well below the 309 euros per MWh that was paid in August, the most expensive month in history, weighed down by high temperatures, increased gas consumption and low production renewable registered in a context marked by the Russian invasion of Ukraine.

In this sense, the same circumstances that caused electricity to set a record price in the wholesale market in August have been reversed to allow October to close as the cheapest month in more than a year, thanks to lower gas demand. Thus, the good temperatures are postponing the switching on of the heating systems in a large part of Spain, causing a drop in the demand for gas, which, added to the greater wind generation and the accumulation of reserves of this raw material – in Spain they are around 94 %- is placing electricity at levels not recorded for months.

The gas cap is without effect

The drop in gas has also generated an unprecedented situation in Spain, allowing the so-called Iberian mechanism not to have been applied for eight consecutive days as the value of this raw material fell below the maximum set by the Government. For this reason, the price of electricity in October if this mechanism were not in force -which limits the price of the gas used in electricity generation- would reach 169 euros per MWh up to now, slightly above the price recorded by the market with the gas cap. However, and despite the fact that in the last month the effects of the gas cap have been diluted by market circumstances, since it came into force on June 15, the Iberian mechanism has made it possible to contain the escalation of electricity more than one 15%: the average price since then is 245 euros per MWh, compared to the 288 that would have been paid without this mechanism.

Likewise, it has made it possible to place the price of electricity in Spain at values ​​significantly lower than those of the rest of the great European economic powers such as Germany (315 euros), France (363 euros) and Italy (400 euros). Despite this, due to the little influence it has had the cap on gas in the last month, the average price registered in Germany in October is lower than that of Spain, with 154 euros per MWh, while France (182 euros) and Italy (217 euros) continue with higher prices.

This fall in prices registered in the wholesale electricity market will also have a direct effect on the electricity bill paid in October by all consumers covered by the regulated market (PVPC), and which could be the cheapest of the whole year if maintains the trend in the days remaining to end the month. Until October 28, for a typical regulated market consumer, and according to the electricity bill simulator of the National Commission of Markets and Competition (CNMC), with a contracted power of 4.4 kilowatts and a monthly consumption of 250 KWh, the October bill is around 73 euros. If it continues in this price range, when October ends the bill could be around 80 euros, its lowest price of the entire year and the cheapest since September 2021.

The average mortgage becomes more expensive up to 73,000 euros before the ‘rally’ of the Euribor