The labor market for people with disabilities recovers after the covid 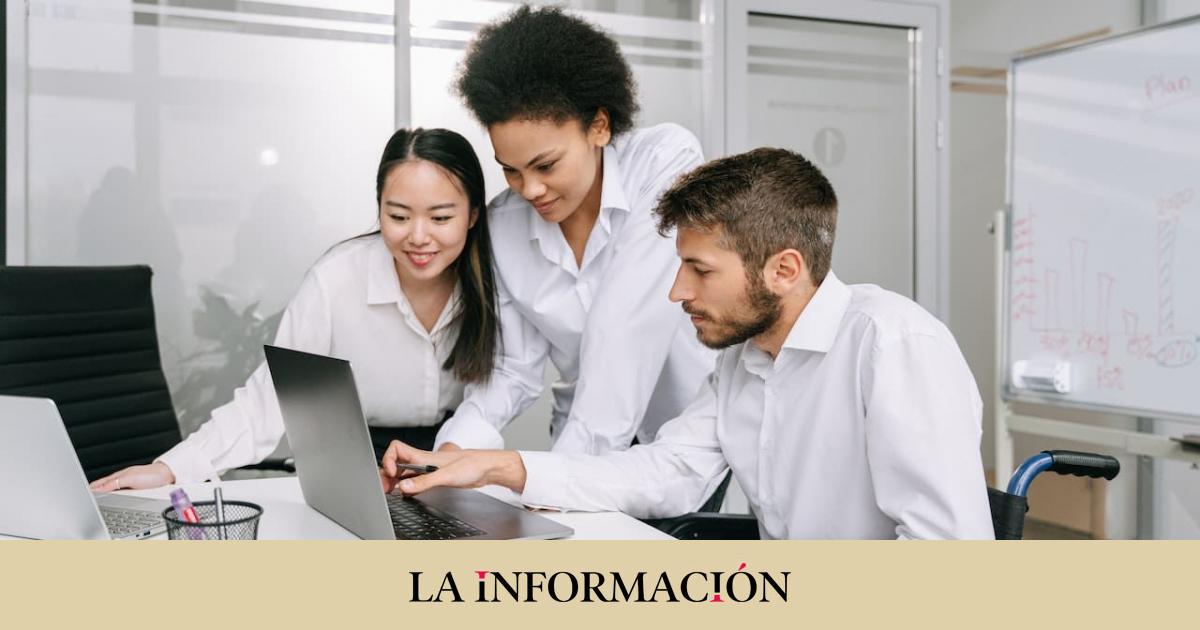 In the last week of the year, the Vice President and Minister of Labor and Social Economy, Yolanda Díaz, carried out an assessment of the effects generated by the labor reform in its first year of validity. The leader of the space to the left of the PSOE within the Government, emphasized the good results that the norm had had to reduce the temporary employment of the youngest and register the historical maximum of women working, a figure close to 9.5 million. However, she did not allude to what the employment data of people with disabilities were. Social representatives convey to La Información that by the end of 2022 This group has not experienced a sufficient improvement in employment to reach pre-pandemic levels.

“The pandemic was a severe blow to the employment of people with disabilities,” acknowledges Virginia Carcedo, general secretary and director of Transformation and Excellence at Fundación ONCE. “We came from record numbers, we had chained 6 uninterrupted years of growth and we already exceeded 350,000 annual contracts” -remember- however, the arrival of the coronavirus was a bump that ended up reversing the trend. In 2020, the hiring of people with some type of disability fell by 30%. A year later, it grew by 24%, but this improvement only served to recover the levels of 2016.

The latest data published by the National Statistics Institute (INE) They refer to the year 2021, so it is not possible to measure how employment has evolved throughout this year using this tool. However, there are other indicators such as the Unemployment and Contracts Bulletin prepared by the Community of Madrid showing positive signs. The latest record, from the month of September, shows that in the capital there are 17% fewer unemployed with disabilities than on the same date the previous year. And this drop is reflected in all sectors, being Industry, Construction and Agriculture where the unemployment of this group is most reduced. In addition, the hiring of first jobs stands out, where unemployment fell to 26%.

Signs of recovery that do not reach pre-covid levels

On the other hand, the number of contracts only rises by 2.45% compared to the same date in 2021. In the ninth month of 2022 there were 45 more people with disabilities working in the Community of Madrid than in the previous year, although the monthly difference was 700, an increase close to 60%. Although this is just a sample. From ONCE they are positive regarding the results of the year that ends and highlight that only in the first quarter 240,000 people with disabilities signed a contract somewhere in Spain, which represents an improvement of 10% compared to the previous March. “The recovery is difficult, but employment is gradually activating and 2022 will surely be a better year than 2021,” Virginia says.

Instead, Javier Fort, President of the Federation of Associations of People with Physical and Organic Disabilities of the Community of Madrid (FAMMA) assures that the important thing is to take the dates prior to the pandemic as a reference, a period in which there have been job losses and excuses for hiring people with disabilities. “We have not yet reached an optimal way to be able to say that we have recovered employment. The dates prior to the covid must be taken as a reference and of course we are still quite far from there,” he says in a telephone conversation with La Información.

Within the group there are also strong differences in employment insertion between the different ages. “Employment is the final consequence of all personal and professional development of people. That is, if we have had problems accessing the educational field and We have not been able to train due to the punishment that architectural barriers caused people with disabilitiesit’s very difficult to get a job,” he says. This is something that especially affects people over 45 of working age, since the situation was very different from that of a few decades ago, says Javier, which explains an important part of unemployment.

The youngest also face barriers, but those who have a university education increase their chances of being hired, they point out from FAMMA. Although, this is not the complete picture, since the ONCE Foundation estimated that 65% of the 150,000 people with disabilities between the ages of 16 and 29 were unemployed. A fact that Yolanda Díaz’s ministry also referred to in the 2022 report ‘Labor Market for People with Disabilities’, noting that hiring in the previous year had improved in all age groups, with the exception of youths. In addition, according to data collected by the INE only 1.7% of young people under 25 years of age were employed in 2021.

People with disabilities have three ways to access a job: the special employment centers in which 70% of the workers have some type of disability, ordinary employment and public employment. Many companies turn to these first centers to fill the positions for the group, says Javier, which is far from ideal, since he understands that ordinary employment offers the best integration. However, positively assesses the impact on employment of this formula and advocates that these centers continue to existsince they carry positive features such as collective agreements.

This is precisely the main demand of FAMMA in labor matters, which social clauses are incorporated into collective agreements for a more standardized incorporation. Through points that refer, for example, to health situations, needs in the employment center, supporting personal assistance in the work environment, something would have a great impact on the inclusion of dependent people or carrying out socialization activities , which is even more important after the pandemic period in which teleworking has contributed to isolating people with disabilities.

New Zero Rate for the self-employed in Murcia: requirements in 2023