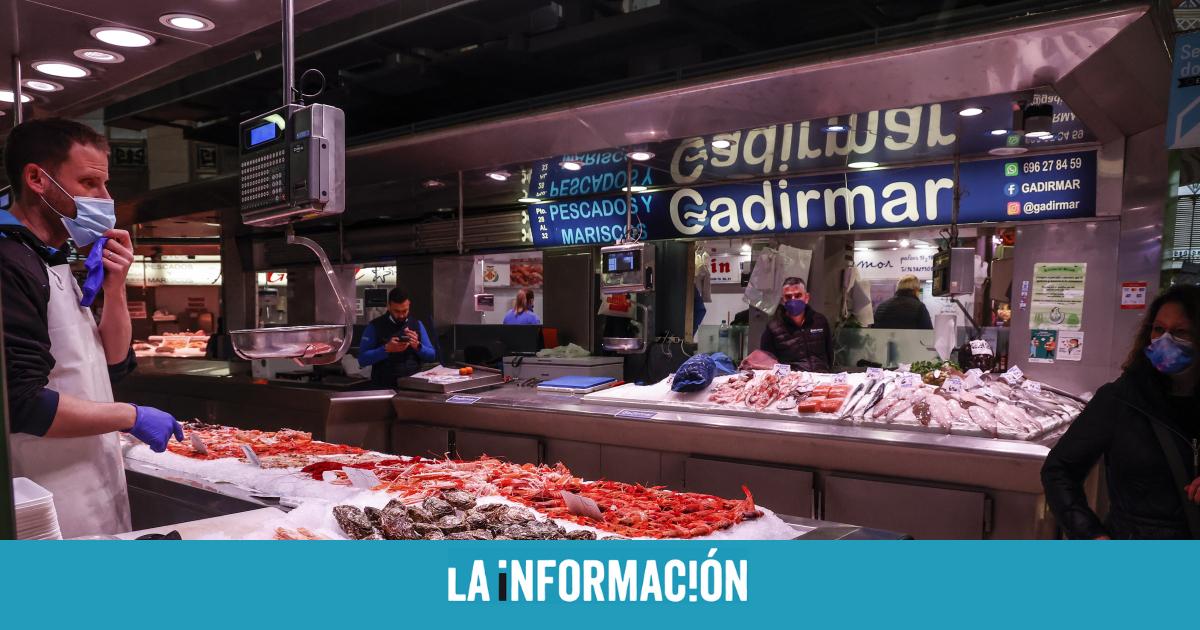 In October, the prices of food and non-alcoholic beverages registered a rise of 15.4%the largest of the entire historical series that the National Institute of Statistics (INE) began to produce in 1994. Sugar, which costs 42.8% more than a year ago; legumes, vegetables, eggs and milk, which have shot up 25%; or the oils and fats that, together with cereals and their derivatives, have seen their price increase by more than 20% are the foods that have become more expensive in the last year. After three consecutive months in which inflation has moderated in Spain Since the peak of 10.8% that it marked in July and that it is at its lowest level since Russia invaded Ukraine, the Food group is the one that has continued to put pressure on households.

The international context has a lot to say in this regard, since the problems come above all from the supply side -nothing leads economists to think that the demand for this type of product has grown strongly in the last year-. Russia suspended a few weeks ago the agreement to export Ukrainian grain through the Black Sea approved in July and which put an end to five months of blockade. It was a strategic move, since Moscow assured only a few days later that it would retake it. However, the damage had already been done in terms of increased costs. According to data from the European Commission, until the invasion Ukraine accounted for 10% of the world market for wheat, 15% for corn and 13% for barley.being also the main producer of sunflower oil (with more than 50% market share). The country also holds a key position in the global fertilizer trade.

The uncertainty surrounding the conflict has increased the cost of food from the beginning of the value chain, as has the rise in energy prices -especially those derived from petroleum-, the consequent rise in transport prices and the prolonged drought in Europe, which has fully affected Spain. At the top of the value chain is distribution. “We would have to see what is happening with business margins”, points to ‘La Información’ Javier Ferri, a Fedea researcher and professor at the University of Valencia. Food is the goods in which all these factors have an impact in a more pronounced way and, in addition, there is the fact that its price began to rise after.

A relief from spring

This base effect, which will begin to be felt more strongly in a few months, is what will make the rise in food gradually moderates until spring, when the pressure on the pocket will be less intense. According to Statistics, the increase in food prices reached double digits last April (10.1%) and since then it has accelerated to that unprecedented rate of 15.4% in October. The perspective is for a gradual improvement as long as the geopolitical situation or the energy crisis does not worsen and will also depend on some internal factors.

According to Ferri, inflation is behaving better in Spain than in other neighboring countries (its annual rate is the second lowest in Europe, only behind the French rate). because unions and employers keep the salary negotiation frozen and the increase in prices has not been transferred to salaries. If this happens, explains the professor, we will have to see how companies also react with their margins. “In this unstable equilibrium, second-round effects may appear” that reverse the trend towards moderation of the CPI, warns the Fedea researcher. Currently, the inflation rate triples the average wage increase agreed by agreement, which is 2.64%.

An economic viability plan for the agricultural sector

From the point of view of producers, the situation remains delicate. Pedro Barato, president of Asaja, stresses that cost pressure hits them from several sides: agricultural diesel is still expensive, labor has increased by 40% with the latest increases in the SMI, capital goods used in the fields have skyrocketed by up to 300%, and the situation with fertilizers continues to be critical . This strong rise in costs has not been fully reflected in the price that farmers and ranchers receive for their products. Barato assures that headers, farms are disappearing and that fewer and fewer young people are joining the sector, which makes the necessary generational replacement difficult.

As if that were not enough, in Spain, the world’s leading producer of olive oil, the drought has hit this year’s harvest, adds Barato in a conversation with this newspaper. The same has happened in Italy and Greece and the European employers’ associations in the sector warn that Community production could fall this year by around 35%. Faced with a scenario full of uncertainty, from Asaja they demand from the Central Government an economic viability plan for the sector in the medium term, with a horizon that moves between four and five years.

The winning result of the EuroMillions of Tuesday, November 15, 2022