The Government and banks limit aid for mortgages to homes up to €300,000 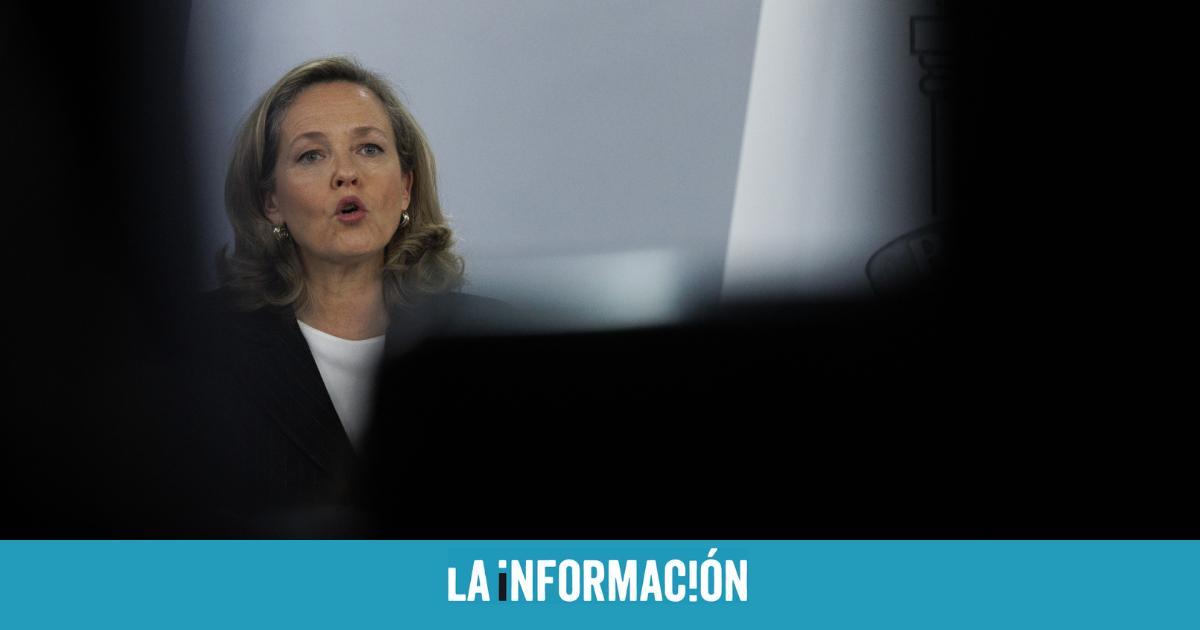 The Government and the banks place at 300,000 euros the maximum value of the homes that will be able to benefit from the new plan they have agreed to alleviate the effects of the rise in interest rates on vulnerable households with a mortgage. The pact, which tries to adapt the Code of Good Practices for these debtors to the current situation (a text that was approved in 2012 as a result of the last financial crisis), will allow this group to restructure the mortgage loan with a lower interest rate during the 5-year principal grace period, with Euribor minus 0.1% against the current Euribor plus 0.25%, as the Ministry of Economy itself advanced on Tuesday after closing the agreement with the sector.

This was confirmed by the first vice president, Nadia Calviño, at the press conference after the Council of Ministers, who has extended the term to 2 years to request the dation in payment of the house (the delivery to the bank of the property that guarantees the loan in exchange for the cancellation of the outstanding debt) and that contemplates the possibility of a second restructuring, if necessary. Those households with incomes of less than 25,200 euros a year that dedicate more than half of their monthly income to paying the mortgage may benefit from the Code with a grace period of 2 years, a lower interest rate during that period and an extension of the term of up to 7 years. This, even in the event that the mortgage effort is not increased by 50%.

More than a million families will be able to access the measures approved this Tuesday by the Government, which means that one in three households with variable-rate mortgages -which are those that are referenced to the Euribor, the indicator to which the vast majority of mortgages in the country are referenced- will be able to see their financial burden reduced. “The work we have done with the entities has been very intense and very constructive”, Calviño pointed out, who also stressed that there are two Codes of Good Practices that will have to be signed within a month by the banks so that the measures can enter into force on January 1 and has advanced that CaixaBank, the first Spanish entity by volume of assets, has already confirmed that it is going to sign it.

Despite the fact that the Euribor remains below historical levels, it accumulates a very rapid rise in installments and is already affecting 3.7 million households with variable-rate mortgages, who see how their installment has increased notably with the latest revisions. With the package approved today, the Executive intends that more than a million families have the option of reducing their mortgage payment “choosing the measure that best suits your needs and financial situation”.

Thus, the measures represent an improvement in the treatment of the 350,000 vulnerable families and allow temporary action on the more than 750,000 middle-class families who are “at risk of vulnerability”. They are those with income of 29,400 euros per year, who are considered at risk of vulnerability due to the increase in the mortgage payment (to which they must dedicate more than 30% of their income after having been affected by an increase of at least 20%). . To these households, the bank must offer them the possibility of freezing the installment for 12 months, a lower interest rate on the deferred principal and an extension of the loan term of up to seven years. The text also incorporates measures to facilitate the early amortization of credits and the conversion of mortgages at a variable rate into a fixed rate.

Caixabank, the first to adhere to the mortgage agreement with the Government