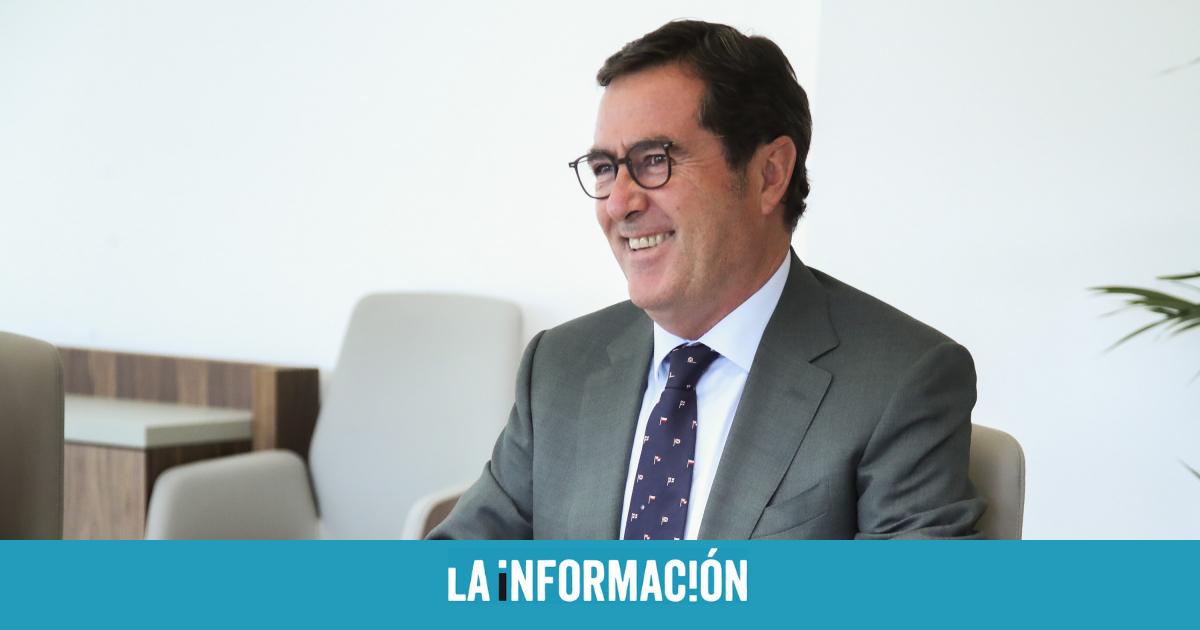 The electoral process to direct the CEOE enters a new phase. Genoa, through the Madrid employer CEIM, has given the go-ahead for a second candidate to dispute the leadership of the businessmen to the current president. Antonio Garamendi aspired to be elected by acclamation, as has been the case with practically all the ‘bosses’ of the employers since the creation of the organization in 1977 -this would be, in fact, the third time that the entry onto the scene of an alternative applicant would prevent fulfilling that script. The new scenario removes the possibility that businessmen and unions will be able to reach an agreement on wages that will serve as the basis for the rent agreement before the end of the year.

The Madrid PP supports the option that Gerardo Pérez, president of Faconauto, also join the elections, according to sources close to the organization. As this newspaper advanced, the president of the dealers caused a real earthquake within the employers’ association after acknowledging last month that he was studying presenting his candidacy to lead the employers’ association for the next four years. In the environment of Garamendi the news was received, at least, with surprise. CEIM has openly shown its support for the current president, so its approval of such an unusual scenario in CEOE elections is very significant.

The situation that employers are going through makes it difficult for employers to sit down at the collective bargaining table to reach a salary agreement before the electoral assembly on November 23. This is the thesis held by the general secretary of the UGT, Pepe Álvarez, who this Thursday recognized in a public act that the prospects for the rent pact “are not positive” right now and he hoped that the employers will “return” to the aforementioned table at the end of next month to redirect the negotiation.

Sources from the CEOE, however, emphasize that if there has been no agreement to date it is because the economic situation is very difficult and in no case has it to do with the open electoral process in the organization. They emphasize that there are permanent contacts with the unions, a multitude of tables and open forums, as well as regular meetings in which collective bargaining is also being discussed in a discreet manner. That is, avoiding the media spotlight.

The general secretary of the CCOO, Unai Sordo, has also been forceful in accusing the CEOE of “wiping itself off the map” so that the workers are the ones who bear, exclusively, the costs of inflation. Sordo criticizes the “lack of co-responsibility” of businessmen in the face of the price crisis that Spain has been suffering for eight months, and which maintains inflation at 8.9% in September, according to the National Institute of Statistics. The leader of the Commissions regretted that the example of co-responsibility that the employers gave during the pandemic through the agreements that promoted the ERTE, today “unfortunately, there is nothing left.”

As paradoxical as it may be, Garamendi’s commitment to reaching key agreements that were valued so much from the outside (the initial increases in the SMI, the labor reform, the extensions of the ERTE, the teleworking law or the ‘Rider law’, among others) is the one has earned him detractors within his own organization. The Minister of Labor and Social Economy, Yolanda Díaz, has urged this week the leader of the employers to stop blocking wage increases and sit down with the unions again at the collective bargaining table to advance a framework wage agreement ( Garamendi established as a red line that the salary increase was linked directly to inflation).

The rise in the maximum contribution bases of around 8.5% included in the General State Budget for next year has been the reason for the latest confrontation between employers and unions and the Executive. In any case, the last clash with unions and with the Government is on account of the rise in the maximum contribution bases included in the 2023 budgets, around 8.5%. The employers described this measure as “inadmissible” and criticized that it was done “with its back” to the social dialogue, which could compromise other ongoing discussions such as the one that has to do with the income agreement.