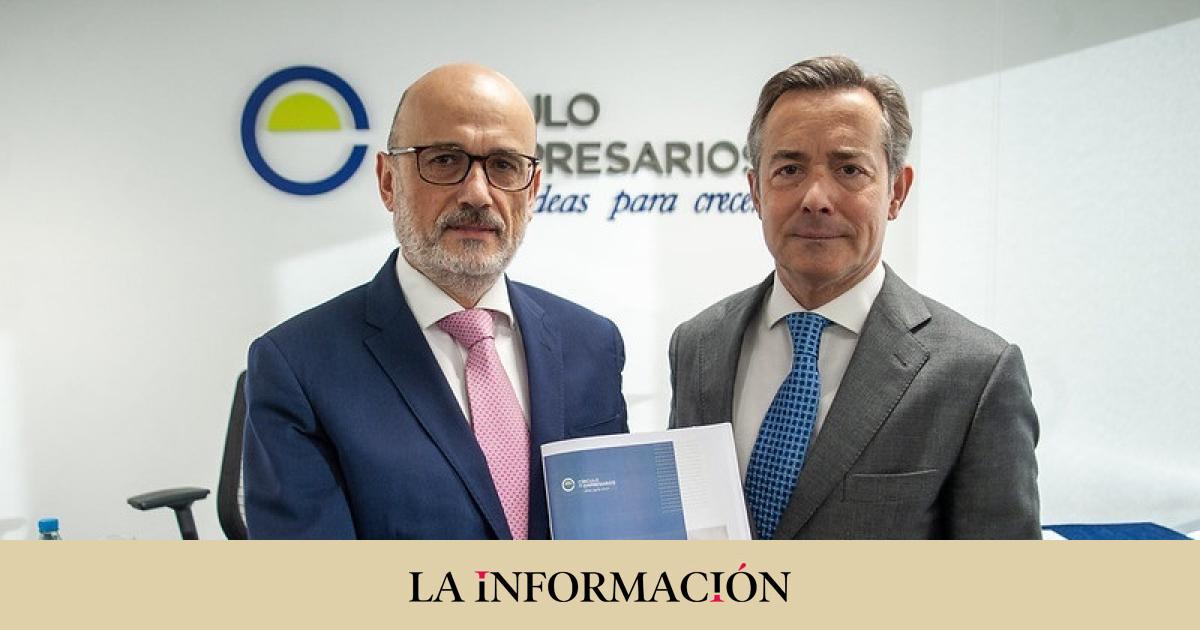 The Círculo de Empresarios proposes the integration of the municipalities that have with less than 5,000 inhabitantsIn addition, they urge to limit the spending allocated to public personnel of the Autonomous Communities and the State, in order to obtain Public Administrations, according to the organization, “more effective and efficient”, which save 50,000 million euros.

Specifically, as indicated in the report “More efficient and modern Public Administrations” presented this Wednesday, the Círculo de empresarios proposes limiting public spending to 40% of GDP by 2024 -from the 50.6% registered in 2021- to achieve savings of 48,600 million euros until that year, according to the Government’s growth forecasts.

During the presentation, the president of the organization, Manuel Pérez-Salas, explained that “the collection capacity of the Spanish economy it is around 40% of GDP”. “Let’s spend accordingly”, he requested. Likewise, Pérez-Salas has declared that a growth in public spending “does not guarantee better public services, but the waste and waste of resources”.

It is for this reason that the president of the working group in charge of the report, Ricardo Martínez Rico, has pointed out that the Círculo de Empresarios advocates “efficient and effective” public spending that guarantees public services but prioritizes “the necessary ones.” In his proposal, they include a “complete restructuring” of the Territorial Administrations which, in addition to the integration of municipalities with less than 5,000 inhabitants into associations, supposes “rationalize” the spending of the Provincial Councils in a first phase to, later, “suppress the intermediate political-administrative level between CCAA and Town Halls”.

The Círculo also advocates “resizing public employment”, especially in the communities, where Pérez-Salas has stated that “replacement rates must be adequately managed” to reduce the number of public employees in those with “excess”. This reduction in personnel would occur in areas such as health and education with the aim of standardizing per inhabitant spending between the different regions.

With regard to healthcare, the Círculo de Empresarios report advocates “assuming a clear commitment to public-private collaboration“, which, as indicated, has already given good results in communities such as Valencia, Andalusia and Madrid, Martínez Rico has assured. Pérez-Salas has pointed out that “it is time” to face the reforms of the Public Administrations due to the arrival of the European funds and has asked the Government to “seriously promote a public debate on the matter”.