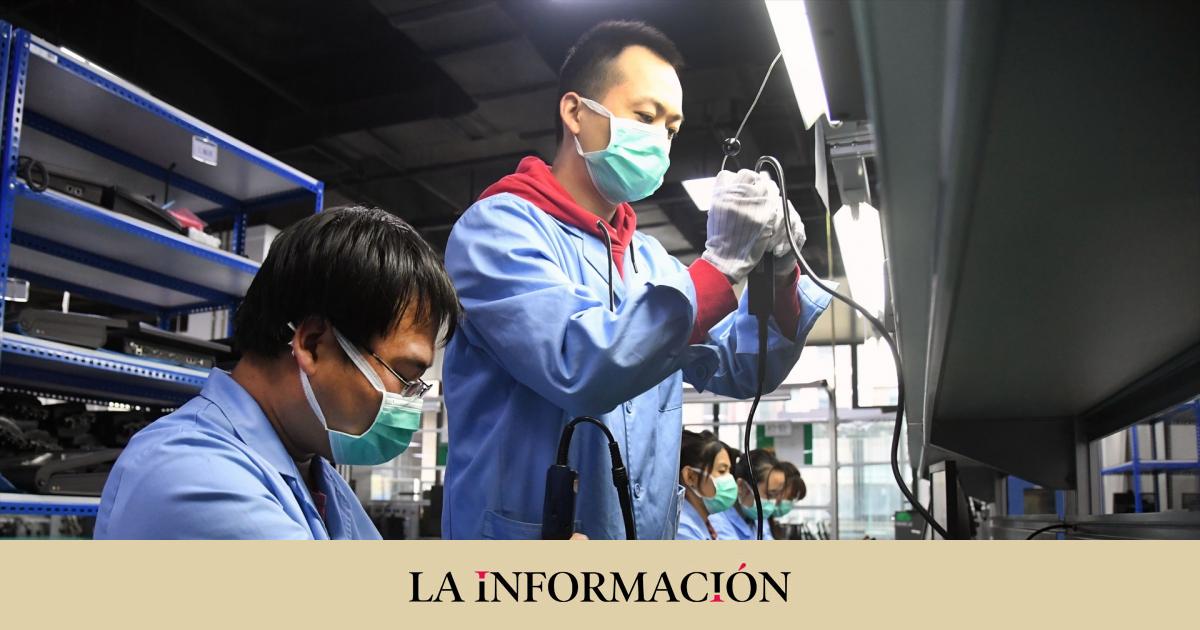 The world’s factory, China, is suffering the effects of the strong rebound in coronavirus cases that the easing of the ‘zero Covid’ policy has brought with it. The industrial activity of the world’s second largest economy fell in December for the fifth consecutive month. According to the Caixin Purchasing Manager Index (PMI) of the private sector, prepared by IHS Markit and one of the main references for international investors on the progress of the Asian country’s economy, the contraction in the last month of the year was due to both on the supply side and on the demand side, with the slowdown in the global economy.

Specific, the indicator went from the 49.4 points registered in November to 49 in the last month. Any PMI result above 50 points represents an expansion of the sector compared to the previous month while one below implies a setback. The data for December is slightly above what was expected by analysts, who predicted that the indicator would be around 48.8 integers.

The official PMI, published this Saturday by the Chinese National Statistical Office (ONE, for its acronym in English) showed an even worse result, falling from 48 to 47 points. Wang Zhe, an economist at Caixin, highlights how the sub-index that measures employment in the sector reached its second worst mark in the last 34 months, while in the one that follows logistics times, the pandemic “continued to be the main factor restricting the chain of supply”.

Despite this, the companies consulted have hinted at their highest level of optimism since last February and expressed their confidence that the dismantling of the ‘zero covid’ and the consequent disappearance of the harsh restrictions and confinements in the country will be a boost for national economic recovery.

The fear of a Chinese slowdown in 2023

This Monday, the managing director of the International Monetary Fund (IMF), Kristalina Georgieva, warned this Monday that the effects of its anti-covid policy will lead China to register a level of economic growth “equal to or below” the world, which will have a negative impact not only on its economy, but also on that of the region as a whole and on world GDP.

At the same time that this weakening occurs, the country is affected by a global context that has been greatly affected by the war in Ukraine, the energy crisis and the context of very high inflation that has forced central banks to make a 180-degree turn. to its monetary policy, with the most accelerated rate rise since the 1980s. All this context suggests that some of the main economies of the planet will go into recession (or are already being affected by it), which will weigh down a global consumption that has not fully recovered from some breaks in supply chains.-

Gabriel Soto does finally get married, but with Sara Corrales and the actors gave the details | Shows Wake Up America