The CEOE lowers the Government’s growth expectations to 1% 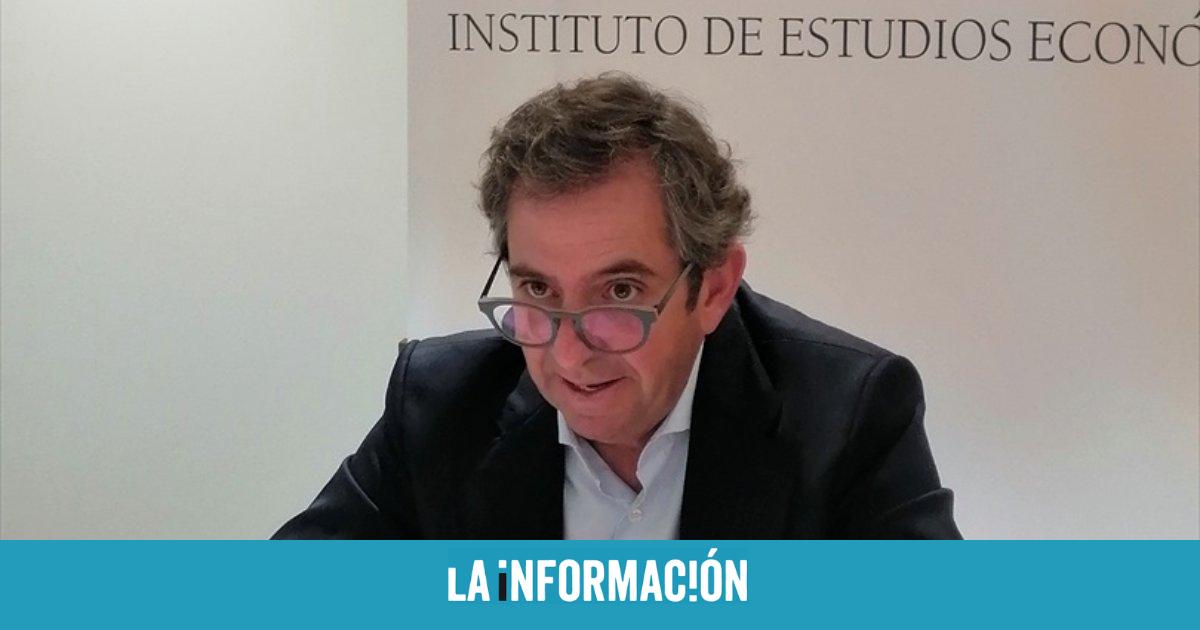 The vice president of CEOE and president of the Institute of Economic Studies (IEE), Íñigo Fernández de Mesa, has indicated this Wednesday that the employers estimate 1% growth by 2023less than half the 2.4% predicted by the Government, and has warned that the unemployment rate will stagnate at 13%. Fernández de Mesa, who has participated in a conference of Adecco and the APD on the labor market, has highlighted, however, that Spain will grow more than the rest of Europe, due to the fact that it has not yet recovered pre-Covid rates and other countries have, and also due to the lower dependence on gas.

It has also highlighted that employment is recovering in a “significant way”, but the growth rates are slowing down, since it was growing at 5.5% and now it is at 3%. Along the same lines, he indicated that although employment has grown, as shown by the record numbers of affiliation to Social Security, the number of hours worked has decreased and is below before the pandemic. According to CEOE forecasts; next year average inflation will be between 4% and 5% and at the end of 2023 it will drop to around 3.5%.

“Spain has important imbalances: it is much better positioned than in the previous crisis, with less business debt, with less family debt, the Spanish economy is still very competitive and the banks are healthy,” Fernández de Mesa pointed out, after warning that the main imbalance, apart from the unemployment rate, which is “unacceptable”, is the fiscal imbalance, with a “very high” structural deficit. In this sense, he has advocated undertaking “the two great reforms” pending, the tax reform and the pension reform. In his opinion, in companies there has been a significant increase in their costs, both labour, financial and raw materials.

Therefore, he has stated that companies are “very concerned” with all the tax measures by the Government that they are going to have a “very negative” impact on the company and, therefore, on employment. Regarding the income agreement, Fernández de Mesa has pointed out that it is necessary to distinguish between what is the normal activity of the social agents in the field of collective bargaining, which occurs on a regular basis and agreements are created, and the agreement of income, which has a more global character.

“We have always been reasonable and loyal to the Government, regardless of political color, and in this case we believe that the business situation is going in the opposite direction, increase more the tax pressure on the Spanish company is going the wrong way“, has pointed out the vice president of the CEOE, who has assured that Spain has become the “tax champion in Europe”.

Regarding the new increase in the SMI, he indicated that after increasing by more than 50% in recent years, no country in Europe has had an increase of this amount in just 8 years. “If we continue to increase it, it will cause difficulties for vulnerable groups such as young people, the long-term unemployed and people without training,” he warned.

On the other hand, the general director of APD, Enrique Sánchez de León, has pointed out another current problem in the labor market and that is how, with an unemployment rate of 13%, there are difficulties in finding workers in sectors such as hospitality, construction or transport. “Beyond the latest labor reforms, underlying trends and movements are taking place to which we cannot close our eyes,” she stressed.

Finally, the CEO of The Adecco Group, Iker Barricat, has focused on the change in scenario that has taken place since the labor reform was approved until now. “The unemployment rate was then at 13.3%. Now, 10 months later, the reality is different”, he warned, after indicating that geopolitical instability on European soilwho is bringing significant imbalances in the price of energy and fuel and that is triggering inflation to levels that have far exceeded double digits, the growth forecasts of the Bank of Spain and also the IMF are less optimistic.

“Has the labor reform that sought to put an end to poorly exercised temporary employment and encourage permanent employment really favored job creation? Do companies have the necessary flexibility at times like the present to deal with all this volatility? clear that, in quantitative terms, the figures support the idea that the reform has achieved its objectives”, he pointed out.

Lidl, Carrefour and Eroski withdraw various batches of nuts: this is the reason