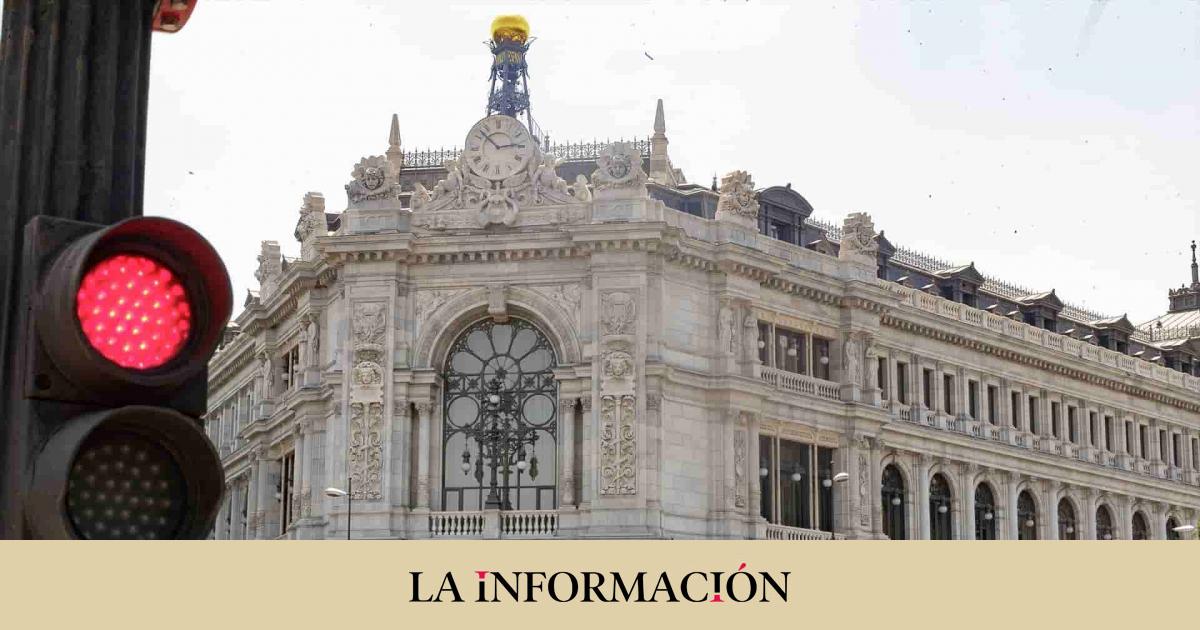 The blow of inflation has been felt in the last year in the pockets of Spanish families, making them poorer. In just three months, between last July and September, the financial wealth of households, that is, the difference between the savings they hold and the debts they have, it fell by 2.12% in full price escalation (which reached its historical maximum in July at 10.8% due to global uncertainty) up to 1.86 trillion euros at the end of the quarter. This supposes, at the same time, a decrease of more than 1% in relation to the same month a year ago, when the pressure of the CPI on family budgets was not yet so strong.

According to the Financial Accounts of the Spanish economy published this Wednesday by the Bank of Spain (BdE), the cash, shares, deposits and rental securities that families had fell 2% up to 2.62 trillion euros at the end of the ninth month of the year in relation to August, while its decline was 0.5% compared to the previous year. In relative terms -If compared to GDP- net financial assets reached 201.2%, a level that is much lower than in 2021 (it is almost 23 points below) due to the slower progress registered by the economy.

According to figures released by the entity, the bulk of household financial assets were held in cash and deposits (41% of the total), followed by shares in the capital (29%), shares in investment funds (14%) and insurance and pension funds (13%). The first -cash and deposits- were the ones that increased their weight in the group of household financial assets (by 2.2 points) compared to the previous year, while the weight of insurance and pension funds was the one that fell the most (it did so by 1.8 points), conditioned by its negative revaluation.

Both households and businesses jointly maintained their volume of debt in the third quarter in relation to the previous year until placing it at 1.67 trillion euros. Although this level is 3.9% above that registered at the end of 2019, before the outbreak of the Covid pandemic, in relation to GDP, the ratio indicates a significant moderation in the indebtedness of the private sector as a whole up to the 128.6%, compared to 142.5% in September 2021.

Companies and families contributed in different ways to this evolution. The consolidated debt of non-financial companies fell from the 971,600 million euros it reached a year earlier to 966,700 million euros last September (it went from representing 82.7 to 74.3% of GDP). While, household debt and institutions The debt of households and non-profit institutions serving them increased from 703,000 to 707,500 million in year-on-year terms, placing itself at a level very similar to that registered before the health crisis. With respect to GDP, it decreased to 54.4 from 59.8% in the same quarter of 2021.

The loss of household wealth and the slight rise in their debt not only coincided with the period of greatest rise in prices in Spain, but also with a slowdown in activity that led GDP to advance by barely 0.1% between last July and September in quarterly terms. A notable slowdown, taking into account that the economy had just grown 1.7% in the second quarter.

The slowdown in household consumption and investment were responsible for this evolution. It remains to be seen how activity evolves in the fourth quarter. In principle, international organizations rule out that Spain is going to enter a technical recession and the Government contemplates an annual advance that would widely exceed the 4.6% that it had contemplated in the General State Budget of 2023.