The bank “has margin” to pay the new tax 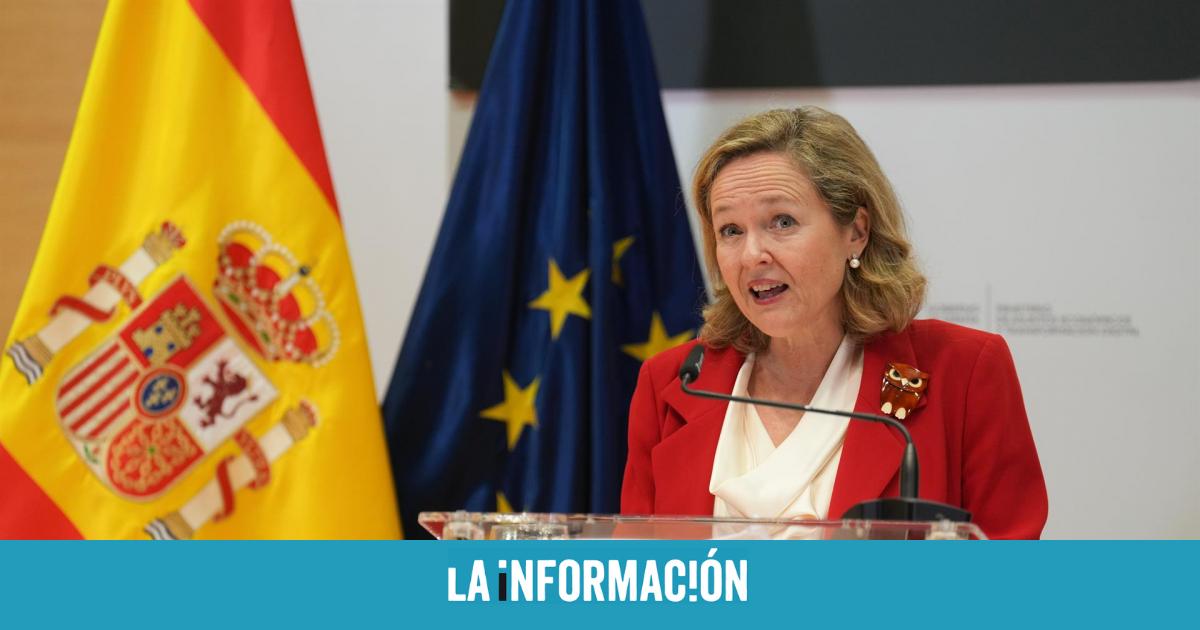 The Minister of Economic Affairs, Nadia Calviño, has assured that Spanish banks “have a wide margin of manoeuvre” and enough after his “extraordinary results”, and they do not need to pass on to customers the new extraordinary tax on banks which is in the parliamentary process. The also First Vice President of the Government thus responds to the report of the European Central Bank that proposes transferring this rate to customers and he doubts the effect on the macroeconomy that this new tax may generate.

The ECB report invites the Government of Spain to analyze the potential effect of the tax on the solvency of banks and the financial conditions that it applies to loans, to which the vice president has responded that “banks in Spain have very high solvency and liquidity ratiospresent extraordinary results, and for this reason the impact of a tax of this type does not have to put at risk neither monetary policy, nor the granting of credit, nor the proper functioning of the financial system”.

In fact, Calviño herself has stated that these conditions were already taken into account by the Government when designing the new tax: “We have already taken into account these conditions that the ECB raises in our country.” He has also argued that the bill, which is currently being processed in the Congress of Deputies, incorporates mechanisms to “guarantee” that banks do not transfer the tax to customersa task that will fall to organizations such as the CNMC or the Bank of Spain, which must guarantee that “this transfer to customers does not take place”.

De Guindos alleges that the ECB only advises

Prior to the minister’s statements, the ECB Vice President, Luis de Guindos, stated that the opinion is intended to “help governments”. The former Minister of Economy during the mandate of Mariano Rajoy has defended that the point of view of the European Central Bank is only intended to serve as “advice”, since the final decision rests with the country’s national parliament.

De Guindos has defended that this opinion has been prepared by technicians from the European banking supervisor and the Bank of Spain, and it is the Government who will now decide “to follow or not to follow” the indicated perspective. In its report, the ECB expects credit institutions to “take into account and reflect in loan prices all relevant costs, including tax considerations, where appropriate”, and refers to follow its guidelines on granting and monitoring of loans .

Bolaños: The Government will study improvements in the design

The Minister of the Presidency, Félix Bolaños, was the first member of the Government to react to the ECB report, and after emphasizing the “non-binding” nature of the new extraordinary rate, he declared that the Government will study “in detail” the opinion issued to see “to what extent it could be improved the design of the tax that we have made”.

Bolaños has reiterated the Executive’s position so that both the large energy companies and the banks “collaborate in defraying” the cost of the measures implemented to alleviate the current economic situation. He has also rejected the impact of the new tax on customers because would suppose that “the usual ones would end up paying”. “What we want is for the large energy companies and entities to be taxed for a short time as a result of the extraordinary benefits they are having,” he assured.