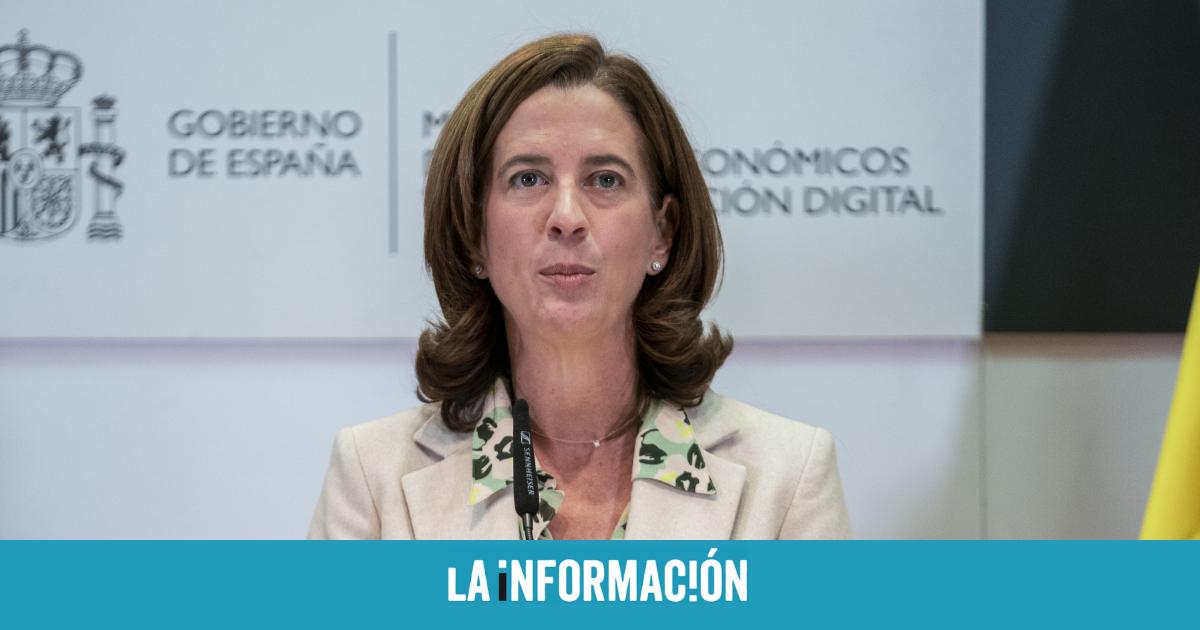 First reactions after the agreement of the Government and the bank for the vulnerable mortgaged. The president of the Spanish Banking Association (AEB), Alejandra Kindelan, has ensured that the agreement between the banks and the Government to alleviate mortgage holders in Spain affected by the rise in interest rates must fit within a regulatory and supervisory framework and preserve “the benefits and strengths” of the mortgage market.

In his speech at the XXIX Meeting of the Financial Sector organized by the Deloitte company and the newspaper ‘ABC’, he defended that the banking sector is “very sensitive” to the challenge posed by the rise in interest rates on mortgage costs. “The sector is always here to attend to customer problems”he stated, before assuring that the central focus of the sector has been to help mitigate the impact of these increases on its clients.

He explained that the sector has worked both internally and with the Economy to balance the relief measures for mortgagees and their fit both in the regulatory framework and in the Spanish mortgage market itself and in the situation of the entities, which also carry out issuance of covered bonds and could be affected.

However, Kindelán has indicated in his speech that he is still unaware of the final text of the agreement, since it had to be discussed ultimately in the Council of Ministers. Once he knows the final details, the association will proceed to analyze them.

Asked about the temporary tax on banks that the Government has raised, the president of the AEB has once again stated that it is a measure that “is not a solution” to any of the current problems and that “this is not the time” to put more burdens on the financial sector.

In addition, it has collected the statements of Spanish and European authorities, such as the European Central Bank (ECB), which have indicated that the net effect of the rise in rates on banks may not necessarily be positive, and has ensured that the new tax could subtract around 50,000 million in credit and affect the six million shareholders that the sector has on the stock market. He has also affirmed that this measure generates “legal uncertainty” and has doubted that the tax is temporary. “No tax is easy to remove”has held.

About the financial client defense authority

Finally, Kindelán has also attacked the Authority for the Defense of Financial Clients, whose bill has been approved today by the Council of Ministers together with the agreement for mortgagees. In this regard, he has indicated that it is another measure that “increases costs and generates inefficiencies” and has defended the claims system that has worked until now, based on the competent authorities in each area, be it the Bank of Spain, the National Stock Market Commission (CNMV) and the General Directorate of Insurance.

He has affirmed that, rather than a new authority, he would have chosen to improve the current system and has indicated that the new body generates a high fee for each claim. In this sense, it is expected that the resolutions of the new authority will be binding for financial institutions when the amounts claimed are less than 20,000 euros. This mechanism will also be free for customers and will be financed with a fee of 250 euros that the entities will have to pay for each admitted claim.

Nadia Calviño is in favor of raising the SMI: these amounts are being considered

Díaz responds to Calviño after the mortgage agreement with the bank: “It can be improved”