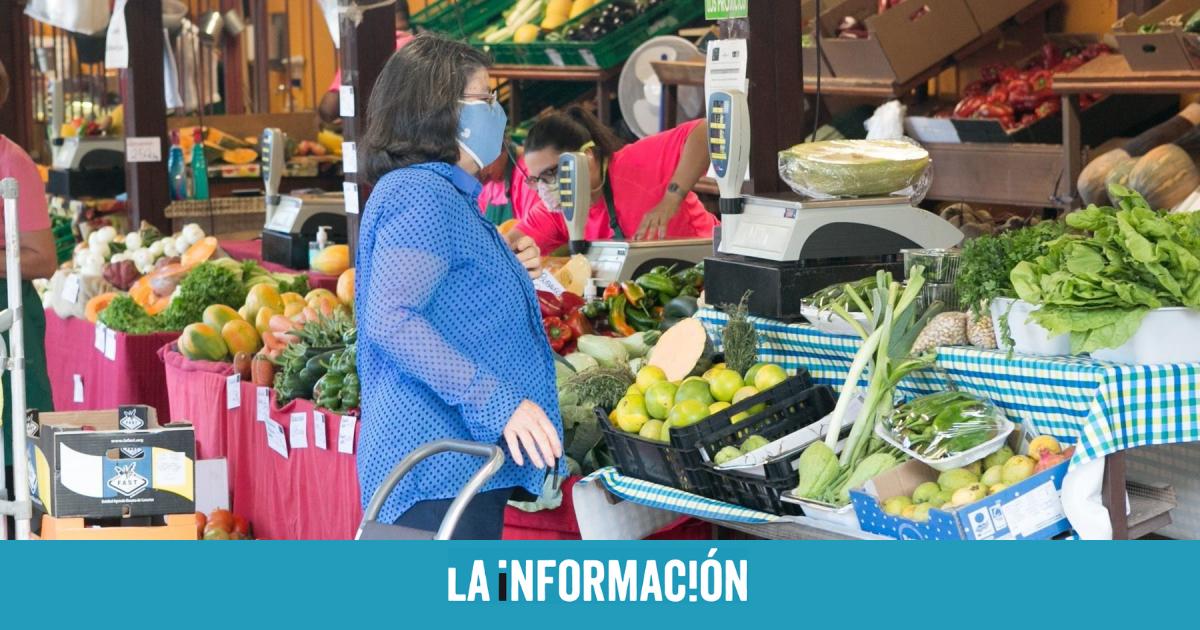 The year-on-year inflation rate in the euro area broke its ceiling again and recorded its new all-time high, to 9.9%. This value is one tenth lower than the first estimate published by Eurostat a few days ago, and represents a acceleration of eight tenths compared to that registered in Augustaccording to the second reading of the data carried out by the Community Statistics Office.

In the case of the European Union (EU) as a whole, the year-on-year inflation rate for September accelerated to 10.9% from 10.1% corresponding to the month of August. In September there was a general rise in prices in the eurozone, so the increase is not attributable to a single figure. energy pricesstill the main drivers of the rate, grew by 40.7% in the ninth month of the yearcompared to the rise of 38.6% observed in August.

Fresh foods raised their prices by 12.7%, which represents an acceleration of 1.7 points compared to the increase of 11% in the previous month. Services registered an inflation of 4.3%, five tenths more; while non-energy industrial goods accelerated four tenths, to 5.6%. Excluding energy from the calculation, the year-on-year inflation rate of the euro zone stood at 6.4% in September, compared to 5.8% the previous month. If the effect of the prices of fresh food, alcohol and tobacco is also excluded, the core inflation rate hit a record 4.8%five tenths more than in August.

11 of the 19 countries of the eurozone exceeded 10% year-on-year inflation during September, with special affection in the Baltic countries

In September, eleven of the nineteen eurozone countries recorded double-digit inflation rates, while among the Twenty-seven there were a total of 18 countries that registered increases in the cost of living of at least 10%. The largest price increases were observed in Estonia (24.1%), Lithuania (22.5%) and Latvia (22%), while the least intense increases were observed in France (6.2%), Malta ( 7.4%) and Finland (8.4%).

In the case of Spain, the harmonized inflation rate reached 9% in Septembercompared to 10.5% in August, for which the country has achieved a favorable price differential with respect to the eurozone of nine tenths and moderates its growth for the second consecutive month. According to sources from the Ministry of Economic Affairs, the moderation registered in Spain is due to the positive impact of the measures put in place to cushion the rise in prices, especially those related to transport.

21 of the 27 countries of the European Union have higher inflation than Spain, something that Nadia Calviño’s cabinet considers positive since “it improves the competitiveness of Spanish companies”, by widening the inflation differential with respect to the EU to almost 2 points, which is lowered to one point in the case of the average from the euro zone. These same sources value positively that Spain is the sixth country with the least harmonized inflation in the EU.

Compared to the eurozone and the EU, the inflation rate in the United States stood at 8.2% last September, one tenth below the rise in prices in the month of August, while in the The United Kingdom rebounded to 10.1%, compared to 9.9% in August, thus returning to the highest level since 1982, which had also been observed in July.

The CEOE lowers the Government’s growth expectations to 1%

Sustainable and responsible investment takes flight and grows 10% in Spain