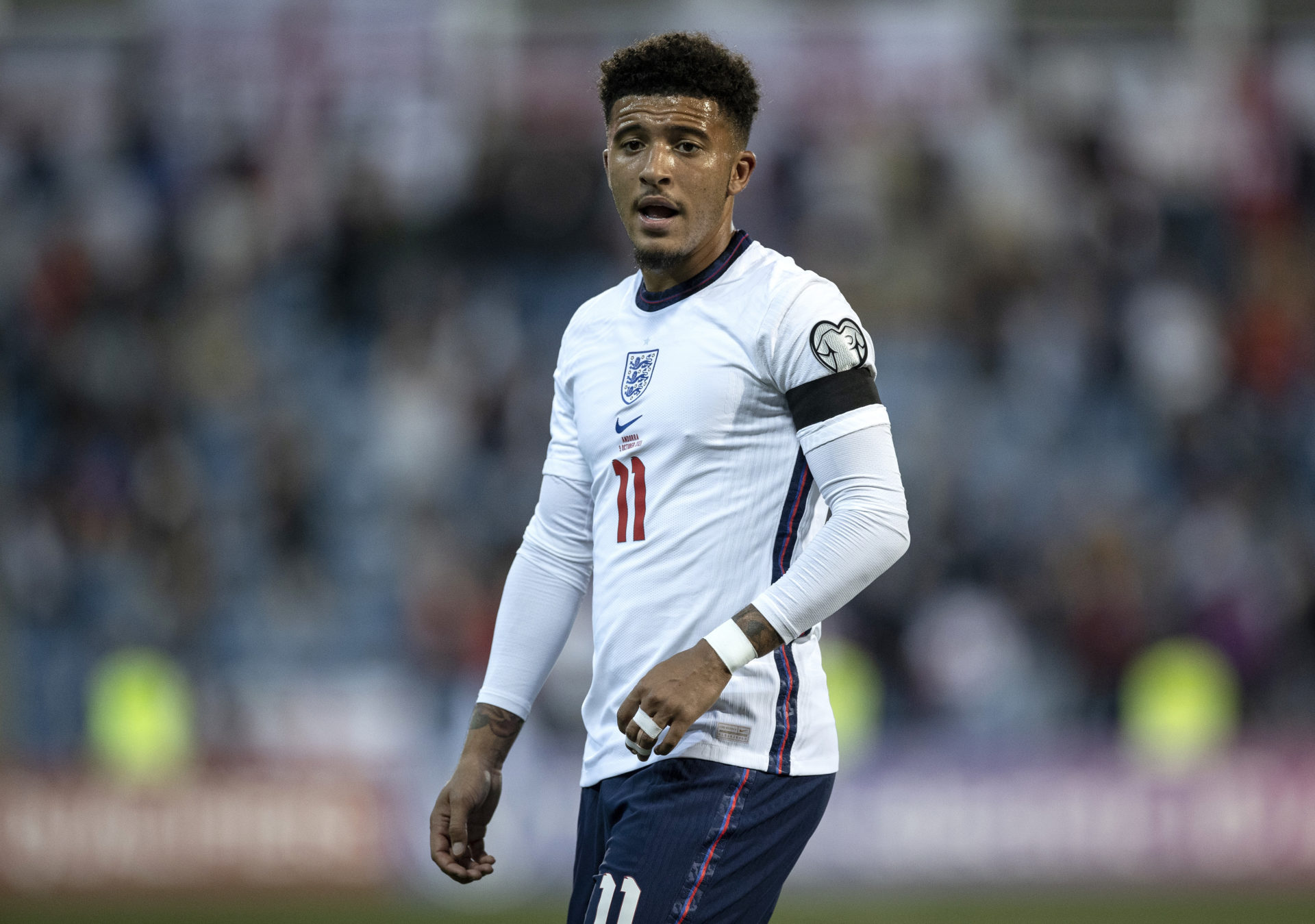 Sancho is most influential England player on Instagram before World Cup

Gareth Southgate has left Jadon Sancho out of his Nations League squad, but the Manchester United forward is England’s most influential player on Instagram ahead of the World Cup.

Nielsen Sports has conducted an analysis ahead of Qatar hosting the 22nd edition of the FIFA tournament in November and December. It focused on the stars expected to play in the Middle East and Cristiano Ronaldo was named as the most influential on Instagram.

According to BBC Sport, Ronaldo registered a 47% increase in followers over the past year to overtake Lionel Messi. The Portuguese icon has 480 million followers, worth more than $3.5m (£3m) in media per post, while Messi has 360m, averaging $2.6m (£2.3m).

Nielsen Sports media prices are based on a player’s total number of fans, follower growth, engagement rate and average brand value. It found that no English player makes the top 10, with Sancho their highest with 8.9m followers and an 8% engagement rate.

But Sancho could fight to get on the plane to Qatar for the World Cup later this year after Southgate omitted the forward from his England squad for UEFA Nations League ties this month. . The 22-year-old has not attended a three-day Lions camp since October 2021.

The Manchester United winger also enjoyed a 21% increase in fans last season following his £73m move from Borussia Dortmund. Aaron Ramsdale has also registered a 920% increase over the last year since joining Arsenal from Sheffield United for £30m.

However Ramsdale’s rise has been nothing compared to Spain and Barcelona wonderkid Gavi, who has registered a rise of 5,165%. The 18-year-old enjoyed his Blaugrana debut in August 2021 and continued to improve in the latter part with his La Roja bow the following October.

Ronaldo is the top of the 10 most influential players on Instagram from the 32 teams scheduled to play in the 2022 World Cup in Qatar. Messi is second, ahead of Neymar, Kylian Mbappe, Vinicius Junior, Karim Benzema, Paulo Dybala, N’Golo Kante, Paulo Pogba and Ramos in 10th.

Which most influential country is set to play in Qatar later this year?

World Cup winners France head to Qatar as the most Instagram-influenced country. Nielsen Sports show Les Bleus have 11.7m followers on social media with 65% of their following coming from supporters based outside the country.

Portugal has the highest percentage of followers living outside its borders with 86.5% living outside the country. The Selecao also have the third most fans with 10.4m behind Brazil (11.5m), but ahead of England (8.5m), Argentina (7.3m) and Mexico (5.9m).

Germany has 4.9m followers followed by Spain (4m), Morocco (1.5m) and the Netherlands (1.3m) to round out the top 10. But while 73% of Die Mannschaft’s total followers are from outside the country, only 36% of Brazil and 33.5% of Morocco come from those living elsewhere.