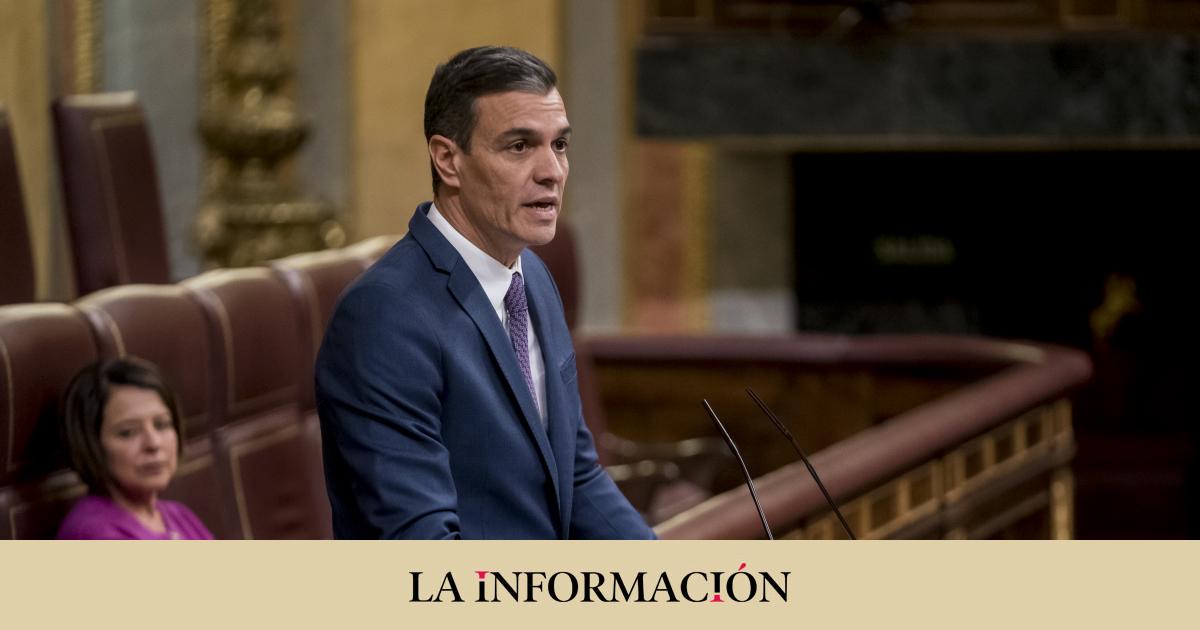 Pedro Sánchez considers it “common sense” to ask them for a greater effort to Spanish banks through the new temporary tax on financial institutions, given the latest data published by the European Banking Authority“which place Spain as the place where the bulk of the managers with the highest salaries in the EU are concentrated”.

“The data from the European Banking Authority place the Spanish banks as the place where the bulk of the managers with the highest salaries in all of Europe are concentrated, I think that It is pure common sense to ask them for a greater effort with the creation of the tax for large financial entities.“, the president pointed out this Tuesday during his first appearance of the year before the Congress of Deputies.

This was explained by the President of the Government, who appeared in plenary session after the Royal Decree Law was validated with the latest Moncloa measures to combat the high inflation caused by the war in Ukraine, including the elimination or reduction of VAT in certain staple foods. During his speech, Sánchez gave an account of the agreements adopted in the European Councils held in October and December, as well as the measures taken to face the consequences of the war that Russia has unleashed.

Pedro Sánchez has placed special emphasis on the effectiveness of economic measures, which will allow Spain to recover its pre-pandemic GDP “soon”. A recovery will occur before “the prophets of the apocalypse, who speak of what never comes.” “With the social response that we have given in the three very complex years, in two, we have recovered the level of employment prior to the pandemic, and soon we will recover GDP levelsand inequality has not risen as it did during the financial crisis.”

In relation to the measures promoted by the United States against climate change, Sánchez has defended that “Spain wants to decouple the price of renewable energy from the price of gas“. “We are working for an agreement to exclude European products from US protectionist clauses. Europe must react to protect its interests and improve European industrial resilience,” she argued.

Spain must “give battles in Brussels”

The President of the Government has indicated that Spain “must fight battles in Brussels and win them”. In this line, he has ensured that the Executive “exports solutions in areas such as the energy and price crisis for all the countries of the European Union.”

During his speech, Pedro Sánchez has advocated for reinforce the role of Spain in strategic sectors. “The prosperity of our society cannot depend on any autocracy. It is right that strategic autonomy is one of the priorities of Spanish politics in the second semester. We are going to work to reinforce our autonomy in strategic sectors“, has explained.

On the other hand, Sánchez has shown himself forceful assuring that the Government “does not tremble legs for defending rights”. “Today many governments accompany us to protect the social majority of our country. The rights won are not questioned,” she concluded.

Check your ticket: The $1 million lottery prize that was sold in Houston is about to expire