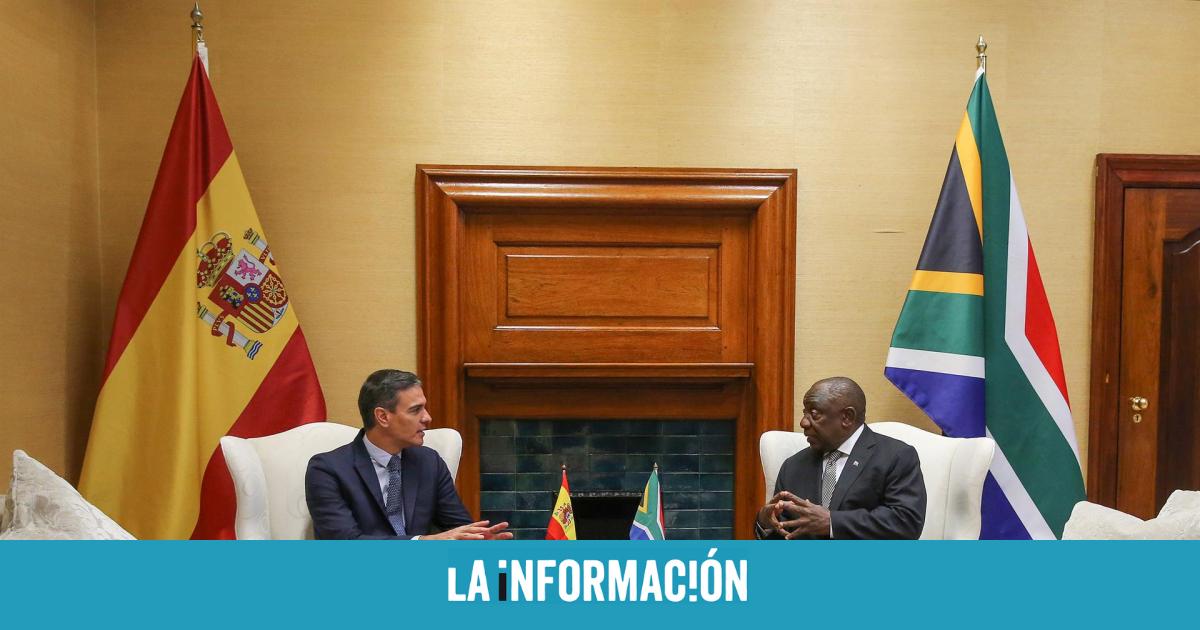 Pedro Sánchez, the Prime Minister, has announced financial support from €2,115 million to support the participation of Spanish companies in projects related to renewable energy and the climate in South Africa in the next five years. The president made the announcement at a press conference held with Cyril Ramaphosa, the president of South Africa. After a meeting that both have had due to the official visit to this country. This is the first by a chief executive since the establishment of diplomatic relations.

In his speech, Sánchez stressed that Spain wants to establish solid alliances with African countries to face challenges such as climate emergencythe energy transition, the technological revolution, food security and migration movements. For Sánchez, South Africa has enormous potential and is a country “exporter of stability”.

As reported by the president, bilateral cooperation will be developed on the basis of a joint declaration signed during this visit and which includes a clear commitment to increase business relationships, investments and industrial collaboration. In this context, he reported that he had explained to President Ramaphosa the availability of financial support from Spain and, in particular, in the field of renewable energy, water management and infrastructure to boost investment in the country. .

Specifically, he has said that Spain will make available up to 2,115 million euros over the next five years, an amount that will be articulated through the various public financing instruments and with the aim of accompanying the spanish companies in the implementation of the development plans of the South African Government. Sánchez has also transferred to Ramaphosa a invitation to visit Spain when your schedule allows it.

The South African president has assured for his part that Spain can count on South Africa as “a great friend and an ally” on the African continent, and has expressed its willingness to further bilateral collaboration in all fields. Among them the economic and commercialin which context he highlighted the importance of the business forum in which the two leaders subsequently participated and in which Sánchez once again highlighted the importance of aid for a Greater presence of Spanish companies in South Africa.

Likewise, he highlighted in the joint appearance the importance of cooperation to face global challenges such as climate change and thanked Spain for its vaccine donation to Africa in the face of the coronavirus pandemic. The President of the Government took advantage of the meeting to explain to Ramaphosa his priorities before the Spanish presidency of the European Union in the second half of 2023 and both analyzed the cooperation between the EU and Africa.

Before his meeting with Ramaphosa at the headquarters of the South African presidency, Sánchez held a meeting with a group of Spanish scientists who carry out their work in southern Africa. And after participating in the bilateral business forum, he travels to Johannesburg to visit the former Constitution Hill prison, where former South African President Nelson Mandela was held.

In parallel, during the press conference, Sánchez and Ramaphosa were asked if they believe that the Russian president, Vladimir Putin, will attend the G20 summit in Bali (Indonesia) in November, where both leaders will coincide, and if it could be a occasion to try to put an end to the war in Ukraine, the President of the Spanish Government has stated that he does not know if he will attend. He yes he has reiterated that Putin must end hostilities and respect territorial integrity and national sovereignty from Ukraine.