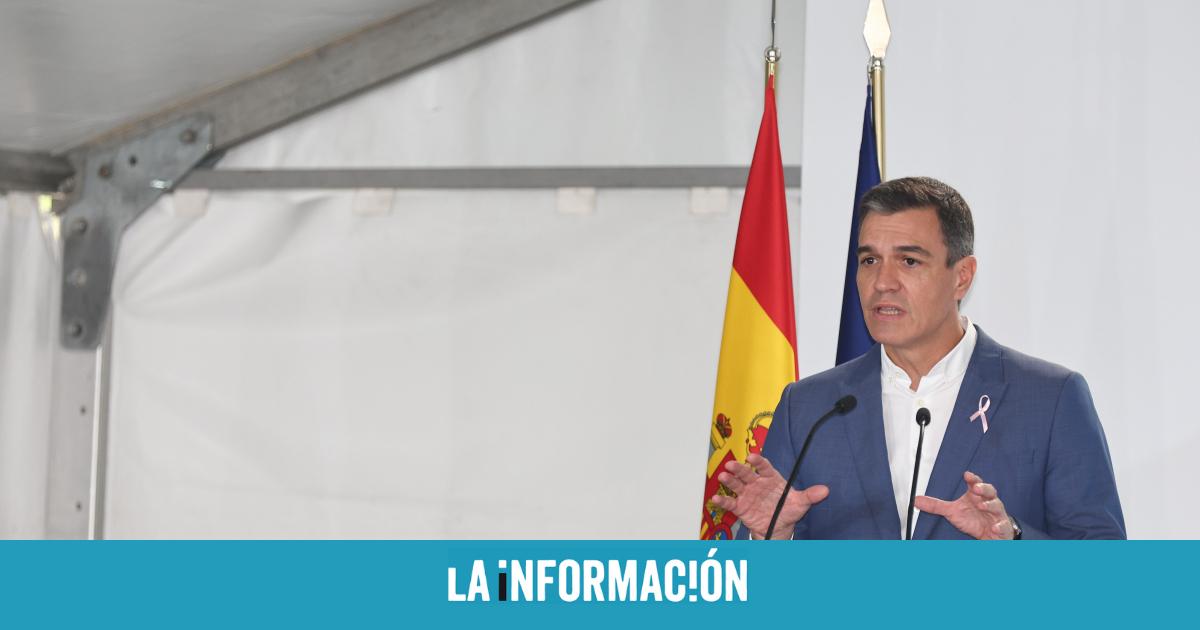 The European Council that takes place today Thursday in Brussels is not just another ordinary meeting, as it happens every October, but rather it is a ‘key’ event where Spain plays a fundamental role for the interests of the member countries. The reason is none other than the need to build the Midcat gas pipeline, an abandoned project that would allow the coveted hydrocarbon to be transported from the regasification plants and warehouses in our country to the rest of the continent. But the reluctance of France – the country through which the tube would circulate – prevents an agreement at the moment. However, this Thursday the leaders of both Spain and France have a ‘silver bullet’ to unblock the project and put an end to the traffic jam of methane tankers that are piling up these days in the Atlantic because the gas stores are full due to the demands of Brussels for the winter.

In the midst of this maritime traffic, the price of gas is unusually cheap due to the lack of cold. Without going any further, yesterday the price in the Mibgas marked 27 euros per megawatt. On the other hand, Spain has the 40% of gas storage in Europe and the 30% of the continent’s capacity to receive gas liquefied natural gas (LNG) from anywhere in the world. A scenario that makes our country an essential player in alleviating the current shortage problem that is being generated by the supply cuts by Vladimir Putin. Not even the announcement by the Netherlands to increase gas extraction in the Groningen fields generates enough hope -both in Brussels and in Berlin- as the possible tube that would link Spain with the rest of Europe.

The Government shows some optimism for the meeting. A three-way summit between the President of the Government, Pedro Sánchez, the Prime Minister of Portugal, António Costa, and the President of France, Emmanuel Macron, together with their Ministers of Energy. The Executive, however, remarks as positive that the French government has taken the initiative to establish the meeting. A frank discussion between the leaders is expected there.

However, yesterday France reiterated the infeasibility of the Midcat. The reason is well known to Spain. The French do not consider that the gas pipeline can be used to transport green hydrogen, they doubt the route and are skeptical about the technical problems that can be generated to create this infrastructure. A reality that makes today’s meeting even more complex. Meanwhile, Russian gas continues to reduce its flow to Europe and in Brussels they already have in mind to prepare the members to have the underground gas stores full.

The increase in the gas interconnection between Spain and France is not a new chapter, but rather a failed plan in recent years. Thus, in 2015, during the Rajoy government, it was attempted. Later, in 2018, and in the middle of the Lisbon summit, it was proposed again. But the project did not advance due to the reluctance of France.

In the last informal European Council, a roadmap was established based on a large package of measures which highlighted the increase in the joint purchase of gas and concrete to reduce gas prices. About the latter, the design of an alternative mechanism to the TTF is proposed (which is the Dutch indicator that serves as a reference for the price of natural gas for Europe) because it does not fully reflect the price of methane gas (the main one that reaches Spain, for example). Therefore, the creation of a kind of ‘price broker’ is urged, referencing the TTF, but with a series of precise highs and lows, with a cap on the former.

The European Commission recognizes that LNG needs its own reference index. However, while the technical issues for said mechanism are resolved, this dynamic cap with maximums and minimums is proposed. An option that the Germans – who until now were the most critical of extending the Iberian cap to all of Europe – see favorably. But this decision will not be known until the Energy Council on October 25.

How can you collect the pension and continue working?