Ribera admits that the highest incomes benefit from the fuel aid 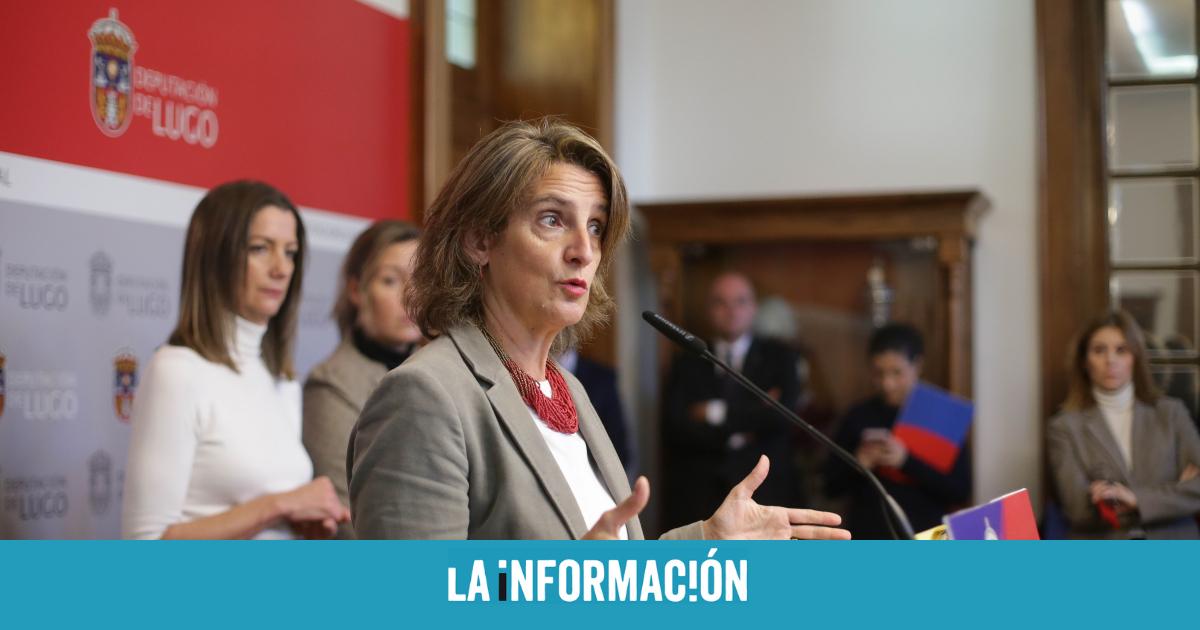 The Third Vice President and Minister for the Ecological Transition and the Demographic Challenge, Teresa Ribera, confirmed this Thursday that The central government is studying whether to extend the fuel rebates and other measures for families and companies beyond December, and has admitted that it is “very likely” that the fuel aid has benefited the highest incomes more.

“The package extended for 2023 will be known soon“, added Ribera, that the effect of having more repercussions of the aid on high incomes is an “undesired effect”, which may be due to “increased use” of “higher displacement” vehicles. “At the moment, the Government’s economic team is making an assessment of what have been many measures to support families as a whole and the productive fabric since we approved the first measures to reduce electricity VAT in June 2021, and some The measures we have taken have been generalized measures for all consumers,” explained Ribera.

In statements during his visit to Lugo to participate in the VIII Forum of Creative Cities and Territories of Spain-Copa de España Creativa, the vice president has assured that the Executive “knows” that “a distribution of the cost of this crisis is essential” and that the protection measures “are as focused as possible on the people who need it most“. “There are some measures about which we have few doubts about the convenience of the extension throughout the year 2023, and others that deserve to be evaluated. In fact, in the field of fuel rebates, we see how we have been reinforcing support for public transport, and we ask ourselves to what extent this measure does not have regressive distorting effects in terms of access to the public budget”, he pointed out.

already in Ramiras (Ourense), the next stop on his Galician tour to find out about the actions financed by the DUS 5,000 program, Ribera has acknowledged that it is “very likely” that the fuel discounts will have more repercussions on higher incomes, given that “they have cars with a cylinder capacity greater large or have more habit of using them, more use, than in families with less income”. “It is true that attention must be paid to this unwanted effect that should be corrected“, Ribera has conceded, thus justifying that they have “focused their efforts on professional groups and, at the return of summer, on metropolitan public transport”.

Surprised by the transport stoppage

In another order of things, regarding the indefinite strike as of Monday called by the Platform for the Defense of Transport, Ribera has recognized that they were “surprised”, because the Government has paid “much attention to the needs of carriers.” Furthermore, he has indicated that “the fuel price tension it is an extremely delicate element, since the price and the fact that there were previous signed contracts could generate problems in the sector”. “And my cabinet colleague, Rachel Sanchez (Minister of Transport), has always been very open and in conversation with associations, employers and representatives of the sector”, he highlighted.

The third vice-president recalled the strikes already called last March and the agreement reached then with the sector, to then point out that now “apparently, there are some people, not the most representative institutions or sectors in this field, who they question which is being applied better or worse” what was agreed upon. Having said this, he urged “properly weighing up to what extent what is claimed is fair and reasonable”, although he has been “sure” that the Minister of Transport “will be attentive to what happens”.

The wage increase in the agreement reaches 2.64%, 4.6 points below the CPI