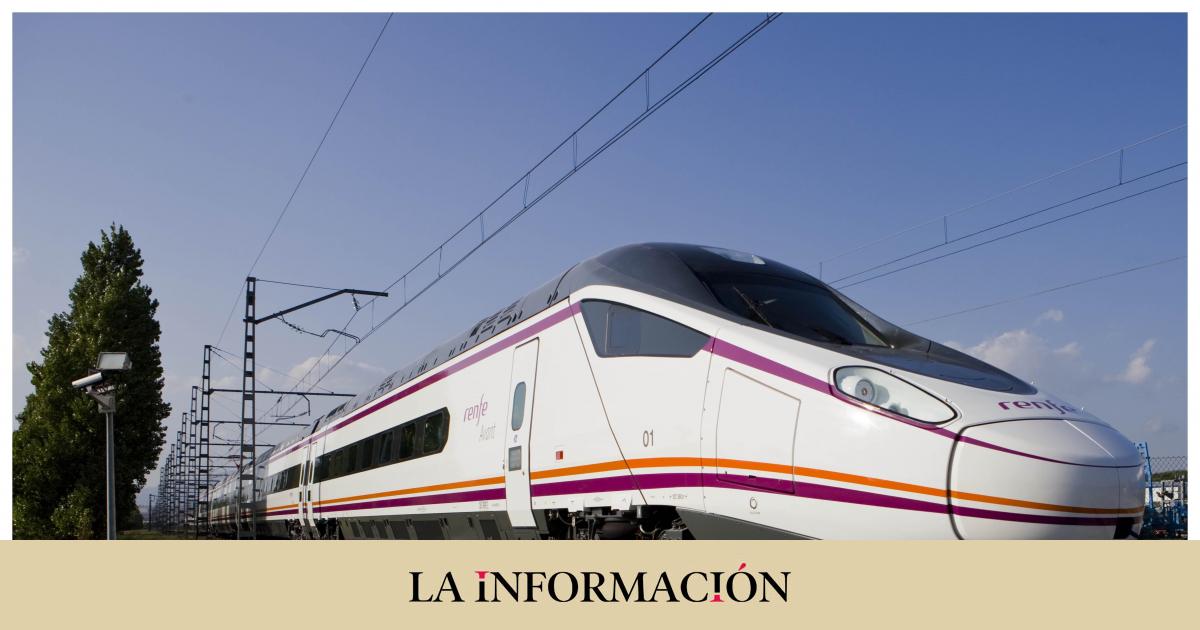 The National Commission of Markets and Competition (CNMC) will allow Renfe offer services of high speed from Atocha to the Levante corridor and not only from Chamartín, as initially planned. Specifically, it will offer two services round trip between Madrid and Valencia and another two between Madrid and Alicante. For it, Adif must subsidize the journeys that depart from Chamartínsince it is believed that Atocha will be more attractive for travelers.

Now, Renfe operates all its services in the Levante corridor from Atochawhile the new operators Ouigo (since October 7) and Iryo (since November 16) offer the trip Madrid-Valencia from Chamartín. Towards the middle of this year they will also include Alicante as a destination.

The head of Renfe to Levante will be set in Chamartín

The framework agreements signed in May 2020 between Adif and the operators Renfe, Iryo and Ouigo established the head of the Levante corridor at the Madrid-Chamartín station as soon as the works that made it possible were completed. These concluded on January 23, 2022, when the international gauge tunnel connecting the north and south of Madrid came into service.

Nevertheless, the Ouigo complaints for these divergences on the Spanish public operator have taken this conflict to the CNMC, who has indicated in a statement sent this Tuesday that the head of the high-speed Renfe to Levante will be established in Chamartín, like that of Ouigo and Iryo, already operational. Before July 31, 2023, Competition will require information from Renfe, Iryo and Ouigo to judge the effects of the measure during the first six months of its validity and approve, if applicable, the modification of the framework agreement approved for one more year.

Modification of the framework agreement

The supervisor considers that modifying the framework agreement is beneficial for travelers since it allows you to choose between the two main stations in the city and improves the competitiveness of the train compared to road transport, widely used for these routes. In the end, Renfe accepted Adif’s proposal and the railway manager asked the CNMC to approve the conditional modification of the agreement, according to which Renfe will have four daily frequencies in two directions from the Atocha station to Valencia or Alicante, while the rest of the operators will continue to depart from Chamartín.

Ouigo Spainof the French public operator SNCF, considers it appropriate to grant a discount for operators leaving Madrid-Chamartín, which improves the competitiveness of traffic from this station, encouraging its growth. It is also welcome that the CNMC recognizes that there are risks of market distortion, at a time when alternative passenger companies are beginning to operate services to Levante, as the company had claimed before Adif and the CNMC.

In addition to respecting the decision, he appreciates that the CNMC to evaluate the effects of this type of decision in the incipient high-speed market and adopt preventive measures to avoid irreparable damage to the market.