Protests force China to speed up opening amid economic shock 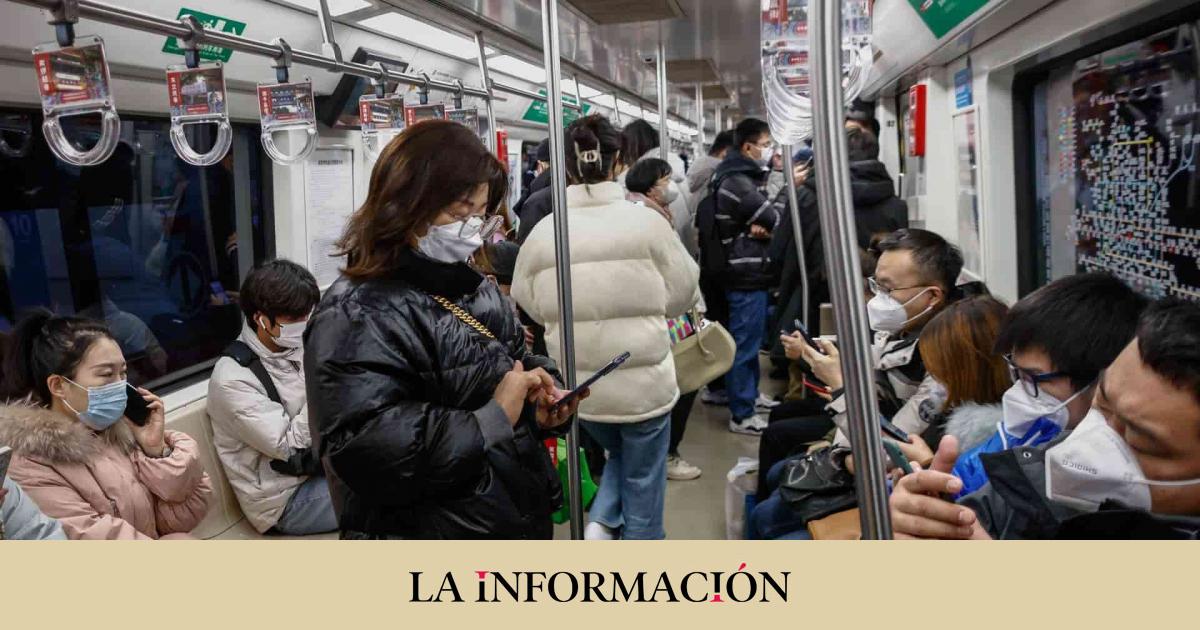 China has started with 2023 the relaxation of its ‘zero Covid’ policy in the face of growing protests from a jaded population for the restrictions. On December 7, the government of Xi Jinping published a ten-point plan for de-escalation, amid the concern generated worldwide by a further weakening of the second largest economy on the planet, which has already shown signs of fatigue in the last months in the activity of the industry or in the service sector.

In this way, except for high-risk places, public places or trips outside the area, it is no longer necessary to have a negative PCR test result. In addition, home quarantine of asymptomatic patients or with mild symptoms is allowed; high-risk areas began to be classified by a single floor, ending the closures of residential complexes and entire communities.

However, the response from the Chinese Executive has brought an unwanted effect with the rapid increase in new cases, which could worsen with the New Year holidays. Europe and the United States are closely monitoring the evolution of the Chinese situation. From the health point of view, due to the fear that the outbreak of the pandemic will spread to other countries and from the economic point of view, due to the possibility – not ruled out – that the Asian giant will close down again.

China is facing a historic crisis, with an economy that has not quite advanced at the levels at which it did in the past and a population that begins to rebel against blind obedience to criticize the ‘Covid zero’ policy and even dare to demand the resignation of President Xi Jinping himself. A country on the verge of chaos due to the destabilization of the economy and government measures that do not seem to be improving the internal situation.

Although the Central Economic Committee maintains hope that a gradual recovery of activity will begin ahead of the National People’s Congress in March, something that according to analysts at the eToro broker would be “a key insurance policy against a global recession“, it is impossible to ignore the problems that the country’s real estate, industry and service sectors have been experiencing. According to a study by Santander Trade, the main economic indicators fell significantly in the last months of 2022.

The country, whose economy had just grown at 6.1% in 2019 -before the coronavirus pandemic broke out and when its slowdown was already a fact- will advance to around 4.8%. The total closure of its borders during the worst year of the health crisis, in 2020, caused a modest advance of 2.3% which, however, allowed it to establish itself as the only major economy capable of avoiding recession (neither the United States nor the Eurozone did it). From the manager Vontobel they calculate that GDP will grow only 5% during 2023.

The ‘factory of the world’ has seen how the closures and restrictions have caused a contraction of its industrial activity in the last five months. China’s manufacturing purchasing managers’ index (PMI) worsened slightly in December, falling to 49 points from 49.4 the previous month. Any record below 50 points of this indicator shows a contraction of activity.

The decrease in production was closely linked to the impact of the anti-covid measures, which forced businesses to temporarily close and reduced customer demand for products. The decline in activity has also been evident in other sectors. Services contracted again in December for the fourth consecutive month as a result of the impact of the new outbreaks. This was also reflected in the private sector PMI, which barely increased to 48 points from 46.7 the previous month.

The risks of a bricked economy

As for the chinese real estate industry, which represents a third of the economy of the Asian giant, is going through a crisis that is difficult to digest since the fall of Evergrande, the second largest real estate developer in the country and the most indebted in the world (its liabilities exceeded 300,000 million dollars). Its collapse in 2021 led to a tightening of the ‘brick’ regulation -with very strict rules for access to credit for companies- that has sunk home sales and investment and has generated not a few liquidity problems among some of the largest developers in the country.

In a negative scenario, in which the reopening could not fully consolidate and there was a decline in real estate activity at a somewhat faster rate than in 2022, Goldman Sachs analysts forecast that growth would weaken even more this year to reach around 1.5% (3 percentage points below its baseline forecast). In a bullish scenario with a fuller reopening and flat housing activity (reflecting, for example, further housing stimulus), GDP growth would accelerate sharply to around 7%.