More than 3,000 job offers remain unfilled each month in Spain 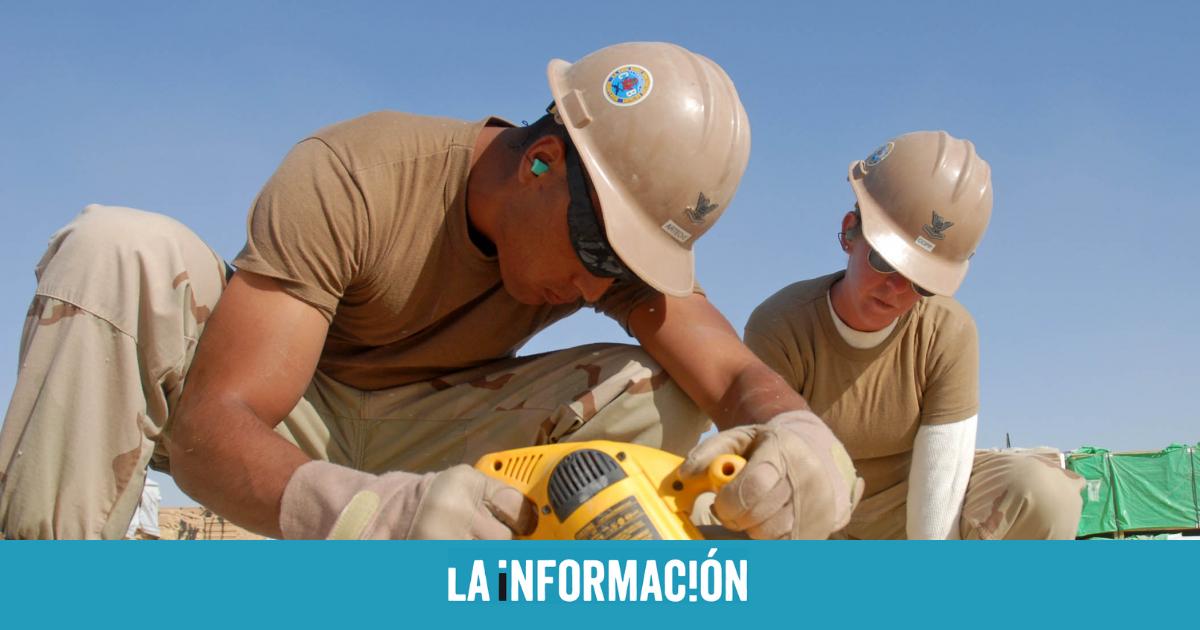 Spain records more than 3,000 job offers per month that are difficult to coveraccording to a report from InfoJobswhich indicates that in the period May-October, an average of 3,156 job offers ‘online’ have been published each month that fail to find the right professional. Computing Y telecommunications Y commercial Y sales They are the categories with the most difficulty finding workers, with an average of 380 difficult-to-fill positions per month.

“Since last year, Spain has had difficulties covering some jobs. The hotel industry cannot find Waitersthe health sector, nurses; the transport of merchandise suffers a major crisis of truckers; and the IT world does not find qualified professionals”, underlines the job portal.

Another similar case, he adds, is that of agriculture and day laborers, a problem that has been aggravated by the drop in immigration to Spain. In fact, according to the OECD’s 2022 Panorama of International Migration report, last year Spain received 16.6% fewer migrants employment than in 2020.

According to InfoJobs, among the most difficult job profiles to cover are those of waiter, cook, nurse, ‘data scientist’; cleaner, translator and cashier. In addition, positions such as production operator, warehouse worker and site manager “begin to appear on the list of positions not covered in the last three months.”

On the other hand, the portal points out that, although the demand for real estate agents fell sharply in June and even more from August, it continues to be among the positions that are difficult to cover. According to data from National Statistics Institute (INE), in the second quarter of this year the number of unfilled vacancies reached 145,053. The tertiary sector, industry and construction are the ones that have the most problems finding candidates. Despite everything, InfoJobs points out that Spain has one of the lowest vacancy rates in the EUwith 0.9%, compared to the 3.1% average for the euro area.

According to the employment portal, Madrid and Barcelona concentrate 37% of the offers that have difficulties to be covered, despite the fact that they represent just over 30% of the total offers published in all of Spain during the period from May to October. In proportion to their weight in the labor market, Barcelona has greater difficulties finding talent in high-demand profileswith 18% of the total positions that are difficult to cover, although Madrid concentrates the largest number of offers.

Despite everything, InfoJobs highlights that Spain is not the only country in the European Union You have difficulties finding certain profiles. A) Yes, France (74,445 difficult-to-cover monthly offers, on average), Germany (39,400) or Italy (2,505) are some of the countries with the greatest difficulties. In general, in almost all of Europe there is a lack of workers in sectors such as IT, engineering, commercial and sales, logistics, production and industry, medicine and health, hotels and restaurants, education and customer service.

In Germany, the most affected are the accommodation and events sectors. In this country, the excess of offers (vacancies that exceed the unemployed) reaches almost 600,000, according to Eurostat data. Also, according to the World Travel and Tourism Council, United Kingdom (23,573 monthly offers that are difficult to cover, on average) are already beginning to have problems finding workers in sectors such as accommodation (hotels and restaurants) or air transport.

Shortage of plumbers, bricklayers and carpenters in the EU

“A lot of these professions have ceased to be attractive to candidates due to their working conditions (salary, stability or type of tasks to perform). In this sense, the influence of the pandemic is considerable”, points out the employment portal. The case of the ICT sector is different, since its problem lies in the shortage of talent with a high level of qualification and specialization and in the lack of digital skills in other types of non-technical profiles, explains InfoJobs.

To solve the problem of the lack of qualified manpower, revitalize deficit professions and attract talent, EU member states want to make visa requirements more flexible and speed up the granting of permits, lowering recruitment costs for companies. The European Commission has prepared a draft reform (which would become effective in 2023) to make the application procedure more efficient. For this, regulatory changes will have to be made, such as modifying the granting of work and residence permits.

For its part, in Spain, the Public State Employment Service (SEPE) prepares every quarter a catalog of positions that are difficult to fill, positions for which there are no candidates. To facilitate hiring in the construction sector, the Ministry of Inclusion and the Ministry of Transport wants to expand the catalog of occupations that are difficult to cover so that companies can hire bricklayers, foremen, construction managers, electricians, carpenters, welders, forklift drivers and other professionals.

The food employers appreciate risks for employment due to inflation