Middle-class mortgage relief measures will be extended for two years 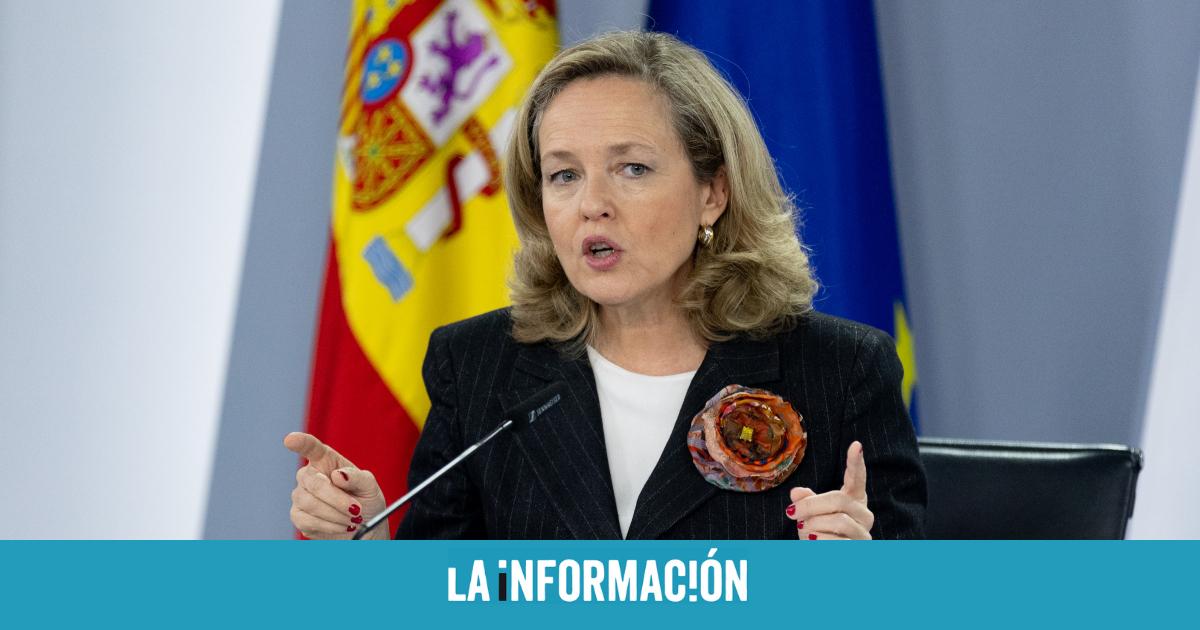 The Ministry of Economic Affairs rules out that the measures approved this Tuesday to extend protection to vulnerable households with a mortgage affected by the rise in rates (and with it the Euribor) and those of new creation aimed at middle-class families at risk of vulnerability will have a negative impact on delinquency. Sources from the Department headed by Nadia Calviño have explained that the measures of the new Code to which entities may adhere do not imply an element of direct reclassification of credits as delinquent or doubtful. The fact that this is the case was “important for entities and for households”, due to the negative consequences it has for each other when credits become delinquent or doubtful.

The Government, which considers the negotiations with the banks closed because the text has already been approved by the Council of Ministers and will foreseeably be published this Wednesday in the Official State Gazette, explains that those incorporated in the newly created Code for households middle class They will have a maximum duration of 24 months from their entry into force on January 1.. The same sources have explained that those that have come to expand the protective shield of the Code of Good Practices in force since 2012 have a vocation of permanence. “Once the text passes through the Council of Ministers, it no longer moves. There is no element of negotiation open. We hope to have reached a point of balance between all and that the entities are aware of the benefit for clients and for themselves to pitch in and contribute”, they added.

Now it is time to wait for the entities to gradually adhere to them, once their channels and internal bodies give them the go-ahead, something that in Economic Affairs they trust will happen. Especially after CaixaBank has announced that it will take advantage of them, as confirmed in the press conference after the Council of Ministers by the first vice president herself, Nadia Calviño. The Government calculates that around a million families are likely to be able to access to the measures approved this Tuesday, around one in three households with mortgages at a variable rate -which are those that are referenced to the Euribor, the main indicator for mortgages signed in Spain-.

The Government and the banks place in 300,000 euros the maximum value of homes that may benefit from the new plan, both in the case of vulnerable households with a mortgage, as well as those of medium income that may be at risk of vulnerability -and for which the second home may also be taken into account-. The agreement, which tries to adapt the Code of Good Practices for these debtors to the current situation (a text that was approved as a result of the last financial crisis), will allow this group to restructure the mortgage loan with a lower interest rate during the lack of the 5-year principal, with Euribor minus 0.1% compared to the current Euribor plus 0.25%, as the Ministry of Economy itself advanced on Tuesday after closing the agreement with the sector.

In addition, the term to request the dation in payment of the house (the delivery to the bank of the property that guarantees the loan in exchange for the cancellation of the outstanding debt) has been extended to 2 years, and which contemplates the possibility of a second restructuring, in case it was necessary. Those households with incomes of less than 25,200 euros a year that dedicate more than half of their monthly income to paying the mortgage may benefit from the Code with a grace period of 2 years, a lower interest rate during that period and an extension of the term of up to 7 years. This, even in the event that the mortgage effort is not increased by 50%.