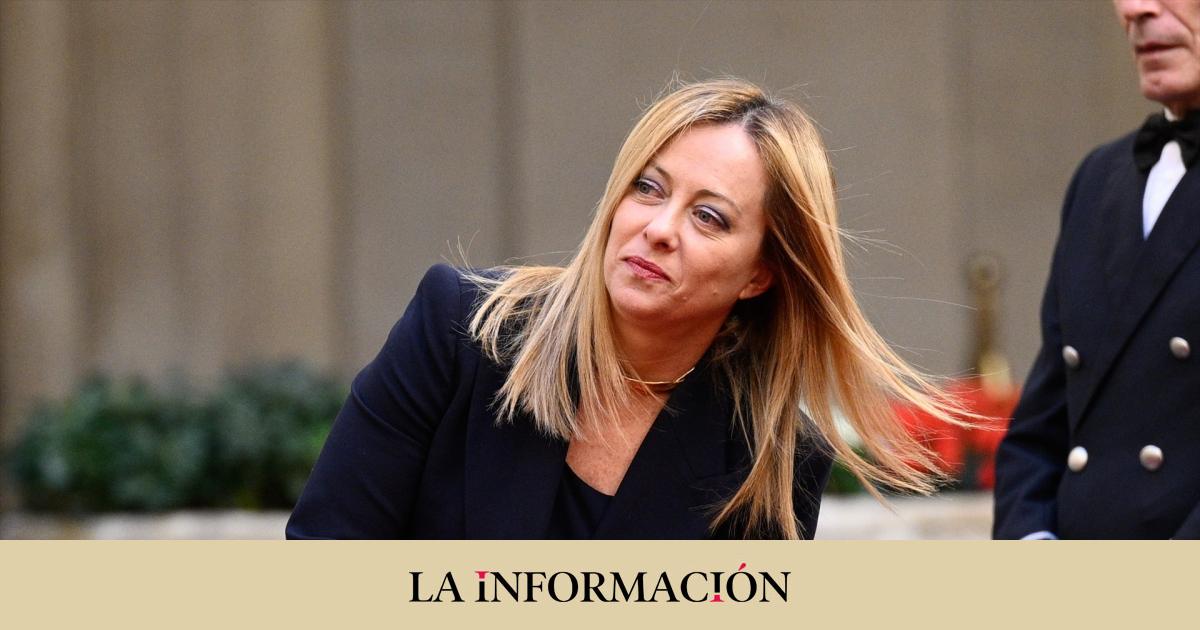 With the country on the rise after the end of discounts on fuels, limit your dependence on energy from Russia is one of the main objectives of the Prime Minister of Italy, Giorgia Meloni, which is why she will travel to Algeria today to consolidate the energy agreement which will be key to continue limiting to a minimum the need to continue dealing with the Kremlin after the crisis unleashed by the invasion of Ukraine.

Meloni, leader of the Brothers of Italy and at the head of the Government since October 22, will fly to Algiers this afternoon and will remain there until tomorrow, according to EFE sources from the Italian Government, which has not yet detailed the official program.

It will be the first trip he has made since coming to power to the neighboring African country, which has become a Essential ally for the supply of gas to Italy and therefore to Europe.

His predecessor, Mario Draghi, signed in July 2022 various agreements of gas supply with Algeria that, shortly after, made that country to replace Russia as the first supplier (Italy imports 90% of the gas it consumes and, until February, the month of the invasion of Ukraine, 40% came from Russian territory).

On the trip, the Prime Minister will meet in Algiers with the Algerian President, Abdelmadjid Tebboune, whom she already saw last November at the COP27 summit in Egypt, and will be accompanied by the CEO of the ENI oil company, Claudio Descalzi, among others .

The idea of ​​the visit is to reinforce the so-called “Plan Mattei”, aimed at turn Italy into a bridge for energy relations between North Africa and Europe, linked by the “TransMed” gas pipeline that comes out of the Algerian desert until it ends in Sicily.

In December, Meloni recalled that the Mediterranean region is “the backbone of Italian energy security” and 45% comes from it of the imports of its natural gas (60% if the one that arrives from Azerbaijan through the channel of Turkey, Greece and Albania is counted).

“The possibilities of this area are enormous, as is the help it can offer to energy security in this crisis phase, not only for natural gas, but also for the development and exchange of new sustainable energy“, he referred to the Med Forum.

The visit will also involve other bilateral meetings to increase business collaboration and the exchange of technological innovation, for which reason the president of the Confindustria employers’ association, Carlo Bonomi, will travel with Meloni, according to Italian media. Last Wednesday, the Algerian embassy in Rome announced this visit of “friendship and work” to consolidate the strategic partnership between the two countries on the two Mediterranean shores.