Marcelino: “Selection? I had slight hopes, but they quickly dissipated” 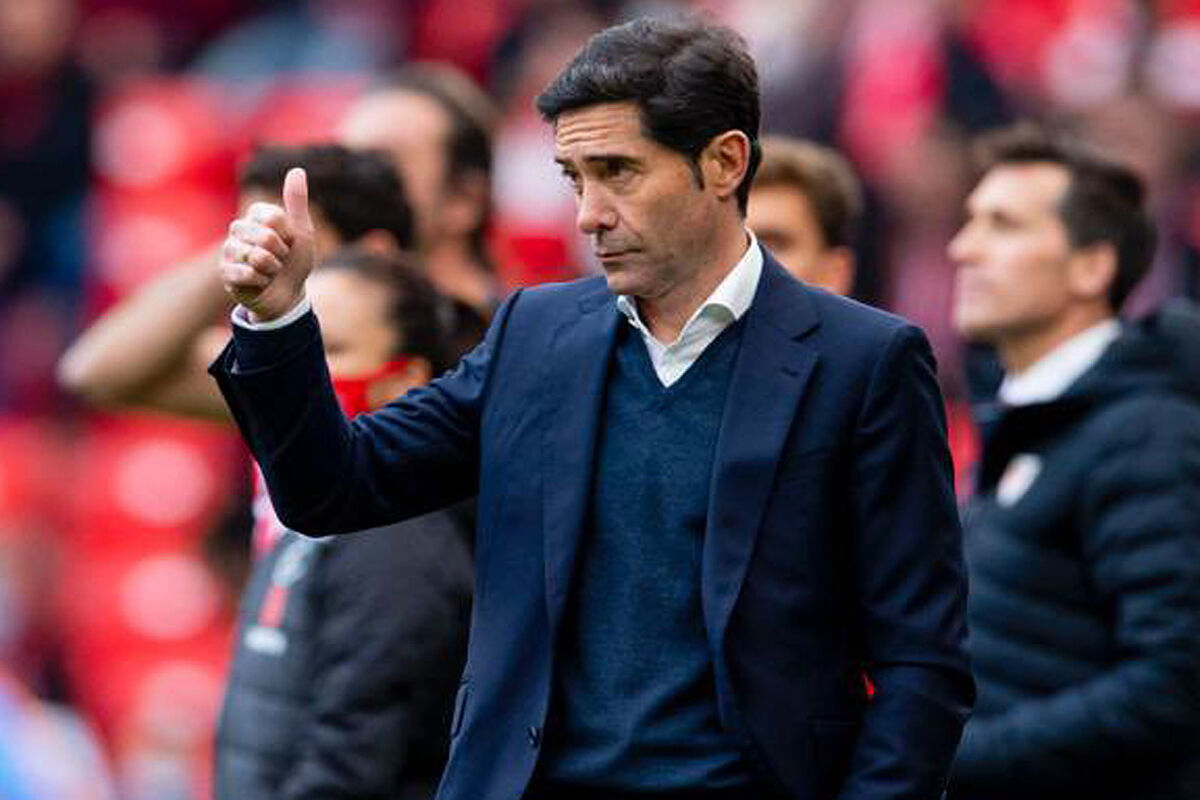 Marcelino Garcia Toral He was the star guest of the sports night on Radio MARCA. The Asturian coach, currently without a team, analyzed the news of Spanish football in the program ‘goals‘ Directed by Pedro Pablo Parrado.

I’m waiting for a call: “Patience, waiting for that challenge to appear. Enjoy family, friends, not be aware of the competition. It’s a good time to add energy.”

Day to day: “I need to keep my mind busy. We are lucky to do what fills us up. When you are a coach, you take over and relativize some circumstances. You focus on what is really important”.

Balance: “I have the ability to maintain a balanced state of mind. It is an important part of making you credible.”

La Real is the most attractive team in the League, they know how to attack, press high, defend withdrawn… they are achieving high performance

Relationship with the player: “Each footballer is a different world. You have to adapt to each one of them. There has to be a sincere dialogue to get optimal performance.”

A bench: “It’s different to train Madrid than Granada. Because of the greatness and the environment. All footballers have egos and many of those footballers are top level”.

Cristiano-Messi: “The important thing is to get to know each other and speak clearly. The main protagonists are the players and you have to find the right channels. You can’t treat one footballer the same as another. Always keeping dialogue and sincerity in mind.”

Big stars: “The humility of these footballers is seen in that they always want to be better.”

Athletic is a different team, the players want to respond to their feeling of being rooted and that obligation can harm them more than benefit them

Athletic: “It’s a different team from the rest. All the footballers are from there. You find 23 footballers who almost all went through the lower categories. They think about responding to the trust of their parents, their friends and their feeling of rootedness. This obligation can harm them more than benefit.”

Real Madrid or Barcelona: “I am convinced that they are not going to call me. We are a coaching staff that does not meet the conditions. The coaches they choose are usually very successful or former players. They look more for this second profile.”

Future: “The fact of going out attracts us. Economically the Premier has more possibilities, as shown by the teams at the bottom of the table.”

I am convinced that Barcelona and Real Madrid are not going to call me, we are a coaching staff that does not meet the profile they are looking for

Real society: “I think it is the most attractive team in our League. It is achieving a high performance. It dominates many aspects of the game. It knows how to attack, press high, defend withdrawn… It is an efficient team with a logical position. La Real is a team who plays well.”

Spanish selection: “Luis Enrique did very well. When the position became vacant I had slight hopes but they quickly dissipated. It’s an illusion that I still have. Now we have to give support to the new coach”.

Athletic: “I don’t know where I’ll be. I don’t spend a lot of time thinking about it. Situations appear suddenly.”

Diego Lainez to Tigres: The amount he can pay Betis to be a reinforcement