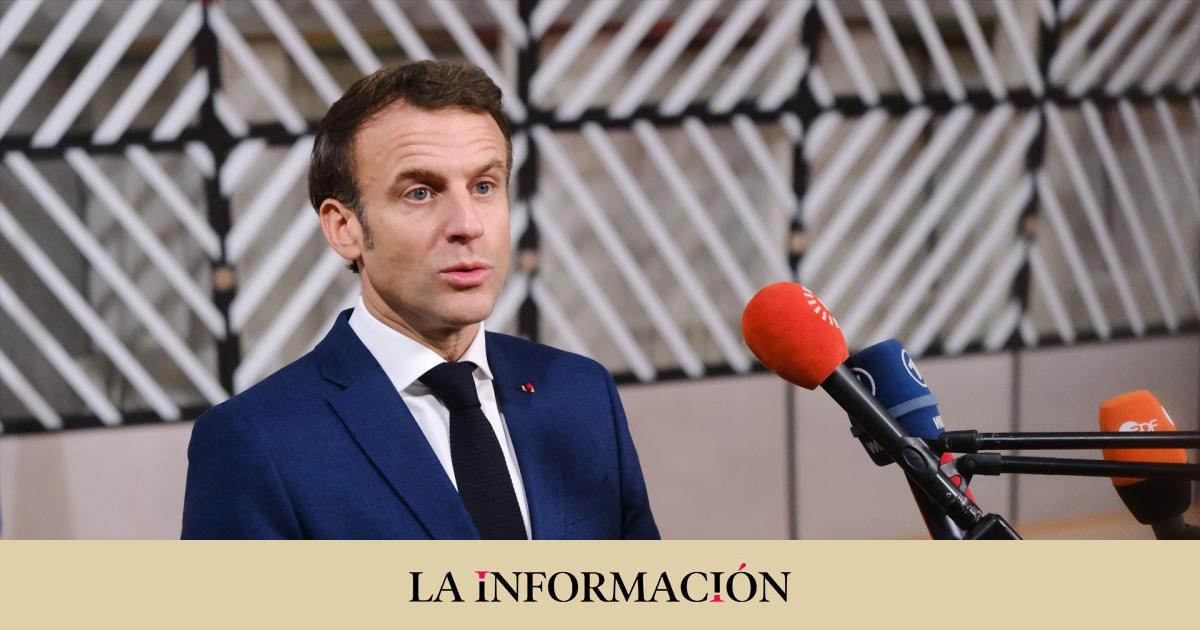 The French government led by Emmanuel Macron has chosen to delay the minimum retirement age, which he is currently 62 years old in the country, until 64, and not until 65, as he had considered at the beginning. However, to financially alleviate this change, the increase in the contribution period will be accelerated up to 43 years.

The French media have agreed this Monday that this will be the star announcement of the pension reform that will be formally presented tomorrow afternoon by the Prime Minister, Elisabeth Borne, together with the headlines of the Economy, Bruno Le Maire, Labor, Olivier Dussopt , and Civil Service, Stanislass Guerini. For her part, Borne had already recognized that 65 years were not untouchable and Éric Ciotti, the president of the conservative party Los Republicanos (LR), essential to carry out the reformhas made 64 years one of his conditions for giving his support.

In addition, public opinion is much more against delaying the minimum retirement age by three years. In a survey released last Friday, the Ifop polling institute explained that 68% of those interviewed are against raising it to 64 years and 79% against 65, according to EFE. In any case, as the objective of the Executive is to balance the financing of the pension system in the horizon of 2030, an effort will be needed to make up for one year less than expected for retirement.

This will be possible with an acceleration in the rate at which the contribution period necessary to benefit from a full pension (without penalties) grows. By virtue of a previous pension reform, that period increases progressively from 2020 to 2035, from 41 to 43 years, but now it is about expedite it. It must be taken into account that when this contribution period has not been covered, you must wait until you are 67 years of age to retire without penalty.

One of the unknowns that remain to be cleared up is whether another of the conditions that the president of LR set this Sunday will also be included, which he establishes as a minimum pension for those who have covered the full contribution period 85% of the minimum wagethat is, about 1,200 euros currently in 13 monthly payments, but not only for future retirees, but also for current ones.

In order to extend this minimum to current retirees, the Finance Minister, Gabriel Attal, pointed out that a financial compensation mechanismfor an estimated cost of about 1,200 million euros on the horizon of 2027. Because there are currently about 1.8 million retirees who earn less than 1,000 euros per month despite having covered the contribution period, especially former farmers , self-employed and women who worked part-time.

All the unions are directly opposed to a reform that they consider unjustified or that, if carried out, would have to begin with an increase in employer contributions, an option ruled out by Macron, who maintains as one of his political axes not increase taxes, especially those of companies. The centrals meet tomorrow to, immediately after Borne’s announcements, present the program of the first mobilizations to try to block the reform which, in accordance with the Government’s plans, will be adopted by the Council of Ministers on January 23 so that it can begin the parliamentary process at the beginning of February.

Shakira explodes against Piqué for exposing her son Milan in a “live”: this is what she said