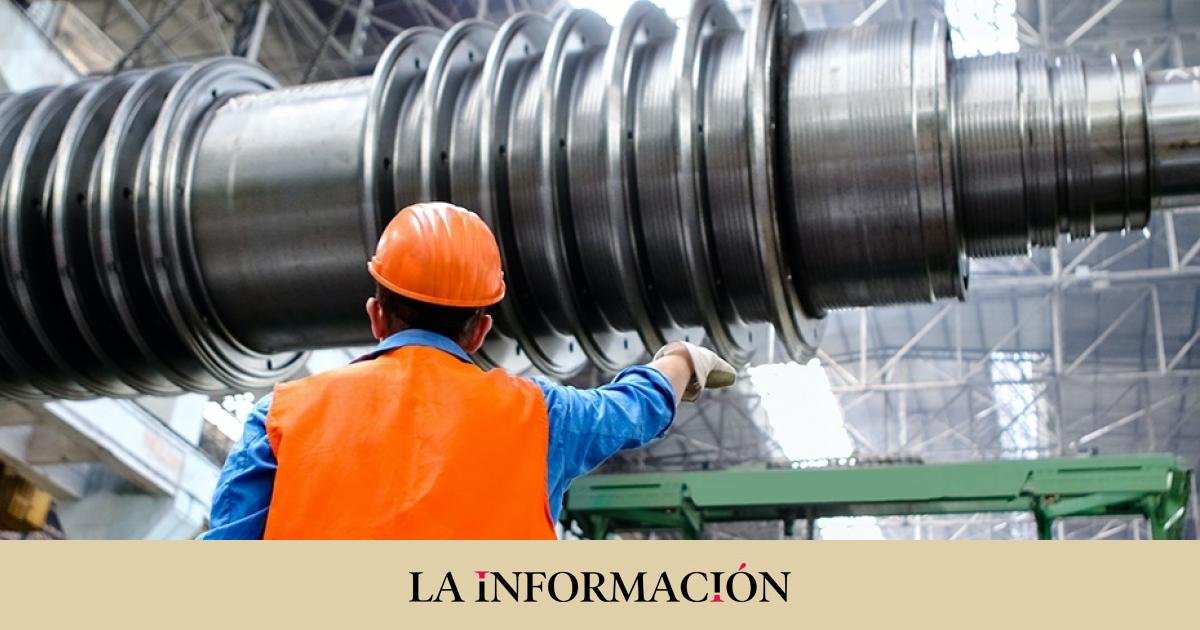 The slowdown in the Spanish economy, which barely advanced 0.1% in the third quarter and which has already given signs of exhaustion in employment or consumption, has also affected industry. Secondary sector production fell in November after six consecutive months of gains, in which it did manage to overcome the effects of the crisis in Ukraine and the sharp rise in energy costs and inputs, with inflation at very high levels. The General Industrial Production Index (IPI) fell by 1.8% year-on-year in the eleventh month of the year, thus registering its largest decrease since October 2021, when it fell by 3.1%, still affected by some of the restrictions due to the pandemic.

The data has been made public this Wednesday by the National Institute of Statistics, which notes how the production of the energy industry was the most affected, with a decrease of 9.8% in relation to the same month of the previous year. They were followed by durable consumer goods (-6.3%); intermediate goods (-2.9%) and non-durable consumer goods (-2.1%). Industrial production not only deteriorated in year-on-year terms, but also with respect to the previous month, October, when this indicator rose 2.1%.

The only sector that presents growth rates is that of capital goods, those used for the production of other goods, which advances by 7.3% in interannual terms. By province, the annual rate of industrial production increased with respect to November of the previous year in eight autonomous communities and decreased in the other nine. The greatest increases took place in Comunidad Foral de Navarra (7.7%), the Canary Islands (4.4%) and Extremadura (4.2%), while the most pronounced decreases were registered by the Region of Murcia (−13.5% ), Principality of Asturias (−10.8%) and Andalusia (−5.6%).

PMI data had already been pointing to deterioration

Other references were already pointing to a ‘puncture’ in the industry in recent months. This is the case of the PMI Purchasing Managers’ Index published by S&P Global and which reflects the future expectations of a representative part of the companies in the sector. The one published in December already reflected how the industry continued to contract in the last month of last year -this indicator had already been pointing to a decline in activity for several months- although the less severe drop in new orders, the stabilization of employment and the notable increase in the confidence of industrial companies would point to some stabilization. In fact, industrial price inflation would have eased in the last month of the year for both sale and purchase prices.