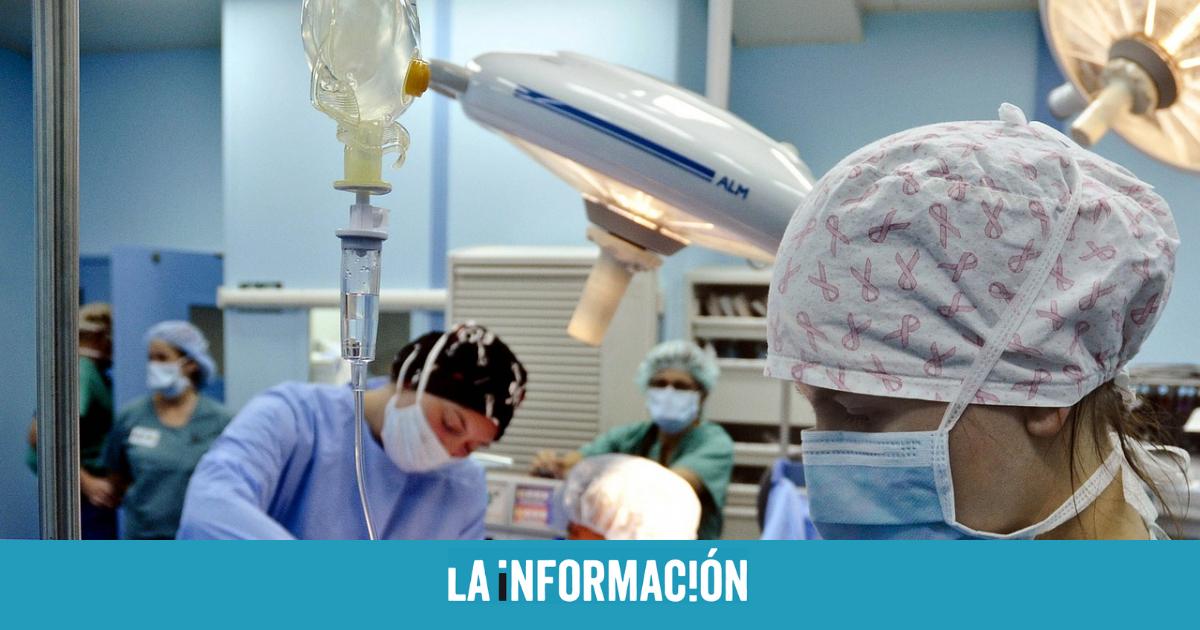 Spain will face in the short and medium term a considerable shortage of doctors -practically all specialties-, which can become a serious problem in a context of an aging population, which requires allocating ever greater human and material resources to care for pensioners and retirees. To deal with this lack of professionals, it will be necessary to work in various directions and implement effective measures to achieve an adequate number of doctors, for each specialty, in the coming years. But how many doctors are missing and what can be done to prevent it from ending up overwhelming the National Health System (SNS)?

The data handled by Ministry of Healthbased on a complete report prepared by Patricia Barber and Beatriz González López-Valcárcel, researchers and professors at the University of Las Palmas, show that the deficit in 2027 will be 9,000 professionals and close to 18,000 in 2035, especially in Medicine Family and Emergency, very far from the 80,000 that according to the statistics of National Statistics Institute (INE) they should retire in the next ten or 12 years, because they are already over 55 years old.

In a recent parliamentary response to a question from the Popular Party based on INE data, the Government used to answer the aforementioned study by the Canarian researchers, much more optimistic, and explained how it will act to gradually supply the casualties due to age. As highlighted, now is the time to make decisions, such as increasing the number of Resident Medical Interns (MIR) in certain specialties so that those who start training next year and complete their studies in 2027 or 2028. Along with this, it will be necessary to provide options for flexible or delayed retirement with the aim that professionals continue to be active for more years, a numerus clausus and open the door to more foreign doctors, necessary given the flight of many trained in Spain to other EU countries that offer better remuneration and to private healthcare.

In addition, it will be key the greatest relationship between public and private networks and the compatibility of professional practice, as well as the distribution of responsibilities and tasks between different types of health professionals. The report shows, based on the data provided by the communities to Health, a record of medical staff in the public network and private by specialty, autonomous community, sex and age range in the National system of health which allows establishing the percentage of professionals per 100,000 inhabitants. The relationship between the number of graduates in Medicine and the places called for their subsequent training as a specialist via FSE (MIR) is one of the axes to take into account in the process of planning the needs of specialist doctors, he points out.

How much does the number of doctors increase?

The Government acknowledges in its response that the offer of Specialized Health Training of each annual call is carried out in accordance with the proposals of the autonomous communities, the accredited teaching capacity and the budgetary possibilities. From there, he highlights, the offer of places has increased from the 2017-2018 Call to the current 2022-2023 by 39%; 31% for Medicine degree, which reaches 8,550 places. While the doctors in training have gone from the 25,000 in 2017 to the current 31,000.

As for the foreign doctors, highlights that the migratory flows of doctors to Spain fairly accurately reflect the economic cycle of public health spending. Thus, between 2000 and 2008, there was an increase in admissions, reaching a maximum in 2008 with 7,709 doctors who landed in Spain trained in other countries. Meanwhile, with the crisis, there was a reduction until 2015 with only 1,383 immigrant doctors. “The fall in the immigration of doctors to Spain, especially from Latin America, responds to a fall in the demand for professionals in our country caused by the economic crisis and the consequent budget reductions“, he points out, to highlight a significant increase since 2016 that stopped in 2020, the year of the pandemic.

How many doctors are there in Spain and where are they?

In terms of ratio per 100,000 inhabitantsthe variability of public employment between communities is considerable. Asturias (383.2 doctors per 100,000 inhabitants), Navarre (381.7), Galicia (363.7), Basque Country (351.3) and Aragon with 347 specialists head the staffing of medical human resources, at the other extreme are Andalusia with 234.8, Ingesa (Ceuta and Melilla) with 263.2, Balearics with 276 and Canary Islands with 282.2. Since 2007, the total number of doctors in public health has increased by 33% and the group has clearly aged, with those over 60 representing 21% of the total compared to 9.7% five years ago. Despite everything, the entry of new MIRs has forced a significant reduction in those over 50 years of age.