“I did not know the existence of the voucher” 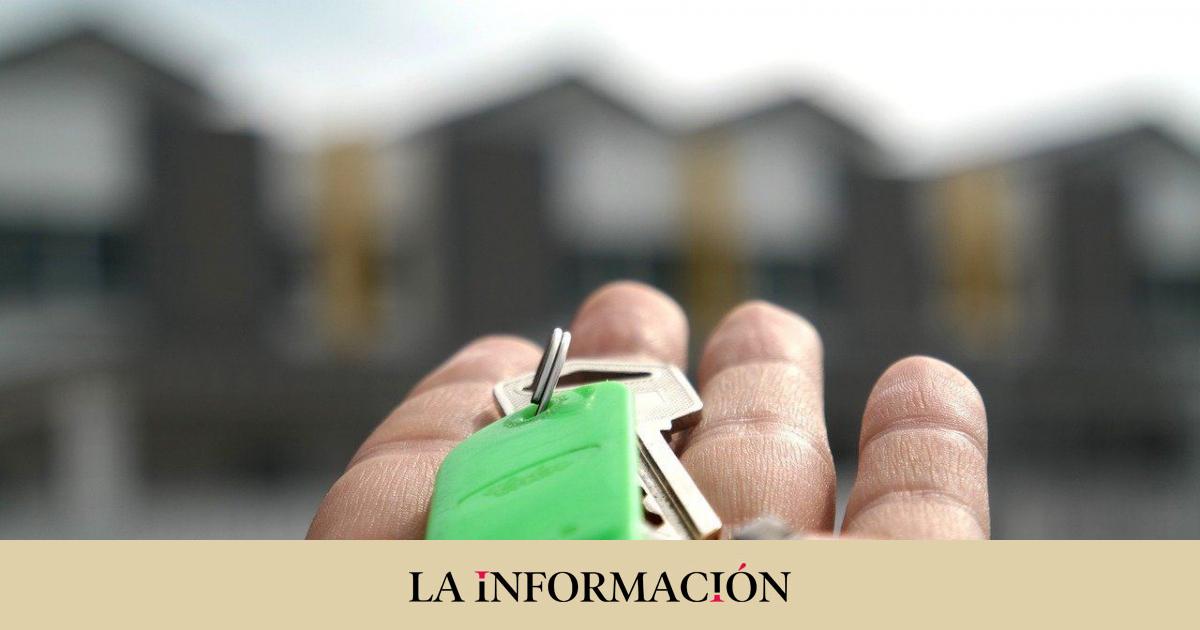 The housing policies proposals by the Government operate in a market where the mismatch of prices distorts supply and demand. In this sense, we have to consider how these rent increases affect youth, since only 1.9% of young people meet the requirements to request government aid, according to the Youth Council of Spain. The precariousness and the lack of regulation have created a panorama in which the new generations can hardly afford to sustain the rent of a room, despite the famous “solutions” promulgated from the Executive.

Currently, according to data provided by Idealista, rental prices are reaching record highs in 23 Spanish provinces. The portal recalls that Spain has said goodbye to 2022 with the rise in housing at an average of 11.4 euros/m2 per month, standing at only 0.3% of the maximum national income reached during 2022.

Fotocasa’s annual report shows that 26% of young people between the ages of 18 and 24 have rented flats in provinces other than their place of origin, due to reasons such as higher education or incorporation into working life. However, this figure reflects a drop of 11% compared to the peak registered in 2011, when 38% of people under the age of 25 were looking for rentals and closed their contracts with the owners.

Abel Alejandro Calcedo He is one of these young people recently incorporated into working life who seeks to become independent during 2023. For Abel Alejandro “it is quite difficult to meet my expectations regarding rentals, I have come to value the possibility of leaving my city, but I do not want to give up my social life and my budget only allows me to look for offers for less than 700 euros to live alone”.

The young man contemplates the possibility of “illusoryly” requesting the rental bonus, since the prices, analyzed by Idealista, in the province of Madrid are around 16.18 euros/m2 and they are only one 3.41% below the maximum records. However, Abel’s preferences coincide with the opinion of those young people who have access to a decent salary, since renting is the best option to access housing that allows them to improve their mobility, being closer to their workplace or of studies.

However, this is a reality that most young people cannot access naturally. The demands of the educational system increasingly delay the age at which young people begin to receive their first income, leaving thousands of students helpless when looking for a flat near their educational centers.

The reality of rentals

Although rental contracts are usually established in a 5-year time frame, The new youth rental voucher that the Government has announced only shows a validity of 2 years. With which, most of these beneficiaries will have to prepare for a rent increase of 250 euros during the third year of their contract. The General Director of the Rental Negotiating Agency, Jose Ramon Leftyhas denounced that “this bonus is short-term and has no real effect, it only hurts prices”.

Mohamed Sidi He is a young man who is part of the group of students who changes his habitual province to finish his studies in the capital. Sidi acknowledges that “I didn’t even know about the existence of this bonus”, hinting at how this aid ignores the large percentage of students under 25 who represent an important part of the sector, since, according to the Brains News portal, more than 130,000 young people live in student flats Only in the Community of Madrid.

Mohamed has confirmed that your contract is not even eligible for this aidAlthough this does not mean that the young man has not suffered from the aforementioned problems “the rent has risen 2% in less than a year and now my colleagues and I have to deal with more expenses”. people who do not have a stable source of income enjoy this help, therefore, students are automatically excluded from having this plus if they do not have their own monthly income, which in the case of the Community of Madrid, must exceed 600 euros (300 in the case of a room).

Idealista’s sources confirm that almost none of the flats offered in the capital are below 600 euros, so that the help is completely invisible to the majority of tenants who meet these requirements. Within this panorama, a series of anonymous owners have recognized that there is “little supply and a lot of demand regardless of what the Government says through these aids.”

The reality is quite disjointed and the market does not finish convincing with regard to the financial future of the population under 35 years of age, of which, only 1.9% could meet all the requirements that the Executive requests to enjoy this bonus without any impediment, according to the Spanish Youth Council (CJE).

Eve Raised he is one of the people who has lived through rent inflation in the last year. The young woman has recognized that her rent for a room has risen from 280 euros to 350, reflecting an increase in its expenses of 30% during 2022. Criado acknowledges that “this academic year it has been much more difficult to find a flat that suits the needs of my colleagues and I, although it is true that the quality of this property is better, we have had to deprive ourselves of some things, for example , my room doesn’t have a desk.” In this context, Criado recognizes that government aid is quite necessary, but even so, she does not meet the very selective requirements that we are talking about.

To these facts must be added the aggravating circumstance that heYouth cannot receive the Minimum Vital Income Unless you enter less than 481 euros per month, making the youth rental bonus and the IMV are two absolutely incompatible aids, since these figures are not worthy for the beneficiaries to emancipate themselves and maintain a dignified life. Facts that could be solved if the two subsidies were coordinated.

These are the Mega Millions winning numbers for the draw on Tuesday, January 10: $1.1 billion is at stake