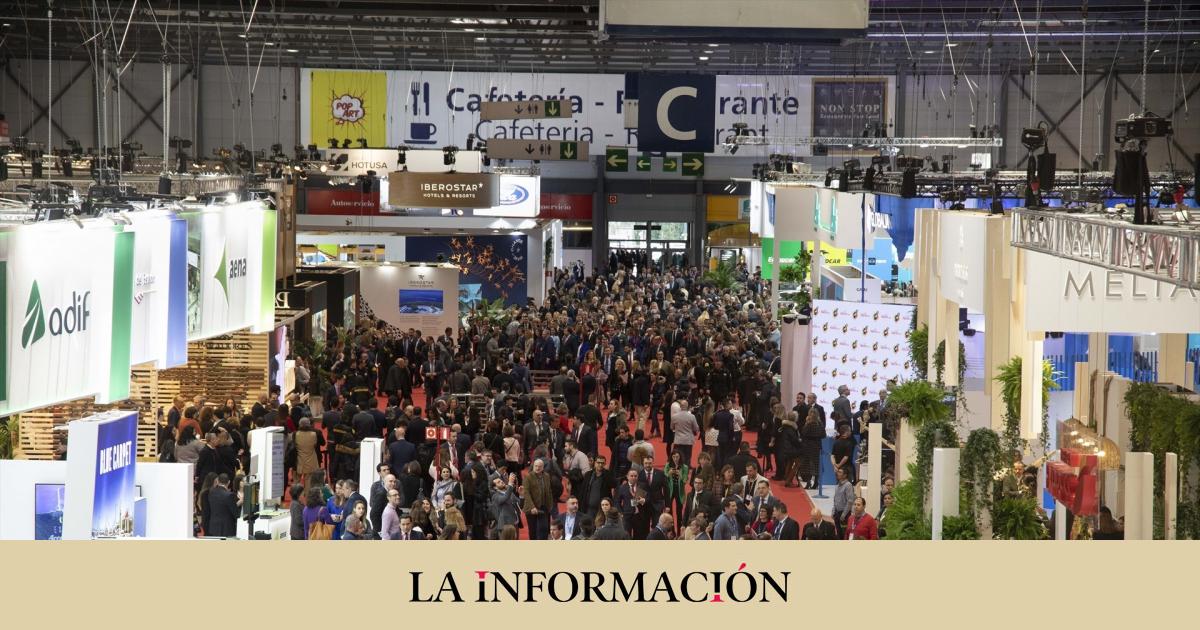 The Spanish hotel groups join the impression of the Government of Pedro Sánchez and believe that 2023 will be the year where tourism will recover 100% after the pandemic hit, first, and inflation, later. The companies are confident of achieving record results, even above the previous historical mark of 2019. The 43rd edition of Fitur has showered the sector with a climate of optimism not only because of the great hopes placed this year, but also because of the return to carrying out the fair as normal after overcoming Covid.

The large Spanish hotel chains -Meliá, Barceló, NH, Eurostars, Sercotel, Riu, Hesperia, Piñero and Palladium- have advanced these days within the framework of Fitur Your forecasts for this year in which, with the caution imposed by a scenario surrounded by uncertainties, they calculate that they will exceed 2019, the year before Covid-19 and all-time high for the sector in Spain.

The Minister of Industry, Commerce and Tourism, Reyes Maroto, is in the same line and believes the numbers of 2022 could be exceededwhen the spending of international tourists in Spain will have been around 87,000 million euros (in the absence of the National Institute of Statistics publishing the final figure on February 2), the second best record after the 92,300 million of 2019.

This means that tourism will once again be the first national industrywith a weight in GDP of around 12-13% and almost 2.5 million employees, the best result in the historical series.

Fitur 2023 has served to share these positions of the sector, in an edition in which optimism has been felt, and that, even with lower numbers of participants than before the pandemic, has generated greater volume of businessaccording to the president of Ifema, José Vicente de los Mozos.

Bookings capped in the first quarter

The almost full recovery of pre-Covid normality already in the second part of the year that has just ended is confirmed in this first quarter of 2023, in which the rhythm of reserves is very vigorousa point on which there is unanimity among hoteliers.

Last year it had started disastrously due to the spread of the omicron variant of the covid, which even affected Easter. But the desire to travel prevailed later and the panorama changed radically. After the summer, analysts from all walks of life were predicting a weak autumn, highly conditioned by the uncertainties derived from the invasion of Ukraine, which triggered fuel prices and inflation. Fortunately, the omens failed.

The return of Chinese tourismonce your government has lifted the restrictions on travel, which will take place gradually throughout the year, it is the missing element so that the effects of the covid are a memory of the past.

Now the battle of the sector, and on this point all the hoteliers also agree, is regain full employment once they have successfully saved 2022 thanks to the sharp rise in prices, to levels higher than those of 2019. The forecast is that in 2023 they will continue to increase, although to a lesser extent.

The CEO of Meliá, Gabriel Escarrer, believes that the company -with almost 400 hotels in the world- will improve its 2019 results in 2023, with higher pace in the holiday componentafter verifying that at the start of the year, with the data for the first half of January, “we are quite comfortable”.

They have good prospects for their hotels in the Caribbean (Mexico, the Dominican Republic and Cuba), due to the strength of the market in the United States and Canada, although the strength of the dollar is taking something away from tourism European to go there, a position that, on the other hand, benefits the Canary Islands.

Barceló -with almost 280 hotels- will close this year with the best results everaccording to the CEO, Raúl González, who is even advancing a 10% increase in turnover.

In NH (with 350 establishments under this brand), its CEO, Ramón Aragonés, defines the expectations for 2023 as “exceptional”, the best year for the company, with income “clearly” above 2019which they already exceeded in 2022 (with a figure close to 1,750 million).

Its strategy in 2022 has also gone through influencing rate increases above occupancy, which they want to improve in 2023 “due to price increases”, since it is the “only” option to maintain profitability .

Hotusa (with 246 hotels under the Eurostars brand) highlights that after a more sudden recovery in demand in 2022 than expected, the outlook for this year “certainly” exceed the results of 2019in a sector that has shown great solidity and strength in the reactivation, despite the doubts in the outlook.

Sercotel -with 104 establishments- estimates that it will invoice 115 million this year, 64% more than in 2019. Already in 2022 it managed to exceed sales at that time by 33%, according to information provided by its CEO, José Rodríguez.

Palladium -which manages 40 hotels in 6 countries- expects to exceed this year, for the first time in its history, the 1,000 million euros of business managed, which will mean a growth of 5.5%. In 2022 it ended with revenues of 948 million, 26% above pre-Covid levels.

For its CEO, Jesús Sobrino, the strength of the demand in 2022 allowed the group to raise prices by 29% in order to absorb the rise in inflation and not damage their margins.

The business general manager of Hesperia (22 owned hotels), Gonzalo Alcaraz, hopes that once a “fantastic” 2022 has closed, above initial forecasts, in 2023 the trend and prices will consolidate, which already last year were at higher levels than before the ravages of the covid. In his opinion, prices have risen due to a structural need in the sector. Spain “finally” has aligned itself with other European markets compared to those that it was below with products that are often of higher quality.

The Piñero Group -with 27 hotels- anticipates that 2023 could be a “spectacular” year if the summer and autumn forecasts are the same as those of the previous year, according to its CEO, Encarna Piñero. “The vision that there is from the economic side squeaks at us, because it seems that we are going to find a new crisis. But we don’t see it,” says Piñero, a position that reflects the sentiment of the sector as a whole.