Hiring will fall in sales by 24%, the first with the labor reform 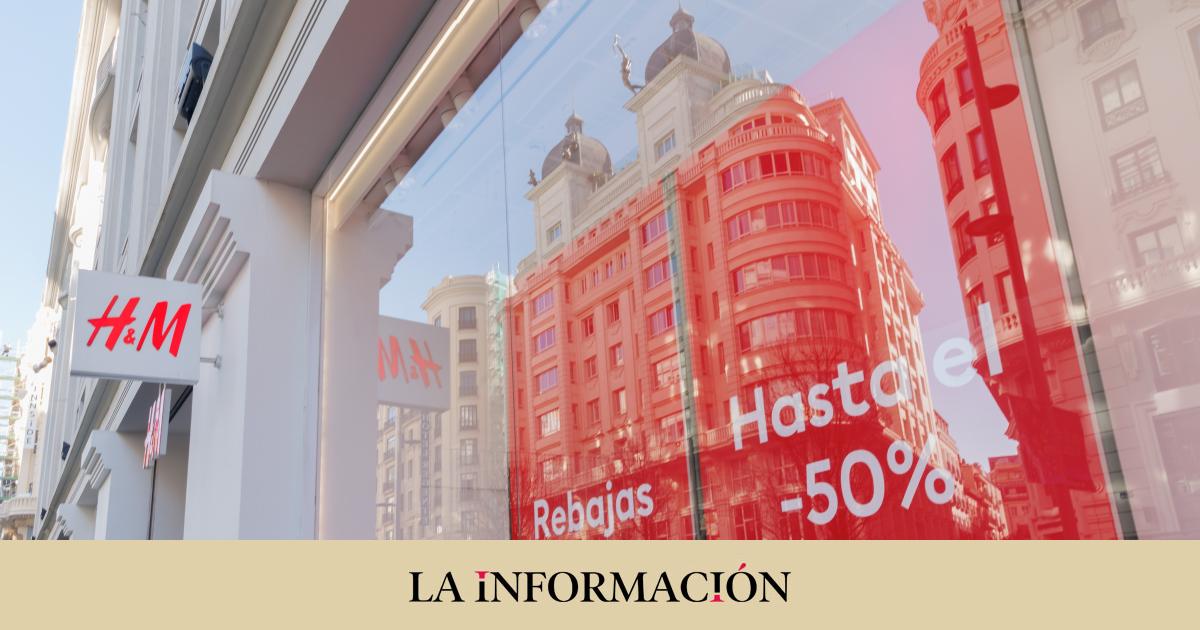 The number of contracts that will be generated this year during the sales season represents a total of 140,660 jobs. However, this record shows a fall of 24.2% if we compare the data with the previous year, in which 185,000 contracts were formalized before the Government approved the labor reform at the beginning of last year, according to the registered data. by Randstand in the logistics and trade sectors.

Precisely, The commerce sector will be the one that registers the greatest fall of hiring during the sales campaign, 29.5%, going from the 68,487 contracts last year to the 48,287 expected for the current campaign. On the other hand, the sector of logistics will also cut its hiring, although less. Specifically, the human resources group calculates that this sector will sign 92,370 contracts for sales, 21.1% less than in the previous campaign.

“The climate of uncertainty that we are currently experiencing will continue to cause the recent Christmas campaign or the imminent sales campaign to have more moderate results than those of the previous year. Even so, we can draw positive conclusions, such as the good shape of the logistics sector “, highlighted Valentín Bote, director of Randstad Research.

Despite this, the logistics sector will continue to monopolize two out of three contracts (65.7%) for the sales campaign, while commerce will register one in three (34.3%). The profiles most in demand by the logistics sector are: packers, forklift drivers, warehouse workers and transporters.

In the case of commerce, the profiles most sought after by companies will be those of shop assistants, promoters, hostesses and commercials. Likewise, workers will be required for customer service, both online and by telephone. However, commerce is the sector that will experience the most job losses within the new climate.

According to Randstad forecasts, all the autonomous communities will generate less employment in the current sales campaign That the last year. Comunidad Valenciana and La Rioja are the regions where recruitment will drop the least, with a drop in both cases of 21.5%, followed by the Canary Islands (-22.2%) and the Balearic Islands (-22.5%). In contrast, the greatest setbacks will be recorded by Catalonia (-26.3%), Castilla y León (-26.4%) and Asturias (-27.5%).

In absolute terms, Andalusia will lead the contracts for the sales, with 25,000 expected contracts, followed by Catalonia (22,660) and Madrid (19,480). Between the three, they will account for almost half (47.8%) of all the contracts that will be signed during the sales.

The other side of labor reform

These sales are the first to be held since the entry into force of the labour reform approved last year. The new measures reflect a fight against temporary contracts, since, currently, the new permanent permanent contract is established without a time limit.

In regards to the temporary jobsYes, the contract for specific work or service has been completely eliminated, being replaced by contracts due to causes of production, which cannot exceed six months of validity. In addition, in the event of any irregularity, the type of contract will become indefinite and there will be penalties from 1,000 euros to 10,000.

In this context, the large national chains dedicated to this sector are looking at a rather grim picture, since the sales imply an increase in demands that are more difficult to meet with the permanent staff that these companies have during the rest of the year.

Immigration, drug trafficking and trade: the issues that Biden, AMLO and Trudeau will discuss at their summit in Mexico