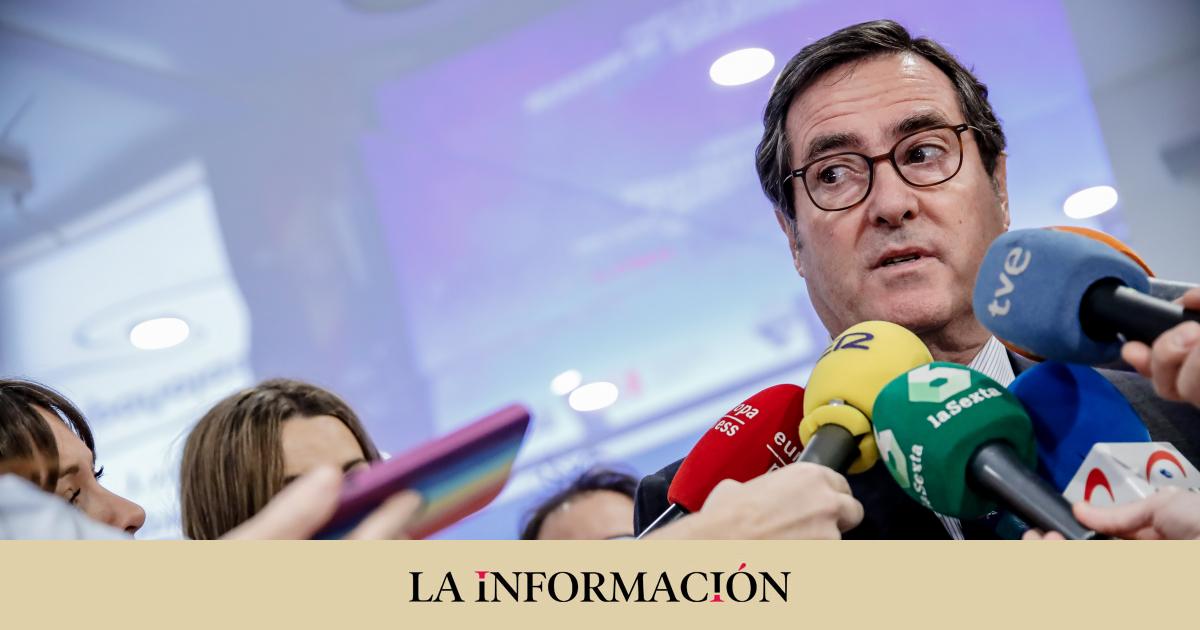 The president of the Spanish Confederation of Business Organizations (CEOE)Antonio Garamendi, has referred this Thursday to the inflation as “the main enemy” and has asked to “manage it well”, especially with regard to salary increases, to avoid second-round effects.

“Must have Be very careful with second round inflation. The fact that we have to assume the inflation that comes from outside is already hard, but that we generate a second inflation as a consequence of adapting to that from outside would make us less competitive”, said the president of the employers’ association at the inauguration of Fitur.

Garamendi has pointed out that “not everything is fatal and not everything is going so well”, and although inflation has moderated at the end of 2022, with 5.7%, the underlying, at 7%, “is worrying”. In addition, to this “we must add” the increase in prices that “drags” since December 2021.

“We have to be very cautious and very rigorous with expenses that we do, because the State itself could also generate inflation, the taxes themselves generate inflation”, stated the president of the businessmen. In addition, he warned that with the onset of winter the energy situation in Europe could also be complicated, where 20% gas may be missingaccording to his words.

Garamendi has recognized that in Spain there will be no supply problems, although it does not rule out that prices will skyrocket again. As a representative of businessmen, he has expressed his concern about the impact of this possible situation on companies.

The president of the CEOE recalled that the employers presented to the Government a proposal to increase the Minimum Interprofessional Salary (SMI) of 4% by 2023. In the document that the businessmen sent to the Executive, they also asked to analyze the situation of the countryside, a sector that is “very drowned”, and the indexation of public contracts in the part that affects companies. Garamendi has insisted that the employers are in favor of raising the SMI, but has asked that the approaches not be mixed in a “sine die” electoral year.

“The SMI is not social dialogue. What the law itself establishes is that it is an attribution of the Government, after consulting the social agents. It is not an issue in which we have to be sitting at the social dialogue table,” explained the president of the employers’ association, alluding to article 27 of the Workers’ Statute.

Garamendi also observes electoralism in the “unfortunate words“from the Second Vice President and Minister of Labor, Yolanda Diazon the companies that “are lining” with the rise in prices, specifically food.

The president of the CEOE has avoided “entering into the populism of words” and has demanded that the Government speak “more seriously”, because It is “a mistake to send those messages”. As a representative of employers, she has defended that companies are also facing a rise in costs “in a very important way” and has recalled that “they also have to earn money” to create jobs.

‘El Chapo’ asks AMLO for help in the face of “psychological torment” in a US prison: Mexico says it will review the request