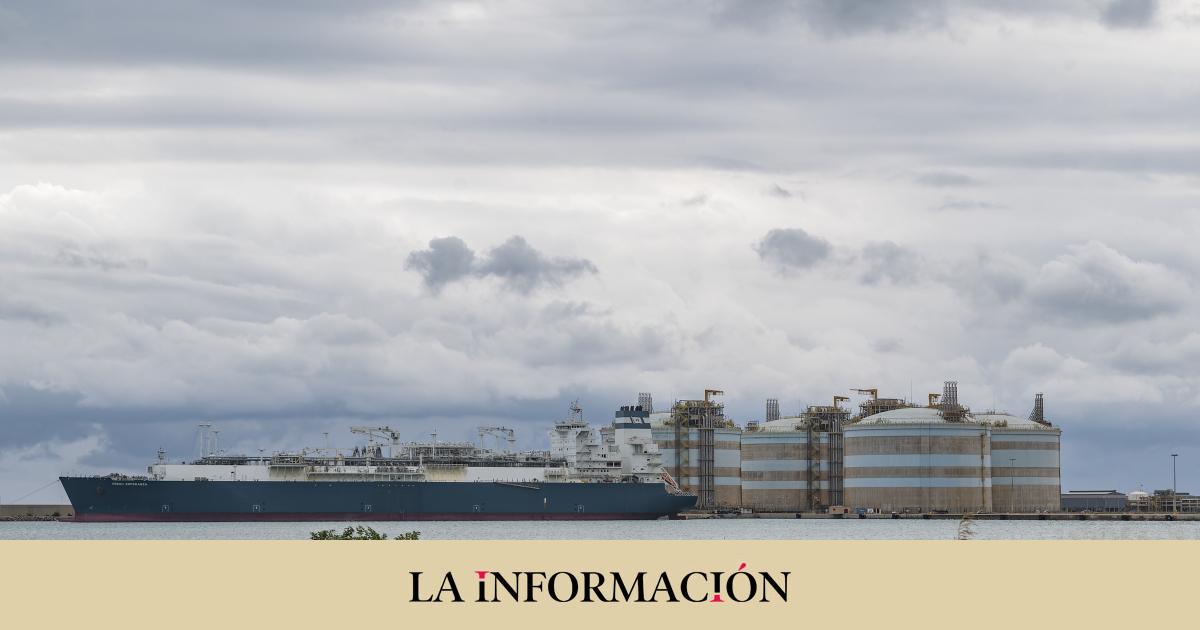 The European Commission (EC) proposed in May last year that the countries of the European Union (EU) increase their energy saving target for 2030, so that they consume 30% less gas and accelerate their renewable energy goal. All in the context of Russia’s invasion of Ukraine. Months later, the Member States agreed to a 15% cut until spring.

The measure has resulted and Russia is having less and less weight in EU fossil fuel imports. However, a report by the consulting firm EY for the Naturgy Foundation warns that if Brussels sets a gas demand reduction to 2030 “too strict” would make it difficult to renew long-term contracts. “Foreseeably, it will negatively affect the LNG supply due to the possible disincentive for investments in liquefaction plants, which would push gas prices up and make it difficult to renew long-term contracts,” the document underlines.

It also maintains that this situation could keep gas prices structurally high, “distorting the industrial competitiveness of the EU and slowing down the decarbonization process of other less demanding economies in climate issues, which could substitute natural gas for other fuels (coal or oil )”. In the opinion of the authors of the study, under a situation of prices and security of supply, long-term contracts should play a relevant role as a stabilizing element“.

In 2021, the EU imported 40% of the gas it consumed, 27% of the oil and 46% of the coal from Russia, which translated into 148,000 million euros in revenue for Moscow. Now the Brussels plan is that it is possible to dispense with 100 billion cubic meters (bcm) of Russian gas, of the 155 bcm that it imported last year by tube and ship -in the form of LNG-. The United States, Norway, Qatar or Algeria are now some of the suppliers with which the Old Continent has intensified its relations.

“Understanding the operation of the European gas markets is key to understanding its role in the coming years as a source of transition energy in the European energy mix, as long as there is no greater deployment of renewable gases, as well as the impacts of the current situation”, points out the consultant.

During the last decades, The EU has evolved in its natural gas contracting model. Before the year 2000, most contracts were bilateral and with long-term commitments. However, after the liberalization of the internal market of the EU, there was more trading in short-term markets. The prices of the Dutch TTF index became the reference for the rest of Europe.

In this way, shippers managed price risk by trading on the TTF or by tying their contracts to the price of it, even if they delivered the gas elsewhere in Europe. This made the TTF the most liquid market in Europe, which has caused producing countries (mainly Norway) to have chosen to sell part of their production directly at the ‘hubs’, reducing long-term contracts in recent years. However, these continue to represent 80% of the EU gas demand in nominal capacity: 290 bcm by gas pipeline and 70 bcm by LNG in 2021.

After the high price volatility registered in the last year, a new price index that displaces the TTF for LNG. The Agency for the Cooperation of Energy Regulators (ACER) shows that these long-term contracts could continue to be significantly reduced until 2030, being contracts with Norway the first to expire. Although the contracts with Russia have a longer duration, with some existing until 2045, although after the invasion of Ukraine there remains uncertainty about their fulfillment.

“It must be taken into account that, before the start of the Russian-Ukrainian conflict and due to the climate objectives set by the EU of climate neutrality in 2050, long-term contracts were not usually extended beyond this date, in order to boost the entry of more sustainable gases.However, given the complex current situation, Security of supply has played a very important role in the European energy strategyshowing the importance of this type of long-term contracts, given that they can play an important role in stabilizing prices and security of supply”, indicates EY.

Naturgy and Sonatrach closed the price review of their natural gas supply contract in October last year after months of negotiations, although only for 2022. The new price would be retroactively applied for volumes supplied until the end of the year. Now the two companies continue negotiating within the framework of the contractual clauses the prices applicable for 2023.

The president of the company, Francisco Reynés, has already said that the negotiation will not be quick or easy. “The situation is still not very certain, but we will reach an agreement although I cannot guarantee that it will be neither easy nor fast,” he stated. According to Reynés, the only reason why the price review was closed only for 2022 and not for three years as stipulated in their contracts is due to the “extremely high volatility of commodity prices.”

Naturgy and Sonatrach explain that the contracts currently in force were signed more than 20 years ago with validity until 2032 for an annual volume of the order of 5 million cubic meters (bcm) and involve “firm volume commitments, both supply” for the Algerian firm, and forced withdrawal of gas for the Spanish gas company via ‘take or pay’ clauses.