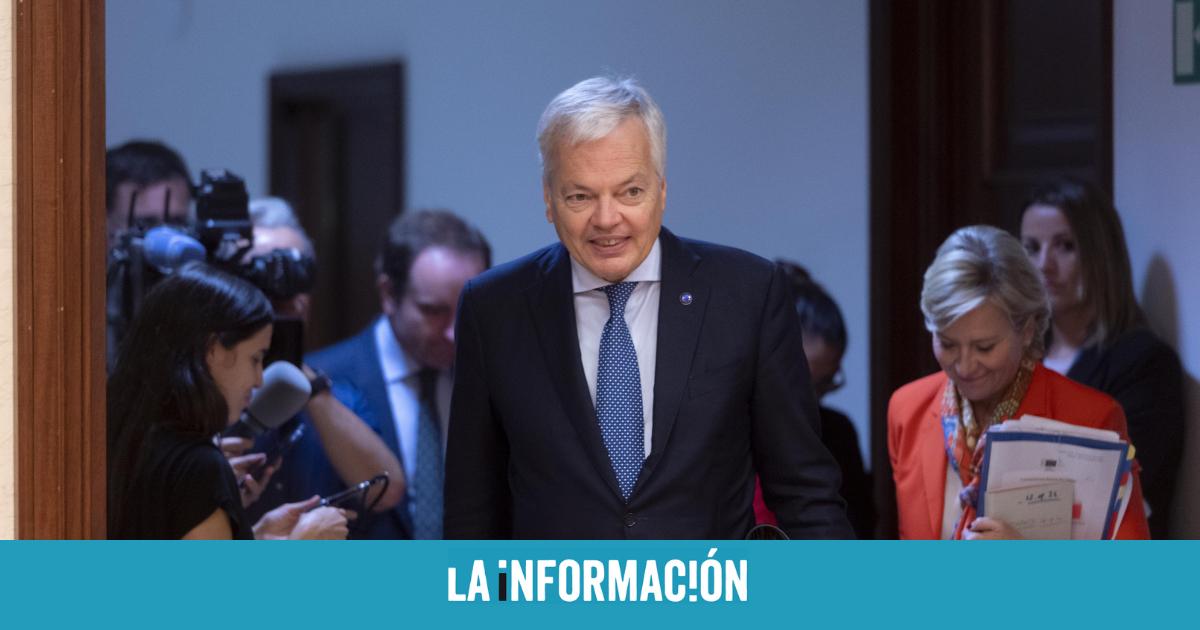 The Commissioner for Justice of the European Union, Didier Reynders, has estimated that the bloc’s sanctions against Russia for the invasion of Ukraine have led to the paralysis of assets of Russian citizens worth more than €17 billion. “We are talking about the assets of some 90 people, more than 17,000 million euros blocked in seven member states, including about 2.2 billion in Germany“, explained the Belgian commissioner in statements to the media of the German information conglomerate Grupo Funke.

The EU has so far adopted eight sanctions packages against Russia since the February 24 invasion, while Ukrainian politicians have insisted since then that money “frozen” be redeployed to post-war reconstruction in Ukraine. In this regard, Reynders has considered that it is possible as long as it is proven that this money originates from criminal activities. “In that case, it is possible to channel it to a compensation fund for Ukraine,” Reynders explained before clarifying that the paralyzed amount “is not even remotely enough to finance a national reconstruction process.” Likewise, Reynders recalled that to this sum must be added the 300,000 million euros in foreign exchange reserve of the Russian Central Bankan amount that “at least it is possible to keep paralyzed as a guarantee that Russia voluntarily agrees to participate in the reconstruction process.”

In this sense, the spokesman of the European Parliament and general director of communication of the European Parliament, James Duch, has defended that the European Union continue to impose more sanctions on Russia while the war in Ukraine lasts, and has assured that the packages that have already been applied are making Russia “become a pariah state”. “I believe that at this moment Russia has become a pariah state and we hope that at some point it will be the Russians themselves who realize it and who act accordingly,” Duch said in an interview with ‘Europa Press’.

The spokesman for the European Parliament has stressed that the round of penalties approved to date are isolating the hard core of the Kremlin and are a way of making Russia “realize that this war, among other things, It’s like a cancer for your own future”, since he considers that the sanctions are doing a lot of damage to the Russian economy. He explained that the sanctions have led to the exit of hundreds of European companies, as well as international diplomatic isolation: “They have been removed from many discussion forums on practically any type of policy”, and also in the debates in the framework of the United Nations, has added. Despite this, Duch has argued that “there is still a lot” to do in terms of sanctions, and has recalled that the European Parliament has approved various resolutions with large majorities, although not unanimously -he has qualified-, which are committed to insisting on the sanctions on Russia in the coming months.

what is a private pension plan and what companies offer it