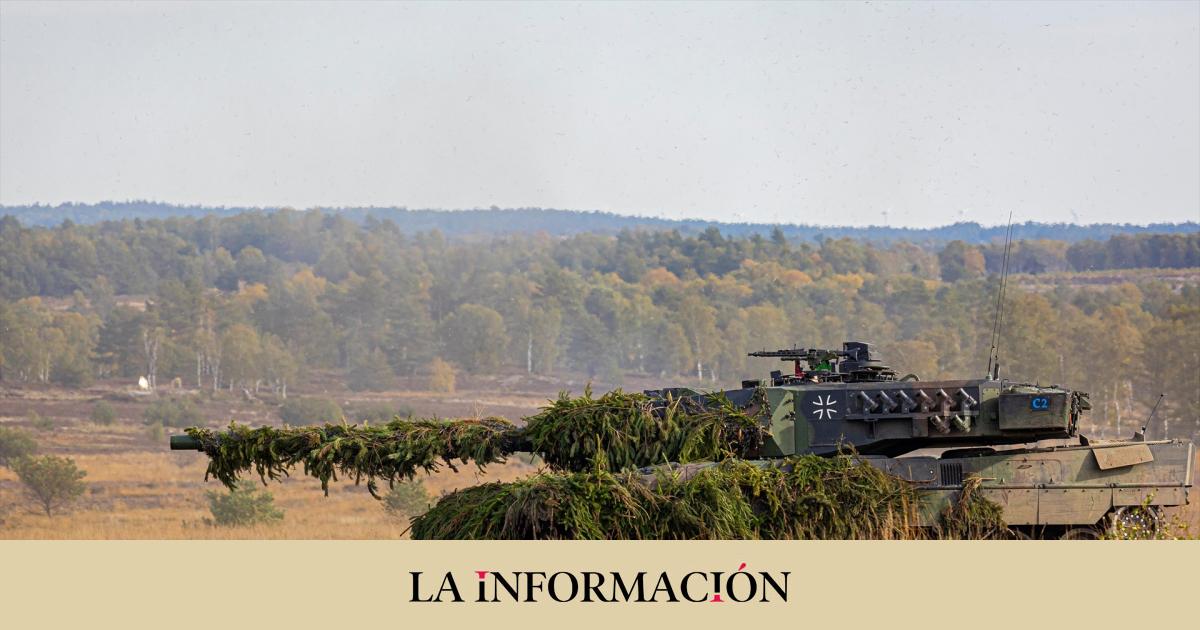 sending Leopard tanks Ukraine is on the table, the foreign ministers of Estonia, Latvia and Lithuania have heated up the atmosphere by asking this Saturday on their social networks the German Government to send “immediately” this material to assist the Ukrainian Army against the Russian invasion before the distrust exhibited by Berlin. This question will be one of the main axes in tomorrow’s meeting, Monday, which will be held by the foreign ministers of the European Union. In said meeting they will seek to give the green light to a new package of 500 million euros from the fund to supply weapons to the country presided over by Volodímir Zelenski.

Faced with the intention of the majority of the Member States to approve a new round of 500 million, the seventh since the start of the war, to pay for the shipment of arms to Ukraine, Hungary threatens to veto the decisionin a new open front in its rejection of support measures for Ukraine and to increase pressure on Russia.

“We are looking for a political agreement this Monday, if it is not then it will happen sooner rather than later,” said a senior EU official, downplaying the possible blockade of Hungary. This new plot will raise the funds made available to 3,500 million of the EU to provide lethal material to kyiv in the context of the war, and is part of the more than 11,000 million euros that Europe offered in military support to Ukraine.

In addition, the High Representative of the EU for Foreign Policy, Josep Borrell, hopes to receive the approval of the Twenty-seven to finance the mission of training of Ukrainian soldiers on European soil. With their sights set on reaching an agreement in February, the Twenty-seven will continue talks on the tenth package of sanctions against Moscowwith the first contacts during the weekend.

Although, diplomatic sources first expect a “substantial” proposal from the European Commission. “It is not a secret that some countries already want the tenth package”, they have explained, pointing out that the next steps may be to extend the cap to the price of oil to include derivative products.

Clearer seems the decision to step up sanctions against Iran for the regime’s continued crackdown on pro-democracy protests following the death of young Masha Amini. In the EU, he is concerned about the spiral of violence unleashed by Tehran and that is why he will apply the fifth consecutive round of sanctions against the Iranian authorities, adding to his ‘blacklist’ 37 people responsible for the persecution of the demonstrators.

On the table will be the debate on designating the Iranian revolutionary guard as a terrorist organization for the EU, an issue promoted by countries like Germany, but which does not arouse the consensus of the Twenty-seven and on which there is no formal proposal. Tehran has threatened that this step will bring “devastating consequences“for the nuclear agreement that the EU has been seeking to revive for months, trying to get the United States to return to the pact and Iran to commit to its full compliance.

Despite defending the independence of the EU when it comes to responding to Iran’s actions, both internally and in its military support for Russia, the senior European official has opined that “it is not a good idea” to add to theIranian Revolutionary Guard to Terrorist List affirming that it “prevents progress on other issues” with Tehran.

Facing the new situation in Venezuela

During the meeting of foreign ministers, Borrell will also open a debate on the new situation that opens in Venezuelawhere the EU aspires to recalibrate its position taking into account the changes at the regional and national level, after the cessation of Juan Guaidó as president ‘in charge’ and the greater presence of the Nicolás Maduro regime in the international sphere.

Diplomatic sources explain that the idea is to revive the contact group with Venezuela to resume relations with Caracas and try to influence a democratic way out of the crisis.