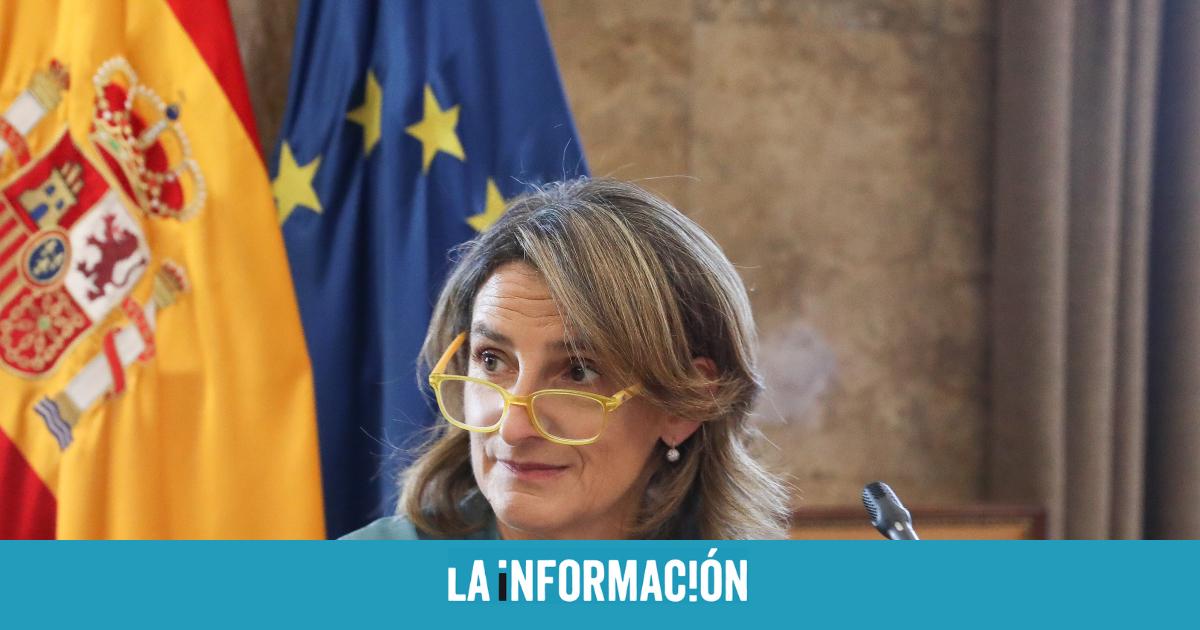 The energy ministers of the countries of the European Union (EU) will immerse themselves this Tuesday in the technical details of the agreement to find immediate solutions that make gas and electricity cheaper, reached last Thursday by the Heads of State and Government of the Twenty-seven. Based on a proposal from the European Commission and on the lines agreed by the leaders, the ministers they will debate at the energy council scheduled this Tuesday in Luxembourg a series of temporary measures that contain the price of gas and electricity while structural solutions are prepared.

The presidents and prime ministers were negotiating for more than eleven hours on Thursday, until well into the early hours of Friday, to achieve a minimum agreement accepted unanimously by the twenty-seven capitals. The conclusions of the European Council contain the essential demands of the bloc of countries that calls for more daring to intervene in the marketswhere they are located France, Italy or Spainbut with enough clauses and safeguards to reassure the most immobile States, such as Germany or the Netherlands.

Although many of the measures in the regulation proposed by the Commission could be agreed upon in the Council of Ministers by qualified majority (55% of the Member States representing 65% of the EU population), a “gentleman’s agreement” prevails so that they are not adopted without the approval of Germany, the economic engine of the EU. If the ministers do not achieve the broad consensus that is demanded of them, the President of the European Council, Charles Michel, would convene an extraordinary summit to try overcome political obstacles. If they reach a loose agreement, it is expected that another extraordinary Council of Ministers will be held in November to finalize the details.

The ministers will work with a regulation presented by the Commission that aims to fine-tune the future system of joint gas purchases, which will be voluntary character and it is expected to be operational after winter. In addition, the countries are also called upon to seek solidarity mechanisms in the event that a country runs out of gas and to further reduce energy consumption.

They will also try to advance in the design of a new index that adequately reflects the liquefied natural gas prices (GLN), an alternative benchmark to the Amsterdam TTF, which was representative for pipeline gas prices but does not respond correctly to the reality of the hydrocarbon arriving by ship, which is increasingly important in the EU. It is expected that they will also give the Commission the mandate to present, in the coming days, a formal proposal to create a “market correction mechanism” or “dynamic and temporary price corridor” to restrict the TTF index to which they are linked. most gas contracts in Europe.

Namely, would progress towards a price cap to imports which Berlin, The Hague and some Baltic and Nordic countries do not like because they fear that the suppliers will not accept to supply gas to the EU and that, in any case, would apply only until early 2023 the new GLN index goes live. However, prices on the TTF have fallen significantly from the record high 349 euros per megawatt hour (MWh) from August to 100 euros MWh this Mondaya decrease attributed in part to the warm temperatures in an EU with full gas deposits, although futures point to 145 euros/MWh in the first quarter of 2023. In parallel, it is also intended to create an “emergency brake” that allow the TTF to be frozen when it shows intraday volatility peaks, as occurs in the stock markets, an idea that generates less rejection in Germany and the Netherlands.

Ministers will also explore the extension to the rest of the EU of the “Iberian mechanism”which limits the impact of gas on the formation of electricity prices through a cap on this hydrocarbon in the marginal system, at the expense of in 2023 the electricity market will be reformed in depth. This idea, which Spain and Portugal have approved until May 2023 and which makes electricity cheaper on the peninsula without charge to the public treasury, cannot be replicated with the same result in countries with less renewable energy and more gas in the electricity mix.

For this reason, the leaders agreed that before implementing the Iberian model at a European level, a cost benefit analysisthat guarantees be given that will not lead to an increase in gas consumption and to assess whether it could lead to countries outside the EU importing cheap electricity thanks to subsidies from community consumers.