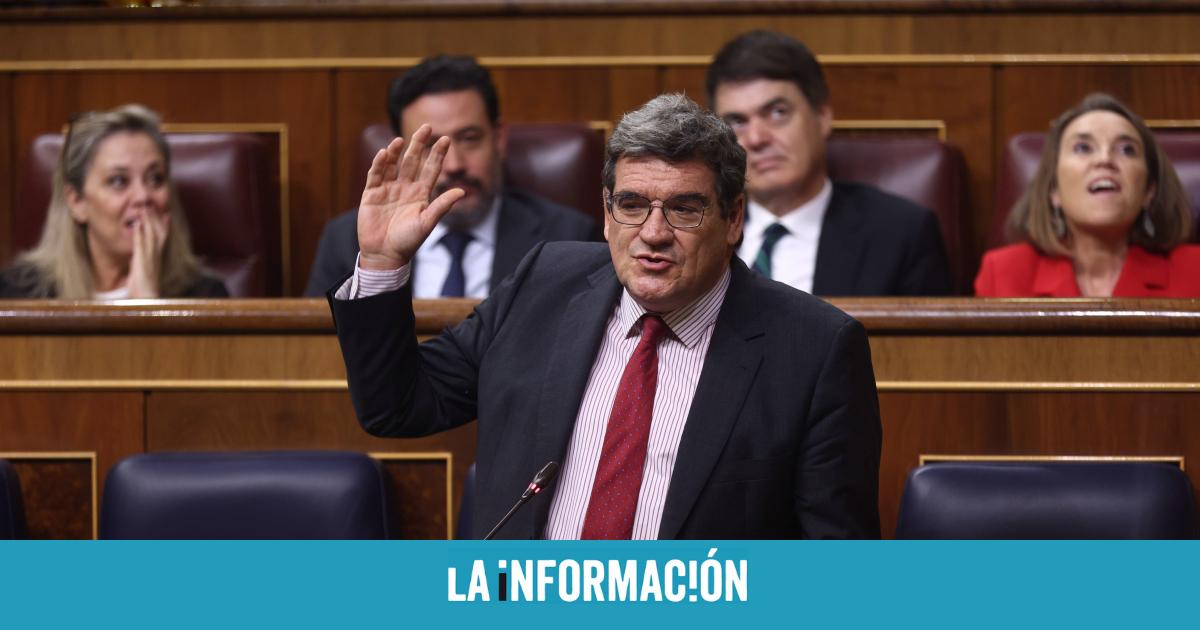 The second leg of the pension reform will be processed by fast track, as a Royal Decree-law, so that it can enter into force on January 1, that is, on the date on which Spain promised to have it ready with Brussels within the framework of its Recovery, Transformation and Resilience Plan. The verification -as Minister José Luis Escrivá advanced this Thursday- that the new law will pass directly from the Council of Ministers to the Official State Gazette (BOE) to enter into force once it is published, it has generated notable discomfort among businessmen.

The sources consulted assure that the Ministry of Inclusion, Social Security and Migration has not yet forwarded any firm or concrete proposal to the Social Dialogue Table, that they have not held any formal meeting since last September 12 and that at the moment in which a Decree-law is approved without a negotiation as such, the Executive it is skipping the social agents and the Pact of Toledo. In that meeting, it was the Secretary of State for Social Security and Pensions, Borja Suárez, who held a meeting with representatives of unions and employers.

Once the text appears in the BOE, the Government must take it to Congress for its approval or repeal one month later. It will be necessary to see if by then the Executive has the same support that allowed it to carry out the first part of the pension reform. In December of last year, with the support of the members of Unidas Podemos, the PNV and the ERC, the text that once again linked the increase in pensions to the CPI was carried out and that repealed the sustainability factor approved by the Government of Mariano Rajoy in 2013 to replace it with the Intergenerational Equity Mechanism (MEI).

If it receives the approval of the Chamber, the opposition could decide to process it as a bill to try to incorporate the changes it deems appropriate (via amendments). Entrepreneurs stress that the trap is that, once again, the parties will have to work on a law already closed and approved, and they make it clear that nothing guarantees that the Executive will not delay the processing times ‘sine die’. “More than one reform has gone ahead by the hairs. If you start at the end, you can find yourself with problems,” lament the sources consulted.

From the department headed by Escrivá, they emphasize that the deadlines would be impossible to meet if the text were processed as a bill (with a non-binding opinion of the advisory bodies and giving the groups the option to incorporate changes before their approval). and that Spain has a commitment to Brussels on which European funds depend. They emphasize that the negotiation has been focused in a different way, but that They have not stopped holding bilateral talks and some jointly with unions and employers.

Furthermore, they claim that A Decree-Law can be approved with what was agreed with the social agents and that includes “all sensitivities” although they are working discreetly to avoid the noise that usually clouds this type of negotiations. Union sources close to those conversations assure that the parties were already aware that the new law would most likely be processed in this way and point out that the Government no longer has any other option. As a bill, it could not be published in the BOE before the end of the year. “It is either a Royal Decree-law or exceed the deadline” that has been committed to the European Commission. They also agree that the negotiation has been limited to date to “inquiries and bilateral contacts.”

The second leg of the pension reform includes the modification of the calculation period (to adapt it to the new labor careers and where contribution gaps will also be taken into account) or the increase in the maximum contribution bases so that the highest salaries contribute more to the System. An increase that, in the coming decades, would also gradually follow that of the maximum pension. But, in addition, Escrivá plans to apply changes in partial and active retirement, two modalities that can help alleviate the financial pressure that Social Security currently supports and that will increase in the coming decades with the retirement of the generation of ‘ baby boom’.

The design of the gas cap produced savings of 5,660 million in three months