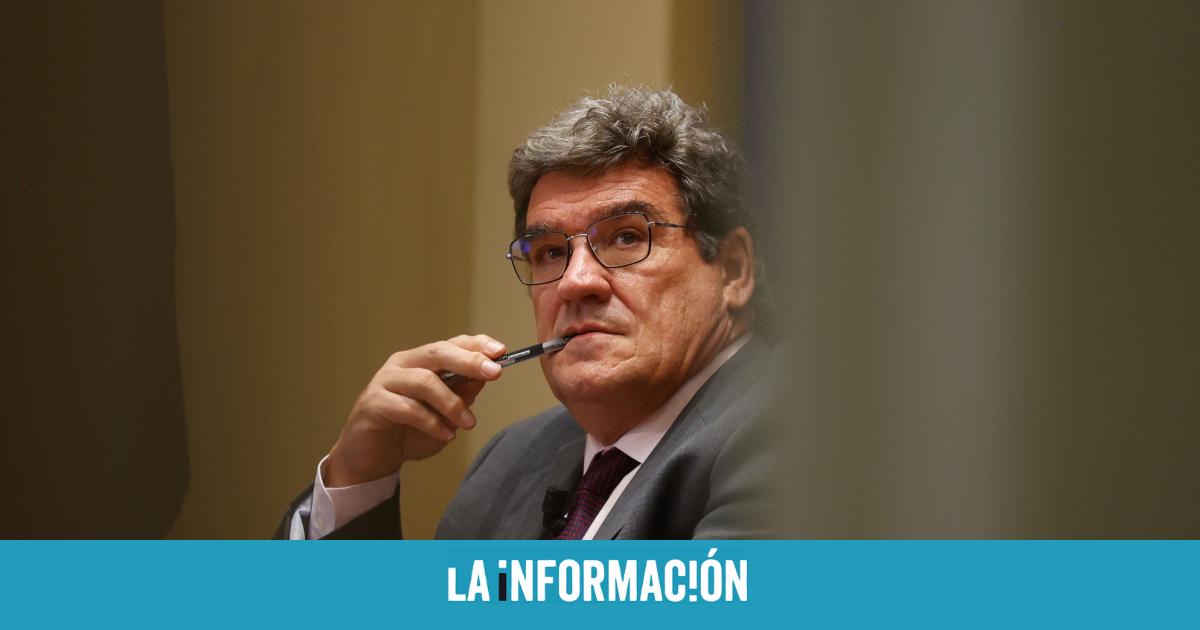 “When the proposal is sufficiently mature, which it is not yet, it will be presented to the social agents.” This will happen soon, although not immediately. In the Ministry headed by José Luis Escrivá They are working against the clock and rushing deadlines to carry out the second part of the pension reform. This should be approved before December 31 in order to enter into force next year and fulfill the commitment with Brussels in the Recovery, Transformation and Resilience Plan (PRTR).

Sources from the Department of Inclusion, Social Security and Migrations explain that the way to prepare the new battery of measures is far from how they worked in the previous phase, which served to re-link pensions to the CPI by law and that repealed the factor of sustainability approved by the Government of Mariano Rajoy in 2013 to replace it by the Intergenerational Equity Mechanism (MEI). This mechanism, which will operate as of January 1, 2023, will make it possible to endow the Reserve Fund for the first time in more than a decade with 2,793 million euros.

They are collecting proposals to put a paper on the table that “collects all sensitivities”, but they are doing it with absolute discretion, trying to avoid brawls and fanfare that could cloud the process. They assure that there are significant changes and issues that are still being debated, but all in the background until the negotiation starts as such. From this phase it is expected that the Executive will give the green light to the modification of the calculation period (an increase in the number of years worked that will compute to set the pension is planned) or the increase in maximum contribution bases. Two changes that arouse suspicion among the social agents and the government partners of United We Can.

The Ministry is also studying modifying partial and active retirement, as Escrivá himself recently acknowledged. The objective is to take some pressure off the System, especially in the coming decades (especially between 2048 and 2050, when financial stress will be maximum due to the retirement of the majority of workers from the ‘baby boom’ generation). All these measures are forming part of the preliminary talks with unions and employers and, according to the same sources, the fact that nothing is transcending to date implies that the philosophy that has been applied on this occasion -that of not working with preset proposals- is giving results.

Social agents are more skeptical and have come to doubt that the reform will be ready in time and form. The unions are concerned about the complexity of the issues that the Government left pending for the final stretch of the year due to tight times. Also, that the Executive has not presented detailed or firm proposals so far, something that the employers also regret. This fact and the fact that the negotiation and the reform itself have been ‘cut into pieces’ have been widely criticized by the representatives of the workers and employers.

The CCOO leader, Unai Sordo, warned on Wednesday from Ceuta that the agreement is not as close as “some want to move”. From his point of view, this should revolve around a structural improvement in Social Security income, which would involve unlocking the maximum contribution bases so that higher wages contribute more to the system. This measure should be complemented with a progressive improvement of maximum pensions in the future.

And the skepticism of unions and employers is also due to the fact that neither one nor the other is convinced by the measures applied in the first section of the reform. In this regard, Minister José Luis Escrivá has been emphasizing that the decisions adopted to date give “certainty” to pensionerswho maintain their purchasing power in an environment of strong volatility and very high inflation – to whose negative effects they are more sensitive than other groups of the population.