Escrivá announces 102,000 more jobs in October despite the “uncertain environment” 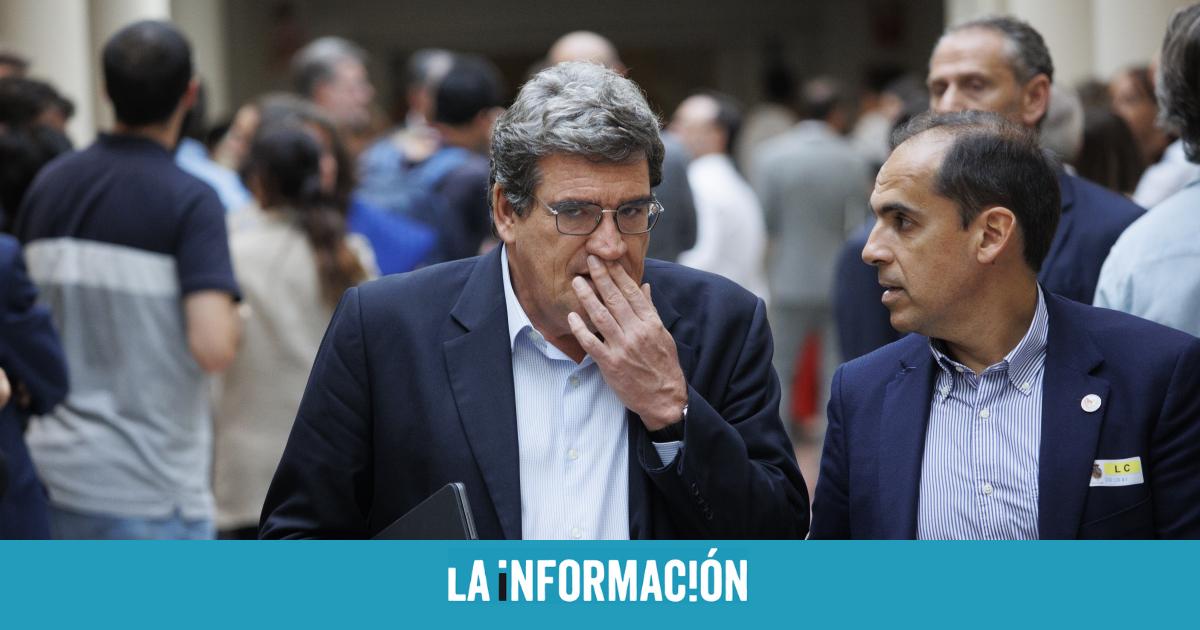 The Minister of Inclusion, Social Security and Migration, Jose Luis Escriva, expects that the month of October will close with 102,000 more affiliates to Social Security in average terms, which demonstrates, in his opinion, the “extraordinary resilience” of the labor market in an “uncertain environment” like the current one. At a press conference to present the Advance of data of the affiliation to the Social Security of October, Escrivá has indicated that, in seasonally adjusted terms, some 15,000 jobs will be created in October.

The minister highlighted that Social Security has gained more than 750,000 contributors since August 2021, 400,000 of them in 2022, of which the majority, around 90%, are located in the private sector. Escrivá has highlighted that, in addition to continuing to create jobs, their quality is being boosted “Overwhelmingly” for labor reform. Thus, 84% of contracts are now indefinite, fourteen points more than before the reform. In young people, the proportion of them with indefinite contracts is 7 out of 10, compared to 4 out of 10 before the pandemic.

With regard to pensions, he refuses to establish in the current pension revaluation formula “escape clauses or rules” that make it possible to prevent pensions rise according to the CPI. From some organizations such as Fedea and Esade, it has been proposed to graduate the revaluation of pensions given the exceptional nature of inflation and the high cost that raising them in 2023 will involve by around 8.5%. Thus, they consider that the highest pensions should not rise with inflation and do so in a much lower percentage.

Specifically, he stressed that, conceptually, “he does not see the need” to establish these escape clauses for reasons of sustainability or fairness of the system. Moreover, the minister has underlined that where there are equity problems is in the distribution of the burden of the crisis, which is being borne mainly due to the wages of the workers and not by business margins. The minister has indicated that the maximum pension in Spain is low compared to that of other countries, since it is around 39,000 euros per year and only 7% of pensioners receive it, so that, if the aim is to save money by system, it would be more useful to act on medium and low pensions, something that, of course, is ruled out.

The minister hides behind the fact that the growth in income that Social Security is experiencing allows to finance “perfectly” the revaluation of pensions with the CPI, since there is no problem of imbalance in the accounts. Thus, the minister is “surprised” by the proposals made by the aforementioned ‘think tanks’, to whom Escrivá has reminded them that the opinions on pensions are channeled through the Toledo Pact and that it is in that forum where the proposal to include an escape clause should have been made, which does exist in the case of fiscal rules. “When this was discussed in the Toledo Pact no escape rules were raisednot even some of those who propose it now and who went to the Toledo Pact raised it”, said the minister, who recalled that a law is now in force that will revalue pensions with the CPI every year, as a result of the social agreement and the dictates of the Pact of Toledo.

As to whether the criticisms of CEOE to the rise of the maximum bases of contribution by 8.6% for 2023 can cloud the negotiation of the pending fringes of the pension reform, Escrivá has indicated that “there is not, in any case, a confrontation” between his Ministry and the bosses, but different “positionings”. “We do not believe that this should affect the negotiation in any way”, pointed out the minister, who added that contacts and conversations continue to take place with various groups and that when things are “quite settled”, they will proceed to convene again the social dialogue table on pensions. The minister has indicated that raising the maximum contribution bases according to inflation, “which is the logic of what we want to do in the medium term”, will transmit “certainty and predictability” where there was none before.

Regarding the mobilizations announced by the unions due to the lack of personnel in the Social Security offices and the delay in the start-up of the State Social Security Agency, Escrivá has affirmed that there are “places and budget” to expand the template and that it is being seen how to speed up the calls for oppositions. Regarding the Agency, he has assured that the social agents already have a draft of the law in their hands and that they have not yet given their response.

In relation to whether the forecasts contemplated in the 2023 macro chart of reaching 21 million employed will be met, the minister has indicated that the Government has been “getting it right year after year” in its projections, sometimes even falling short. “We have a lot of data and a lot of information and our forecasts are more accurate and of better quality than those of others”, remarked the minister, who added that the Independent Authority for Fiscal Responsibility (AIReF) has endorsed the Government’s estimates. Precisely, he stressed that AIReF is the only institution, apart from the Ministry , which has its own capacity, instruments and models to make forecasts “specific” expenses and Social Security income.

The unions ratify with the Treasury the salary increase for officials