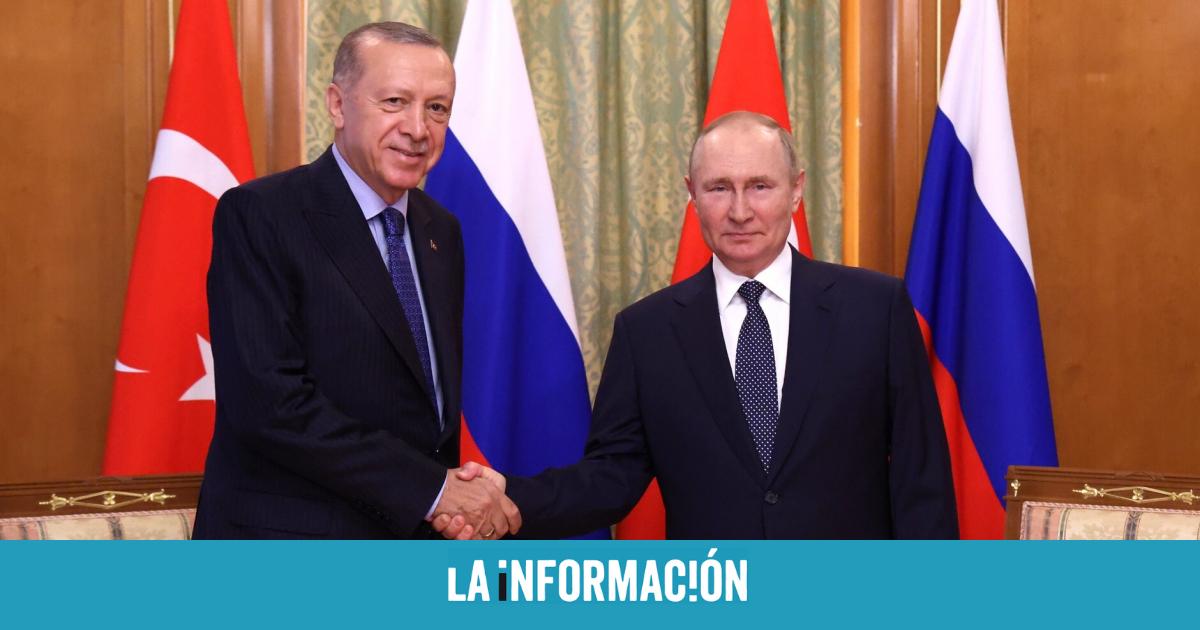 Russia will export grain free of charge to developing countries in Africa such as Sudan, Somalia either Djibouti, as announced on Friday by the President of Turkey, Recep Tayyip Erdogan. The president has announced it when commenting on the talks he has had with his Russian counterpart, Vladimir Putin, to reactivate the Ukrainian grain export agreement. Erdogan has exercised mediator for Russia to return to export agreement of grain from Ukraine, thanks to which they have already left the latter country 10 million tons since July, according to United Nations estimates.

The President of Turkey has stated in a speech broadcast live on the Turkish public broadcaster ‘TRT’ that “support low-income countries, the poorest”. “When we spoke the day before yesterday, Putin told me: ‘This grain should be sent for free to countries like Djibouti, Somalia and Sudan,'” he explained. “I agreed and we said that we will talk about this extensively in the G-20“added the president in reference to the G20 leaders’ summit, scheduled for the middle of this month in Bali (Indonesia) and to which Putin is invited.

In the same speech he gave during the opening of a business fair in Istanbulthe Turkish president mentioned that he had spoken this Thursday with the Secretary General of the United Nations, António Guterres, to ask him to discuss the fate of food exported from Ukraine under the G20 summit. agreement signed in July between kyiv and Moscow.

“Shall we send these cereals Y fertilizers to the rich countries or to the low-income, the poor, the dispossessed? You have to take steps in this“, Erdogan has said. Of the almost 10 million tons of agricultural products exported since August from Ukraine under the agreement, almost half has gone to western european portsmore than a third to the Asia-Pacific region, mainly China, and 1.3 million tons to Africaespecially Egypt.

Spain leads the list of recipients of Ukrainian cereal since August

Spain, Portugal and France set a deadline to present the BarMar to the EU