Díaz forgets in a month his offer to hit shopping baskets 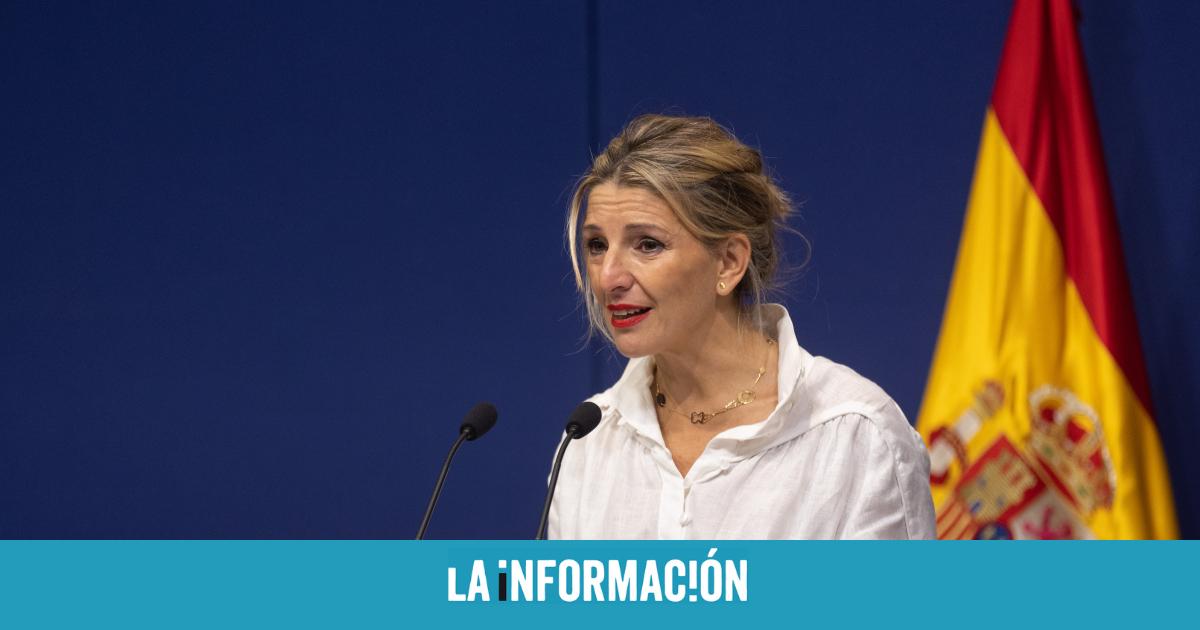 “A basic shopping basket until 2023”. This was the star measure of the second vice president, Yolanda Díaz, a week before making public the team she was going to have to launch her political platform ‘Sumar’. For days, it generated a great debate and the measure seemed imminent when both she and the Minister of Consumption, Alberto Garzón, met with the employers to discuss the proposal of the Carrefour supermarket chain to offer a ‘cart’ of 30 products for thirty euros. “It will be a basket with fresh products, which will rotate every week“, he sentenced after the meeting more than a month and a half ago. But since then there has been no trace of this measure, although the minister already warned that it was a proposal to carry out the companies in the sector.

The scenario in Spain regarding the rise in prices has been improving over the weeks. Thus, in the latest preliminary data published by the National Statistics Institute (INE), inflation in our country stands at 7.3%. Namely, 1.6 points less than in September. Although the figure is still high, it is already far from the two figures of a few months ago. What has pushed the economy minister, Nadia Calviño, to boast about the current scenario. “It represents a reduction of a third with respect to the maximum level that was reached in July, and allows us to foresee that this downward path will continue in the coming months”.

From the employer’s association they assure this newspaper that they prefer not to make any kind of assessment of the silence that is maintained from Diaz’s environment regarding this measure. Last September the associations that represent supermarket companies, Asedas, ACES, and the employers’ association of large surfaces, Anged, attended the meeting with Díaz and Garzón. But there, they told the two ministers to put a cap on the prices of basic products would be inefficient and lead to market distortions.

Diaz’s proposal pushed the Popular Party to make a proposal on raising prices in supermarkets. Its leader, Alberto Nuñez Feijóo, asked during his speech before the Executive Committee of the PP at the end of September to lower VAT on basic products in the shopping basket, such as meat, fish, oil, water, pasta dried or canned, from 10% to 4%”. A measure that he defined as “reasonable” and “considered”. But this offer has not been attended by the Executive.

Since the measure of capping gas prices became effective, there has been a continuous debate on limiting the price of other goods in the different sectors. Thus, after the proposal to freeze the prices of supermarket products, today the different political partners of the Government exert pressure on the Socialists to also cap mortgages. A measure -the latter- that is being negotiated with the banking sector and that seems to be able to go ahead. Although on this last debate, Vice President Díaz has had a secondary role, her statements have been continuous to try to influence the future pact.

That proposal to bump into the shopping cart became Díaz’s first major initiative far from the powers of his ministry. Despite this, it has not had an apparent success and everything has remained a dead letter. A reality that strengthens the socialist wing of the Government, led by Minister Calviño, who was reluctant to approve another new cap on the market.

Retail sales slow their advance in full cooling of the economy