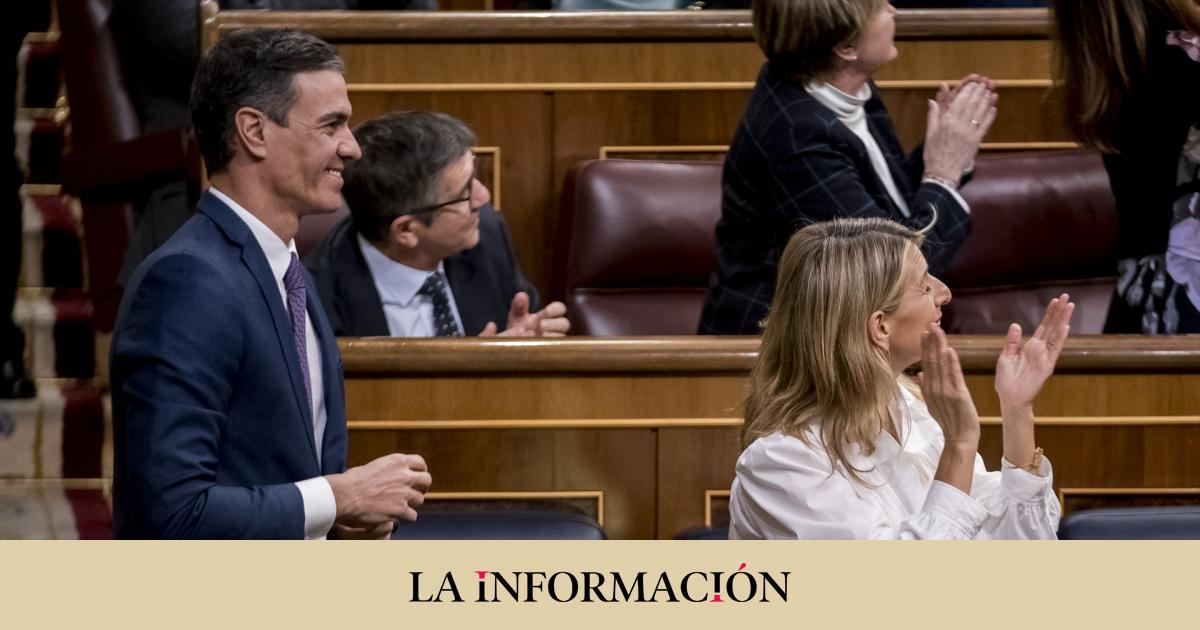 The plenary session of the Congress of Deputies has validated this Tuesday the Royal Decree on new incentives for employment with the aim of encourage permanent hiring, which also incorporates the special unemployment benefit for artists. The norm has been approved with 200 votes in favor and 146 abstentions, it will be processed as a bill by urgent procedure.

For her part, the Second Vice President of the Government and Labor Minister Yolanda Díaz declared that “the system of incentives forLabor recruitment was deficient and was not even serving to create employmentmuch less to promote stable and quality jobs”. Specifically, the measure has added to the votes of PSOE and Podemos the support of PNV, ERC and Bildu, among other groups, while PP and VOX have chosen to abstain.

The second vice president has defended that the new scheme has as its “centre” the full-time permanent contract and recalled that companies that receive bonuses are obliged to maintain the term of the contract for at least three years. He has also highlighted that with the new framework, instead of calculating the bonuses by percentages, amounts are set, which makes it “more transparent and less regressive. As for the groups, he has stressed that special attention is paid to young people, the long-term unemployed or workers with disabilities, among others.

Several groups, including VOX and PP, have criticized that the new incentive scheme has been proposed in the form of a Royal Decree Law without justifying its urgency and they have recalled that the rule enters into force in September. They have also questioned the changes in the incentives in the maternity substitution contracts, which go from being 100% subsidized to having a bonus of 366 euros per month. “It is a punishment for conciliation,” criticized the PP deputy, Mario Garcés.

Regarding this, Díaz has defended that maternity or paternity are not a “cost” for which employers must be paid and that they have been reoriented to stimulate the entry of young people into the labor market. The vice president has also valued in her intervention the approval of the special unemployment benefit for the cultural sector as well as being able to make the retirement pension 100% compatible with artistic activity.

This benefit eliminates discrimination against artists, he has defended. From the PP they have also criticized that this benefit is insufficient and that it will only reach “17,000 people compared to the 70,000 expected”