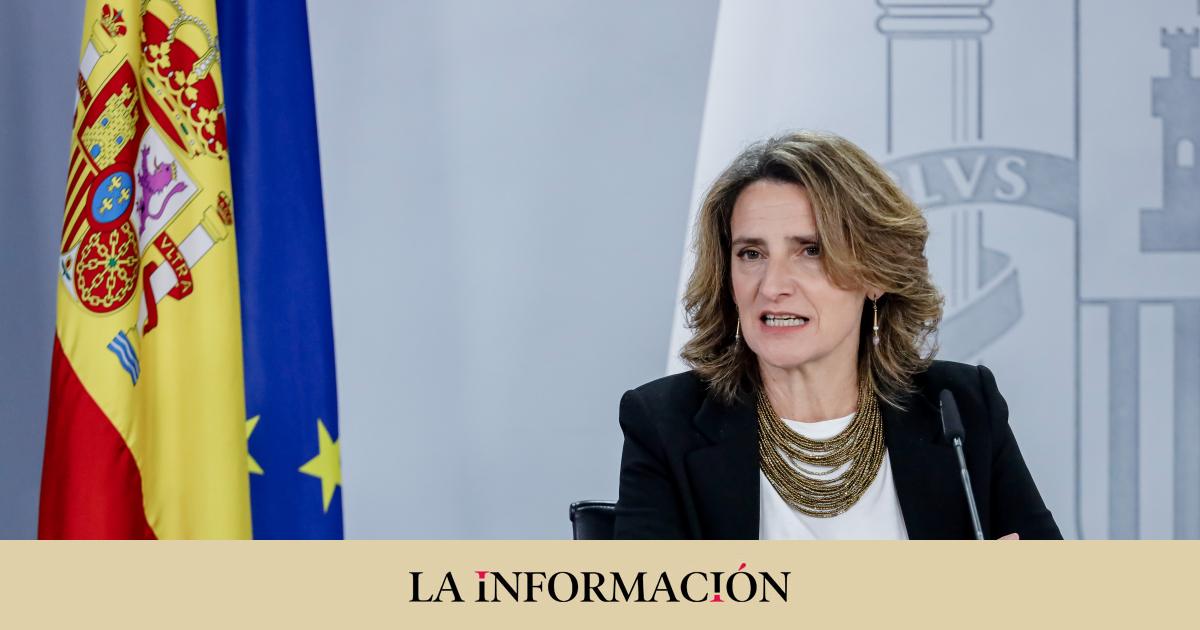 The Council of Ministers has approved this Tuesday a Royal Decree that regulates the System of Energy Saving Certificates (CAE). With this, a new market will be created that will make it easier for energy traders to comply with their savings obligations, giving them the option of voluntarily substituting a percentage of their payments to the National Energy Efficiency Fund (FNEE) for certified energy savings.

This was announced by the third vice president and minister for the Ecological Transition, Teresa Ribera, at a press conference after the Council of Ministers. Directive 2012/27/EU, on energy efficiency, urges Member States to create a mechanism that allows assigning gas and electricity marketing companies, wholesale oil product operators and operators of retail liquefied petroleum gases, a annual quota of energy savings at the national level according to its saleswhich in the Spanish case has only been possible up to now in equivalent financial contributions to the FNEE.

In this sense, and in order to “reinforce the volume of savings required by the Directive and energy efficiency actions”, the Government is committed to establishing the CAE system, which will allow companies subject to an annual energy saving quota to voluntarily substitute a percentage of their payments to the FNEE for certified energy savings, coming from investments in energy efficiency. “CAEs are a successful formula in other countries, such as France, which has managed to multiply its annual savings capacity,” they underline from Ecological Transition.

Specific, companies will be able to identify saving measures according to a catalog of actions related to air conditioning, improvement of the envelope, lighting, mobility, industrial processes, etc., whose execution will allow obtaining the CAE (one CAE is equivalent to 1 kWh saved). A ministerial order will soon approve this catalog. The companies will present the savings results to an independent verifieraccredited by ENAC.

Ribera has detailed that after sThey will register on an electronic platform operated by their ministrywhile the autonomous community where the action has been taken will issue the corresponding CAE, with effect throughout the national territory. The CAE registered on said platform may be liquidated or may be tradedallowing other obligated companies to acquire them and proceed to their liquidation to comply with their obligations.

The obligated subjects may operate directly or contract the services of accredited companies, called delegated subjects. The platform will also allow an inventory of all these agents and trace the operations carried out with the CAE during its three years of validity. On your side, a pending ministerial order will detail the figures of the delegated subject, the energy saving verifier and the national CAE registry.

“The system fencourages investment in efficient technologies, reduces consumers’ energy bills and allows them to obtain compensation for these savings, from the moment that the energy traders buy said savings from the owners of the installation, property or process in which the action that justifies the issuance of CAE is carried out. This is particularly relevant in the industrial field,” they point out from Ecological Transition.

European regulations require obtaining national energy savings of 0.8% per year over the average final energy sales for the years 2016, 2017 and 2018 until 2030, so that Spain must reach an accumulated saving of 37,206 ktep (equivalent ton of oil) at the end of the decadecompared to the target of 15,900 ktoe of accumulated savings that had to be achieved in the 2014-2020 period.

The department headed by Ribera points out that the subjects obliged to comply with the savings requirement will now have two mechanisms to comply, such as the FNEE and the CAE. The ministry foresees economic contributions to the FNEE of 235 million euros this year15% more than in 2022. The approval of the CAE system is one of the measures provided for in the +SE Plan.

A provision has also been included in the Royal Decree with which the budget that regional Administrations can allocate to the management of programs to promote self-consumption and electric mobility (Moves III) is increased to 5%.

plans of the great

The Executive proposed in October last year that large companies prepare and publish their own plans to contribute to energy savings based on the results of the energy audits that they had to carry out since 2016. However, the Ecological Transition has not received a single document, according to Ribera herself.

These plans would be uploaded to another electronic platform enabled by Transición Ecológica and would be publicly accessible. The companies could also report every six months on any progress in the implementation of the respective plans.

The Executive has also given the green light to a Royal Decree that reviews the hydrological planning of a dozen river basin districts for the period 2022-2027. Specifically, the text includes the revision of the hydrographic plans of the Western Cantabrian, Guadalquivir, Ceuta, Melilla, Segura, Júcar districts, as well as the Spanish part of the international rivers shared with Portugal: Miño-Sil, Duero, Tagus , Guadiana; and with France: Eastern Cantabrian and Ebro.

One of the issues that has given rise to the most controversy is the establishment of ecological flows in the Tagus River, which will mean a reduction in the volume of transferable water from the Tagus to Segura. Ribera has guaranteed the Government’s commitment to Levante but has warned of the need to anticipate to ensure the availability of water in areas with the greatest risk in terms of water resources.