Catalonia, Murcia and Valencia will exceed the deficit set by the Treasury until 2024 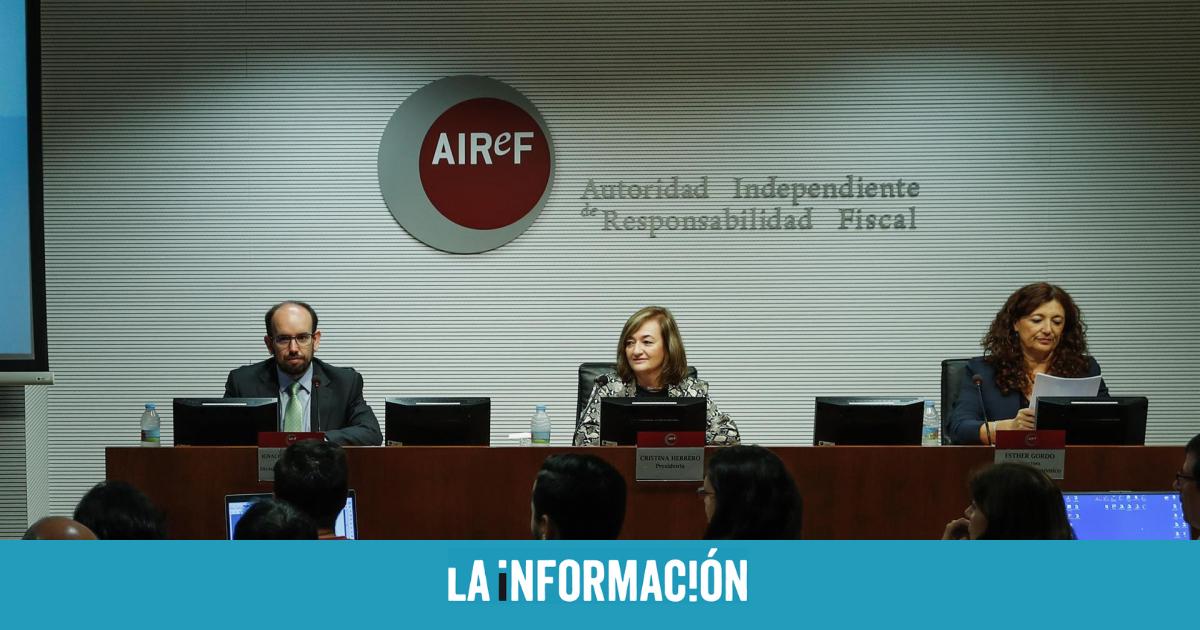 The autonomous communities as a whole will significantly reduce their deficit next year. The imbalance of its accounts will go from representing 1% of GDP at the end of this year to just 0.1% next. Coinciding with the election year, the autonomies will be able to benefit from a 23.9% increase in the resources of the financing system -up to the record figure of 135,274 million euros- and from a settlement that is once again positive after the exceptionally negative value of 2022 (in the budgets that are in force, the Government allocated 7,004 million to cover, among other things, the negative settlements of 2020). However, this good joint data does not hide the fact that three autonomies will be unable to stick to the expected deficit path until at least 2024 and that two of them will far exceed that desirable scenario.

The warning is made by the Independent Authority for Fiscal Responsibility (AIReF) in its opinion report on the Budgets of Public Administrations for 2023, which incorporates the autonomous communities and local entities. This document states that Catalonia, Murcia and the Valencian Community will not be able to stick to the -0.3% reference that the Government has set for them in the absence of fiscal rules (Brussels keeps them suspended for the member states until 2024 and Spain has done the same, although it has committed itself with the community authorities to maintain a consolidation path).

They will be, in fact, the only three autonomies that maintain a larger hole than expected for the subsector in public accounts both this and next year. At the close of this yearfor which the Executive of Pedro Sánchez has set a deficit of -0.6% for regional governments, AIReF forecasts that Castilla y León, Extremadura, Castilla-La Mancha and Andalucía will not be able to adjust to it either. These four territories will manage to redirect their situation next year despite the higher spending that, it goes without saying, will come in the face of the regional and local elections that are held in May.

In this way, Aragon, Asturias, the Balearic Islands, the Canary Islands, Cantabria, Castilla y León, Extremadura, Galicia, Madrid, Navarra, the Basque Country and La Rioja could close next year with a surplus or balance; Andalusia with a deficit of 0.1%, Castilla La Mancha could reach a balance close to the reference indicated for the subsector and Catalonia a slightly higher deficit. Only for the Region of Murcia and the Valencian Community, AIReF continues to estimate a deficit of more than 1% of regional GDP.

In the path that the body has outlined in the medium term, the irregular evolution of the resources of the financing system linked to the liquidation of previous years will contribute extraordinary temporary resources (because the collection in 2021 and 2022 increases more than expected due to the improvement in activity and the strong rise in inflation). Thus, in 2024, the autonomies as a whole will register a surplus of 0.4% of GDP, which will deteriorate until they reach equilibrium in 2026, year with a liquidation of the financing system at normal levels.

The impact of the latest tax cuts announced

In 2023, the complex will register 700 million euros less in collection due to the tax measures adopted in previous years (in personal income tax, equity…) and incorporated in payments on account of the financing system. Most of those that have been recently announced will be visible in income from 2024. The changes approved on personal income tax in Andalusia, Murcia, Madrid, the Valencian Community and Castilla y León, are already applied to income for 2022 ( so its impact will be transferred to the liquidation of the system that is practiced in 2024 and to the installments on account of that year).

The other measures announced on personal income tax that affect the income of 2023 will have their effect on the income of the autonomies in 2024. The body chaired by Cristina Herrero sets in 1,900, 1,500 and 1,100 million euros, the net impact of personal income tax measures in 2024, 2025 and 2026, respectively, with the greatest effect concentrated in Madrid, Andalusia, the Valencian Community and the Canary Islands. The additional bonus of 25% in the share of Wealth Tax adopted by Galicia, which is estimated at 17 million euros, will also affect 2024.

The cost approved by the covid that is already structural

With regard to spending, after stronger growth in 2023, the Fiscal Authority projects a more moderate increase once inflationary pressures have been overcome and fiscal rules are resumed. “The evolution of jobs in the medium term will be conditioned by the remission of inflationary tensions and the return of fiscal rules,” says the supervisory body. After the growth forecast for 2023, AIReF considers for the following years a more moderate inertial evolution of spending not associated with European funds or personnel. In what has to do with the remuneration of employees, the evolution is marked by the agreement reached with the unions at the national level, once the measures announced by the community have been applied in 2023.

The rest of public consumption, associated above all with health and education, will resume an evolution in line with that registered before the pandemic. Yes ok, more than 40% of the increase in spending associated with covid has a “structural nature”, notes his report. AIReF foresees a contained evolution of capital uses not linked to European funds (both structural and associated with the Recovery, Transformation and Resilience Program) due to the need to execute the expenses of the projects linked to these funds. On the other hand, the return to fiscal rules will also contribute to the moderation of spending growth.

What pension remains with 40 years of contributions: penalties, requirements and bonuses