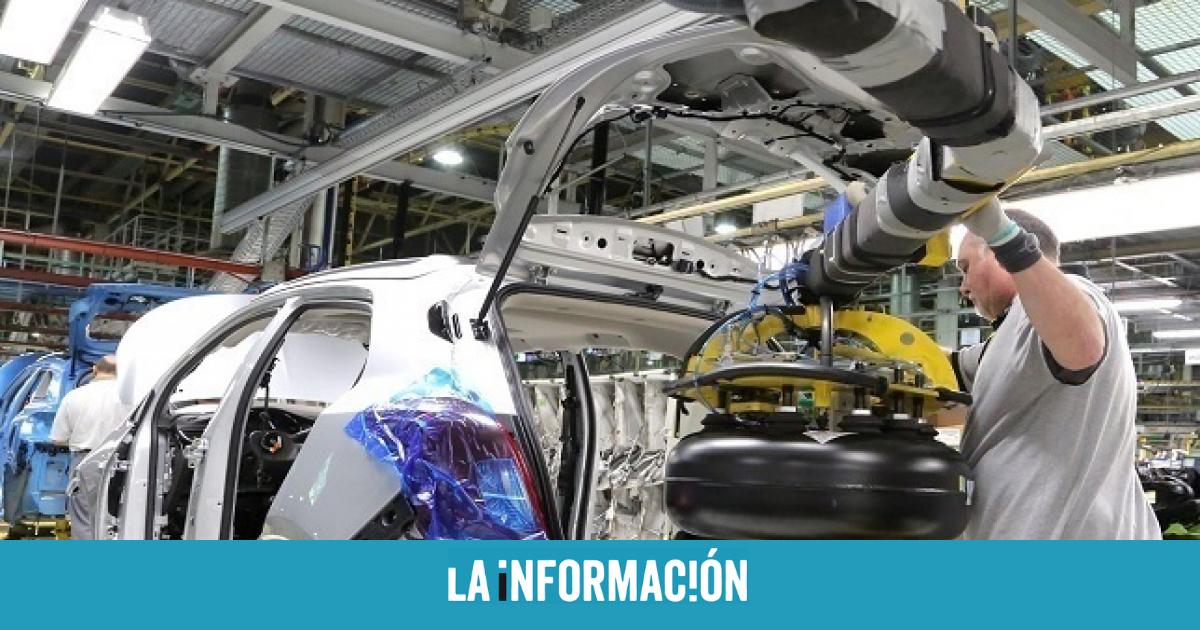 During the last few months, announcements from large companies have become common for transform their vehicle fleets, usually diesel or gasoline, towards other less polluting technologies. Among the options available to them, they choose to acquire new units or transform the fleets to other technologies considered cleaner, such as electric vehicles.. But if there is a fashionable technology, that is the autogas, known in the industry as liquefied petroleum gas (LPG).

This fuel, formed by liquid combination of propane and butane, is positioning itself as the economic alternative for many of these companies to continue operating normally. In Spain there are more than a thousand autogas supply pointsusually managed by the big oil companies (Repsol, Cepsa or Disa).

Firms usually frame these changes in the need to adapt to the current energy situation, the economic savings that they may entail, participate in the renewal of the automobile fleet or to align with the objectives of decarbonization of the automotive sector. But there is another great reason that they do not usually mention: from 2023, all Spanish cities with more than 50,000 inhabitants must have new low emission zonesas established by the new Law on Climate Change and Energy Transition approved a few months ago.

This new regulation, which cities adapt in a general way with the imposition of limits to the access of the most polluting vehicles to its historic quarters. And it significantly affects logistics companies and urban transport, either for goods or people, since they will not be able to access these areas with diesel vehicles. Given the need to continue with their work, there are more and more companies in these areas that choose to transform their vehicle fleets to LPG, avoiding the environmental labeling set by the DGT at the lowest possible price.

Cheaper than diesel and gasoline

The low price of autogas -between €0.80 and €1.10 today, as it is tax-reduced- compared to the cost of gasoline or diesel -between 1.70 and 2 euros without rebates- are attracting companies whose fleets cover many kilometers a year, as is the case with VTC license holders or large supermarket chains. Between 2017 and 2019, the units of LPG vehicles registered in Spain multiplied by six: from 4,466 to 24,304. After the fateful 2020, sales fell to 15,350, according to the latest Ideauto data, from 2021.

According to DGT statistics, between 2017 and 2021 the vans multiplied by four that made use of other fuels other than diesel or gasoline, such as LPG. Although it does not break down data, this value, which has gone from 71,433 to 278,305 in five years, shows how decarbonization obligations are having a knock-on effect on new acquisitions. The production of these vehicles in our country has remained stable at around 20,000 units.

But the real business lies in the installation of LPG in vehicles that have gasoline engines, of which there are no specific data beyond the interest proclaimed by the auto repair industry itself, which has triggered the training for its employees in this area. Xavier Martínez, president of the Liquefied Gas Association, points out as a reference that this 2022 “the milestone of 100,000 tons consumed in one year will be exceeded for the first time.” The CORES data also confirm the year-on-year increase in demand by 27% until September.

Today, It barely takes 1,500 euros for a vehicle to be considered ‘eco’ and can continue to circulate freely through the center of a city. There are cases, such as Madrid, where there is even a bonus being able to park them for free despite the physical limitations of space that historic centers have. Once implemented and approved, the DGT grants a new environmental rating and the vehicle, normally gasoline, goes from being type ‘C’ to ‘eco’, although it can always continue to use gasoline. No one is going to monitor the use of autogas, or measure the vehicle’s emissions once it is driving through the center of the city.

In fact, it’s not hard to find public statements by fleet owners admitting that they will execute this trick that distorts environmental regulations. La Información has contacted an entrepreneur dedicated to these transformations who recognizes that “the labels are not well raised”, since it allows this situation to occur, as well as the fact that there are “hybrid models with large displacement that are very polluting”. From the Gas Liquefied association they are also aware that the number of conversions “does not stop growing”, especially in taxi fleets.

Besides, his inclusion in the MOVES plan has made many companies opt for the acquisition of vehicles that already have this technology, subsidized with between 1,800 and 15,000 euros in the first and second calls of the support program launched by the Government, whose efficiency has been questioned by organizations such as the Bank of Spain . Also the Treasury, through tax deductions, or some autonomous communities, through subsidies, have tried to encourage their purchase.

As of 2030, he hopes that it can be produced with renewable sources, giving rise to autobiogas, “which has the potential to reduce its emissions by 90%.” That is why he does not believe that there are reasons why these technologies should not play a key role in the new European energy paradigm: “as a sector, we are ready for the future, and if climate neutrality is respected, we will continue to play a key role “, he concludes.